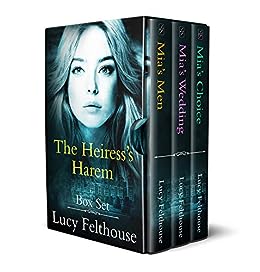 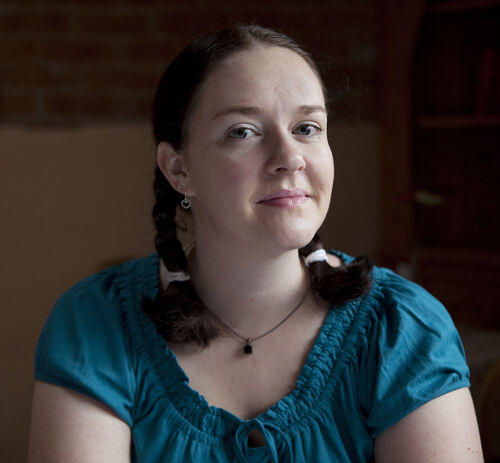 by Lucy Felthouse (Author) Format: Kindle Edition
See all formats and editions
Sorry, there was a problem loading this page. Try again.
How does a young woman go from being a long-term singleton, to having four gorgeous guys? Find out in The Heiress’s Harem box set.

Contains the complete series, all three books for the price of two—Mia’s Men, Mia’s Wedding, and Mia’s Choice.

Mia's world has fallen apart. Then, just when she thinks it can't possibly get any worse, it does.

Mia Harrington’s father just lost his brave battle with cancer. Naturally, she’s devastated. With her mother long-since dead, and no siblings, Mia has a great deal of responsibility to shoulder. She’s also the sole beneficiary of her father’s estate. Or so she thinks.

Unbeknownst to Mia, her father made a change to his will. She can still inherit, but only if she marries a suitable man within twelve months. If she doesn’t, her vile cousin will get everything. Determined not to lose her beloved childhood home, she resolves to find someone that fits the bill. What she isn’t expecting, however, is for that someone to be into sharing women with his best friend. In the meantime, Mia’s friendship with the estate gardener has blossomed into so much more.

She can’t possibly plan to marry one man, while also being involved with two others …or can she?

Planning a wedding is stressful enough, and that’s without a harem of gorgeous men to deal with.

Mia Harrington has had a difficult time of it lately—her father’s illness and subsequent death, then finding out she must get married if she is to inherit what’s rightfully hers. Fortunately, she’s tough and resourceful, and has emerged relatively unscathed from this period, as well as finding herself a suitable husband.

However, things are far from simple. Mia might be planning to marry investment banker Elias Pym, but she’s also having a relationship with his best friend, Doctor Alex Cartwright, and is in love with her gardener, Thomas Walker. Add to that broken dates, flashy proposals, a sexy Asian tech billionaire, and a nosey housekeeper, and you’ve got a situation hectic enough to drive even the most capable person to distraction. Can Mia juggle her men, her job, and the wedding arrangements, or is her happily ever after over before it has even begun?

But what happens after the wedding?

The last few months of Mia Harrington’s life have been tumultuous, to say the least. Losing her father, the bombshell in his will, followed by her multiple whirlwind romances and subsequent marriage—it’s little wonder she’s so thrilled to be spending three weeks in a tropical paradise with her four men. Rest, relaxation and a hefty dose of fun is precisely what they all need.

But the unconventional honeymoon isn’t all sea, sun, sand, and scorching sex. Back home in England, they have careers, responsibilities, other things that take up their time. Being in each other’s pockets on a tiny island is a challenge—but is it one they can rise to? Will this make or break their relationships? And when being away from it all gives them time to think, what impact will that have on the decisions they make about their futures?

5Star
TOP 500 REVIEWER
3.0 out of 5 stars Good but light
Reviewed in Australia on 6 August 2019
Verified Purchase
This was an interesting and enjoyable read as Mia comes to terms with her fathers passing and discovers he has left a difficult constraint in his will stating she has to marry a suitable man.

We enjoy her journey as she meets and gets to know her four guys and builds her Harem in a modern world.

I enjoyed the book but found it a bit light. I liked the characters but felt they could do with a bit more depth and substance. Also though Mia was a good fiesty character, she was sometimes a bit irratic and suddenly laid into the guys for little provocation I thought. These weird bitchy outbursts creating tension, put me off her a little.

It was a good read though if you want something light.

Lisa Maher
5.0 out of 5 stars Great series!
Reviewed in the United States on 27 December 2018
Verified Purchase
I didn’t use to read much contemporary romance type books, but I really enjoyed this series. The characters are fantastic and Mia grabbed me from the first book and made me want to continue her story. I was kind of sad to see it come to an end.
Read more
One person found this helpful
Report abuse
See all reviews
Back to top
Get to Know Us
Make Money with Us
Let Us Help You
And don't forget:
© 1996-2022, Amazon.com, Inc. or its affiliates