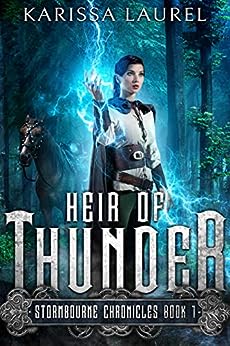 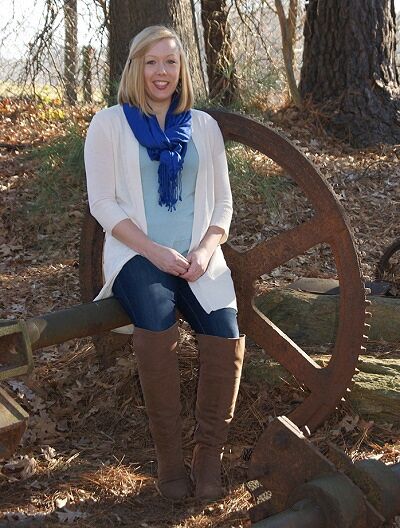 AUTHOR: Some of Karissa's favorite things are coffee, chocolate, and superheroes, and she can quote Princess Bride verbatim. She loves to read and has a sweet tooth for speculative fiction. Sometimes her family convinces her to put down the books and take the motorcycles out for a spin, or they'll haunt flea markets, searching for rusty scraps to reuse and re-purpose. Karissa lives in North Carolina with her kid, her husband, the occasional in-law, and a very hairy husky named Bonnie. Karissa is the author of the adult Urban Fantasy series, The Norse Chronicles, as well as the Stormbourne Chronicles, a Young Adult Fantasy series with Evolved Publishing.

EDITOR: I read almost anything I could get my hands on as a kid. Any genre held my attention if the writing was good. I longed to be an author who could put words together in such a way to make people lose all sense of time and space. When I joined my writing critique group a few years ago, I realized my love of words translated well into editing. I wanted to hone a writer's already decent work into masterpieces everyone would desire to read. Then just last year I quit my real job to go freelance and I'm loving every minute of it. I write mainly non-fiction works like personal experience and Christian devotions, but I've edited almost every genre. Currently, I'm a huge fan of YA, cozy mysteries, some speculative fiction and crime dramas. When I'm not reading or writing, I'm playing with my dog or spending time with my hubby. --This text refers to the paperback edition.

Karissa Eckert
5.0 out of 5 stars 4.5 stars, very fun light steampunk fantasy read.
Reviewed in the United States on 8 September 2021
Verified Purchase
Series Info/Source: This is the first book in the Stormbourne Chronicles. I bought this book for my Kindle.

Thoughts: This was a super fun YA steampunk adventure read, with a bit of romance. Evie is heir to the Stormbourne throne but is forced to flee her home when it's destroyed by an unknown hostile group. She is accompanied in her travels by the stablemaster Gideon. What follows is a series of dangerous adventures where Evie must learn to survive on her own despite her sheltered upbringing. Evie must also learn to control the storm magic that lies within her.

This was very entertaining and engaging. Yes, the story is fairly simple and a bit predictable but I still had a great time reading this. I enjoyed the characters a lot and love the relationship Evie and Gideon develop. There is some mystery and intrigue throughout and I enjoyed watching Evie start to discover the depths of her power and unravel the mysteries of her family history.

Is this high literature? No. Is it a fun, light, steampunk, fantasy read with likable characters and an intriguing world? It sure is!

My Summary (4.5/5): Overall this was a very fun light YA steampunk adventure read. I plan on continuing the series and really enjoyed this. It was an easy read that kept me entertained and left me feeling happy and excited to read more. I immediately went and bought the second book in this series after finishing this one.
Read more
Report abuse

Chris
5.0 out of 5 stars Terrific YA Fantasy/Steampunk Novel
Reviewed in the United States on 8 November 2017
Verified Purchase
SPOILERS AHEAD

Evie Stormbourne is the last in a long line of rulers who can control the weather, especially thunder and lightning, to a devastating effect. Throughout the generations the power has weakened, though, and when the story begins Evie’s powers are only a pale shadow of her ancestor’s abilities.
When her father is killed Evie manages to escape with the help of her father’s master of the horse, a young man named Gideon. Although Evie travels incognito, she is in constant danger of discovery because she is being hunted. There are multiple forces at play, and there are those who want to steal her birthright.

Complications arise and Evie is separated from her protector. She is forced to face certain truths about her situation. Why was her father overthrown? Will she avoid the fate others have plotted for her? Does she want to conquer the land her family ruled for centuries? Will she take control of her own destiny?

Evie is an easy character to like. She starts as a very pampered, innocent young woman who has never ventured far beyond the bounds of her father’s estate. She has no idea why her father has been killed and her family home is under siege. She has limited basic survival skills. But she cannot remain in the role of “damsel in distress” and hope to survive. She learns about life iduring her travels, she experiences the world, and she becomes a force to be reckoned with by the end of the novel. (Although, as Laurel hints in the narrative, Evie has a long way to go before developing her full Stormbourne potential.)

The world contains a mixture of historically accurate devices and steampunk inventions. The amount of technology available seems to depend upon a character’s station in life. For instance, most of the characters travel by horse or sailing ships, but more fortunate others travel in dirigibles. It is a distinctive way to divide the classes.

When Fallstaff, the traditional seat of power for the Stormbourne rulers, is under attack, the steam-driven machines are protected by regular army troops:
One of my father’s war manuals showed illustrations of that vicious machine, but I had never seen one in reality. Someone with a brain for engineering had rigged this one with a system of levers, pulleys, and gears. A steam engine automated its processes, and every few seconds a conveyer belt fed another iron missile into a waiting bucket attached to a long wooden arm. From this distance, the trebuchet looked like an assemblage of toothpicks and hungry metal teeth, yet its ammunition tore holes through Fallstaff’s stone and mortar like a moth devours a wool sweater. A group of men stood around its base, guarding the machine with rifles and crossbows.

This genre mixture can be seen throughout the novel and adds just the right touch of reality. Infantry soldiers protect the high-tech steam mechanism that is needed to tear down the fortress. The machine is costly; the men are more easily armed and replaceable.
Another divide occurs with magic. Very few have access to the forces and knowledge to work spells and only the Stormbourne line can control lightning and thunder. That level of magical ability is priceless and guarantees Evie will have a price on her head unless she overcomes her enemies.

This is a wonderful steampunk/fantasy series. It creates a very in-depth story world and a cast of compelling characters. I highly recommend the novel.
Read more
3 people found this helpful
Report abuse

Mary Fan
5.0 out of 5 stars Delightful, heroine-centric fantasy
Reviewed in the United States on 5 November 2016
Verified Purchase
17-year-old Evie Stormbourne was born to a long line of rulers with power over the thunder and lightning. But over the generations, that power has faded, and her own abilities are relatively weak. After her father, the king, is killed and a sudden revolution leaves her a fugitive in her own land, her only hope for survival is her father's horsemaster, a gruff young man named Gideon. The two travel incognito with the goal of smuggling Evie out of the kingdom, but complications soon arise, and Evie soon finds herself struggling for survival on her own. What's more, things are not as they seem, and her journeys eventually lead her to learn the shocking truth behind her father's death... and her own fate.

Disclosure time: Karissa and I are both published by Red Adept Publishing (which published her Norse Chronicles and my Jane Colt novels). I bought this book on my own because I really enjoyed her other stories and this review represents my honest opinion.

Anyway, Karissa Laurel's HEIR OF THUNDER is the first in a planned YA fantasy trilogy, and it was catnip to a longtime fantasy fan like me. Heroine journeying across a fictional version of old-timey, steampunkish Europe? Magic and mayhem and twists and turns? Yes, please! Evie travels across various European-esque countries in her journeys, and it was a real delight getting to see the different kinds of lands that make up her world.

As a character, Evie is easy to sympathize with, and I loved watching her grow from a damsel in distress to a heroine in her own right. When the novel begins, she's just a lost princess trying to survive after her world collapses around her. With little more than determination and a touch of magic, she winds up reclaiming her own fate and taking control of her destiny. Gideon starts off as her protector, but... let's just say there's plenty she does without him as well. There's palpable chemistry between the two, and I foresee a complicated romantic arc that'll manifest over the rest of the series... *rubs hands with delight*

As for the world... well, let's just say it's got swords and horses and dirigibles and pirates and magic and caravans. A fun mix of Lord of the Rings-type high fantasy and steampunkish tech (did I mention there are dirigibles??), blended into a delightful Europe-inspired universe that feels at once new and familiar.

All in all, this was a delightful read and just the kind of heroine-centric fantasy adventure I've always loved. Can't wait for Book 2!
Read more
One person found this helpful
Report abuse

Jean Hobbs
5.0 out of 5 stars Well crafted story that leaves you wanting more
Reviewed in the United States on 21 April 2017
Verified Purchase
Cannot wait to read book 2 and that is coming from someone who doesn't care for world building fantasy. It doesn't take much to lose me but I was able to follow it without a map. Really enjoyed all the characters, even the bad mannered ones. 😄
Read more
One person found this helpful
Report abuse
See all reviews
Back to top
Get to Know Us
Make Money with Us
Let Us Help You
And don't forget:
© 1996-2021, Amazon.com, Inc. or its affiliates