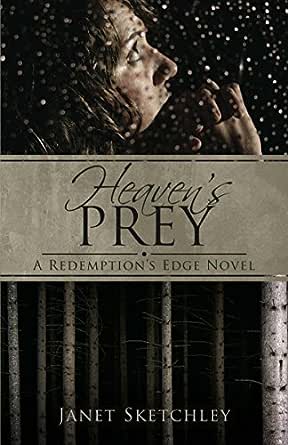 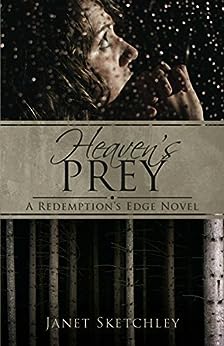 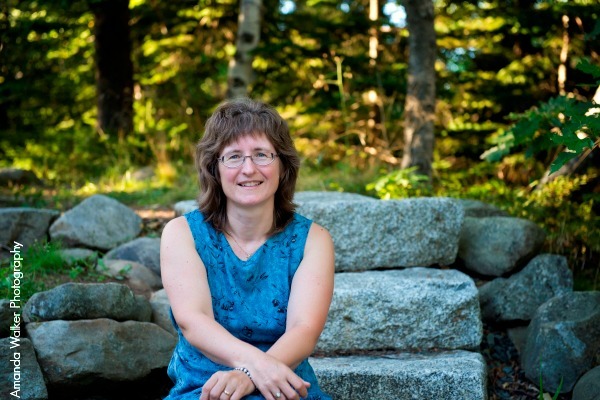 A grieving woman is abducted by a serial killer—and it may be the answer to her prayers.

Despite her husband's objections, 40-something Ruth Warner finds healing through prayer for Harry Silver, the former race car driver who brutally raped and murdered her niece. When a kidnapping-gone-wrong pegs Ruth as his next victim, Harry claims that by destroying the one person who'd pray for him, he proves God can't—or won't—look after His own. Can Ruth's faith sustain her to the end—whatever the cost?

Heaven's Prey is about a dangerous offender's last chance at redemption and a vulnerable woman's obedience to pray for her enemy—not the gentle inspirational read many associate with Christian fiction. The first edition of this novel was a finalist in the 2013 Word Awards (suspense category).

If you like issue-driven, faith-filled Christian suspense and you believe in the power of prayer and forgiveness, grab your copy of Heaven's Prey today.

Janet Sketchley lives in Atlantic Canada, where she writes Christian suspense novels and blogs about faith and books. She loves Jesus and her family, and enjoys reading, worship music, and tea. You can find Janet online at janetsketchley.ca, and fans of Christian suspense are invited to join her writing journey through her monthly newsletter: bit.ly/JanetSketchleyNews.
click to open popover

Kel
4.0 out of 5 stars Powerful and Confronting
8 May 2016
Format: Kindle Edition
This is a very well written suspense/thriller that feels as though it has been thoroughly researched.

The author's ability to weave a complex story of faith and redemption is admirable.

Due to the themes in the story I found it very hard to read certain parts of the book. This had nothing to do with the quality of the scenes, just my own personal comfort zone.

I received this book for free from a Goodreads First Reads giveaway.

Deb Piccurelli
5.0 out of 5 stars Edgy Subject and a Great Story!
21 July 2014 - Published on Amazon.com
Verified Purchase
Right up front I’ll say I really liked this suspense novel. The main character, Ruth Warner, is devastated by the rape and murder of the niece who was the closest thing she had to a daughter. The killer, Harry Silver, is a car racing champion with an insatiable sexual addiction that has spiraled into his being thrilled by violent acts. As part of Ruth’s healing, it is suggested she pray for Harry, and she finds that it had been working.
Then Harry escapes from prison, and he arrives in Hallifax, the very town where Ruth and her husband Tony live.
One stormy night, as Ruth stops at a convenience store after Bible Study, there is Harry with a gun trained on the beautiful cashier, and she immediately knows the fate of this young woman. A power failure occurs, and in the darkness, Harry inadvertently kidnaps Ruth, whisking her away to a cabin far away in the woods. Harry is disappointed he didn’t get the cashier, but tells Ruth that after being in prison for a period of time, “she’ll do.”
Now Ruth is face to face with the man she’d been praying for all this time; her niece’s killer. He plans on making her his next victim. What would you do in this situation?
This story could have been done in a cheesy way, but it wasn’t. Though Harry has become a serial killer, the backstory gives us a peek into his background, and we actually become sympathetic to this psycho. That sounds sort of predictable, but Janet Sketchley works it out very well without sugar-coating.
All of the characters are authentic, not caricatures. Likewise, the storyline itself. I never read a passage thinking, “This isn’t credible,” or “This could have been done better.” Overall, Heaven’s Prey was written very well. I truly enjoyed this novel, and look forward to other books by Janet Sketchley.
If you like suspense that tackles hard subjects, you’ll like Heaven’s Prey.

mg79606
5.0 out of 5 stars Her first novel? Wow!
19 May 2014 - Published on Amazon.com
Verified Purchase
The author says she spent years on this book, and her efforts certainly paid off. The story is gripping, and all of the background information seems well-researched and authentic. The characters are three-dimensional and believable.
It reminds me of a testimony I heard on Focus on the Family's radio program many years ago, about a Christian woman named Margy Mayfield who was abducted from a parking lot in San Antonio by a rapist and murderer, Stephen Morin. Morin had killed a girl in the early hours of the same day he kidnapped Margy, and he was ready and willing to kill her as well, but Margy began to witness to him. Unbeknownst to anybody, his ex-wife had recently become a Christian and had begun to pray for Stephen to be saved. Before the night was over, he had an encounter with the living Christ and gave his heart to the Lord. He gave Margy his guns and bullets and let her go, then surrendered to police. He was tried and sentenced to death, but before his execution, he witnessed to many prisoners and helped lead some to the Lord.
One of the federal law enforcement witnesses of Morin's execution (who later became a good friend of mine) said that he had been bitter at the thought of a man who had done the things Morin had done, being saved and going to heaven. That's a fairly human way to look at it.
But thank the good Lord above, God isn't human, and he can forgive anyone who is truly repentant. More than that, he WANTS to forgive us. Which is the basis of this whole book by Janet Sketchley. I loved it!
Read more
3 people found this helpful

Sherril
4.0 out of 5 stars Each person has to make his own choice concerning God.
1 June 2014 - Published on Amazon.com
Verified Purchase
This novel was very well written, It was hard to believe all the anger, hatred, and evil seemed to start because of someone turning to God..
There was so much emotion involved in this story; it had a big impact on me.
The one thing I didn't like about the story was there was so much about racing. I know the parts about racing helped define the character, but I am not a racing fan.
It really brought forth that God's mercy is beyond understanding.
Read more
One person found this helpful

Chris Careme
5.0 out of 5 stars God at Work!
26 May 2014 - Published on Amazon.com
Verified Purchase
I couldn't get over how this story showed God's power in all things. Prayer does work. Not only did pray save the main character, but fulfilled God's purpose by turning the villain around!!
Read more

TMac
5.0 out of 5 stars Highly recommended
7 August 2014 - Published on Amazon.com
Verified Purchase
So well written; I lost myself in this book - a book truly about redemption, about God's love and grace. No matter how far you think you have fallen, it is never further than you could ever imagine. When man would turn their back on you, God never will!
Read more
Go to Amazon.com to see all 36 reviews 4.3 out of 5 stars
Get FREE delivery with Amazon Prime
Prime members enjoy FREE Delivery and exclusive access to movies, TV shows, music, Kindle e-books, Twitch Prime, and more.
> Get Started
Back to top
Get to Know Us
Make Money with Us
Let Us Help You
And don't forget:
© 1996-2020, Amazon.com, Inc. or its affiliates