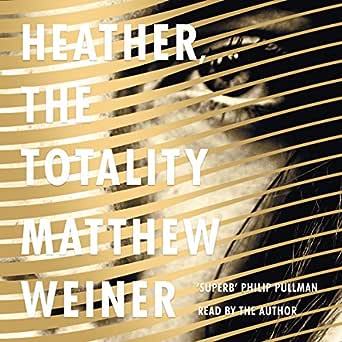 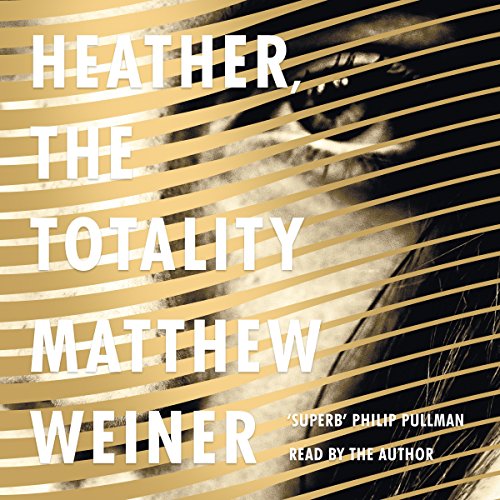 Christie L
4.0 out of 5 stars Dark and snappy
Reviewed in Australia on 28 November 2017
Format: Kindle EditionVerified Purchase
I loved everything about this novel - the dark plot, the characters, the short snappy paragraph style of the writing - however i found it too short. What a waste of such good characters/storyline! Its often hard to get into a book, and this time i was totally invested and poof its over. Im feeling very frustrated as Ive finished it in two sittings. Having said that, unlike other novels recently- where ive been tempted to skim over paragraphs and sometimes even half pages - i can honestly say i enjoyed EVERY SINGLE snappy sentence of this.
Read more
Helpful
Comment Report abuse

Sandy Barker
TOP 1000 REVIEWER
3.0 out of 5 stars I wanted to love this book
Reviewed in Australia on 3 May 2018
Format: Kindle EditionVerified Purchase
I wanted to love this book. I appreciated the sparse prose, almost evocative of Hemingway or Steinbeck, and the almost 'Brechtian' approach to characterisation. But I also kept waiting for the story to kick in. Which it didn't - the suspense dissipated without a 'pay off'.
Read more
Helpful
Comment Report abuse

Amazon Customer
3.0 out of 5 stars Too short. Was just getting into the characters.
Reviewed in Australia on 24 December 2017
Format: Kindle EditionVerified Purchase
Fascinating characters but sudden end with questions unanswered. Was left wanting more from the story. Maybe a sequel. Too much given then ended with wanting more.
Read more
Helpful
Comment Report abuse

Laura Read
3.0 out of 5 stars A bit disappointing
Reviewed in the United Kingdom on 22 November 2017
Verified Purchase
I loved Mad Men so I was a bit disappointed with this very short novel. I was expecting a few twists and turns, and characters who leapt out of the page, but the writing was quite predictable, the characters stereotypical, and I don't think it worked being told in third person. I liked the use of separate paragraphs throughout to illustrate each short vignette and that the novel still worked together as a whole, but the vignettes contained too much backstory and I would have liked more present-day action rather than constant retrospection. It seemed as if the book was a series of notes about a TV episode and I don't think it built on the themes that have already been used in Mad Men.
Read more
One person found this helpful
Helpful
Sending feedback...
Thank you for your feedback.
Sorry, we failed to record your vote. Please try again
Report abuse

Female Reader
4.0 out of 5 stars barely a novella but a good read
Reviewed in the United Kingdom on 1 December 2017
Format: Kindle EditionVerified Purchase
very slender story of deeply unsympathetic characters. written with real style and panache. Judging by the afterword by the author this was a bit of a creative writing exercise to see if he could switch from screen writing to fiction. I'd say worth another go.
Read more
Helpful
Sending feedback...
Thank you for your feedback.
Sorry, we failed to record your vote. Please try again
Report abuse

Joanne
5.0 out of 5 stars Loved it
Reviewed in the United Kingdom on 28 September 2018
Format: Kindle EditionVerified Purchase
I loved this story, very well written. My only criticism is that it wasn’t long enough, I didn’t want it to end. Hope this author writes. Any more
Read more
Helpful
Sending feedback...
Thank you for your feedback.
Sorry, we failed to record your vote. Please try again
Report abuse

Amazon Customer
5.0 out of 5 stars Great little read
Reviewed in the United Kingdom on 9 September 2018
Verified Purchase
I loved this little book that gets the heart pounding and the pages turning! It will leave you wishing there was more to read once each of its 114 pages has been turned. A beautifully written tale for our times.
Read more
Helpful
Sending feedback...
Thank you for your feedback.
Sorry, we failed to record your vote. Please try again
Report abuse

Taylor Lindsay
5.0 out of 5 stars Amazing read
Reviewed in Germany on 4 October 2018
Verified Purchase
Over too soon. Really that was the worst part.
Read more
Helpful
Sending feedback...
Thank you for your feedback.
Sorry, we failed to record your vote. Please try again
Report abuse

Paul Janensch
2.0 out of 5 stars A treatment, not a novel
Reviewed in the United States on 27 November 2017
Verified Purchase
Many writers and reviewers have praised Matthew Weiner’s debut novel "Heather, The Totality." “A scorcher!” said James Ellroy, author of “L.A. Confidential.” “Short and rapier sharp,” said Claire Messud, author of “The Burning Girl.” (It’s short, all right. Only 138 pages.) “A finely honed tale,” said Publishers Weekly. But I agree with the assessment by Lucy Scholes in The Independent, a British online newspaper. “It’s like a film treatment…the skeleton of a work still in need of fleshing out,” she wrote.

That’s understandable, considering Weiner’s background is in television. He created “Mad Men” and worked on “The Sopranos.” “Heather, The Totality” reads like a synopsis of a series to be shown on a premium cable channel. Intriguing, to be sure. But the synopsis has a lot of tell, not much show and hardly any dialogue.

According to a report in USA Today by Jocelyn McClurg, Weiner told a small publishing industry lunch the idea for “Heather” came to him on the Upper East Side of Manhattan. He saw a beautiful girl of 14 or 15 in a school uniform go into an apartment building under construction. A worker looked at her intently. The look “was sex and murder and everything all at once,” said Weiner. Then he wondered if her father had seen this.

In the novel, Mark and Karen live in an apartment west of Park Avenue with their daughter Heather, who is 14 and beautiful. Also smart, empathetic and rebellious. Each parent is obsessed with her. So is Bobby, a violent skinhead. Half way through the novel, he spots Heather while on a construction job. Mark notices him staring at her. Eventually, there is a confrontation.

I could go on. But I don’t want this review to be longer than “Heather, The Totality.” I will only add that I didn’t understand the title.

CVP
2.0 out of 5 stars A victim of fame
Reviewed in the United States on 22 December 2017
Verified Purchase
Sadly, a good book might have come of this if the author weren't so famous. Mr. Weiner might eventually learn to be a good prose writer, but being a celebrated TV writer isn't going help him get there. Read the list of people he thanks at the end of the book. It's pretty funny. None of them are going to tell him the truth. The actual book might have made a fine short story. The characters and situations are good, clear, even if the situation is hardly original. In ways his resembles the style of the great Ruth Rendell who often introduced two, three or sometimes more unassociated characters in her books only to have them eventually converge with disastrous consequences. I think Mr. Weiner could write a fine book. But he has a way to go before he gets there. I hope his next effort goes through the normal tests that other writers' works must go through.
Read more
4 people found this helpful
Helpful
Sending feedback...
Thank you for your feedback.
Sorry, we failed to record your vote. Please try again
Report abuse

Barry
1.0 out of 5 stars So much promise...
Reviewed in the United States on 15 November 2017
Verified Purchase
This book had all of the makings of a great story and a terrific thriller... BUT, the ending seems weak and forced, as if the author exceeded his deadline for completion and had to quickly bring the story to conclusion. I haven't been this disappointed in a very long time. Do not buy this book!
Read more
7 people found this helpful
Helpful
Sending feedback...
Thank you for your feedback.
Sorry, we failed to record your vote. Please try again
Report abuse

Rob Barget
5.0 out of 5 stars Novel Experience
Reviewed in the United States on 9 November 2017
Verified Purchase
This book is deceptively clever. Weiner really tried to do something different by turning the typical writers' program advice of "show don't tell" on its head. He tells you everything but it works because the details he provides are so funny, cutting, evocative. The effect is being pulled along the plot without any time to think. You wouldn't want the book to be any longer because the experience of reading it is so intense. I think what is remarkable about the book is not the plot itself which is pretty conventional, but the way he tells the story in this super condensed way. Some people won't like it (can see that in the reviews). I loved it.
Read more
11 people found this helpful
Helpful
Sending feedback...
Thank you for your feedback.
Sorry, we failed to record your vote. Please try again
Report abuse

rastafari
1.0 out of 5 stars the Only good thing is that you can read it in an hour or so
Reviewed in the United States on 13 November 2017
Verified Purchase
This is truly awful. Luckily, with the blank pages between "parts" it really is only 124 pages of big print, with lots of space between paragraphs, so you'll only waste about an hour or so reading it. Just a bad, bad, story, poorly written, and it really has the feel of an overblown, self-published novel.
It is really hard to believe the accolades on the back cover. Michael Chabon, James Ellroy,Nick Cave, and others all love it! Perhaps they wish to kiss Matthew Weiner's behind?
Read more
11 people found this helpful
Helpful
Sending feedback...
Thank you for your feedback.
Sorry, we failed to record your vote. Please try again
Report abuse