Heartland Wedding and over 1.5 million other books are available for Amazon Kindle . Learn more
Share <Embed> 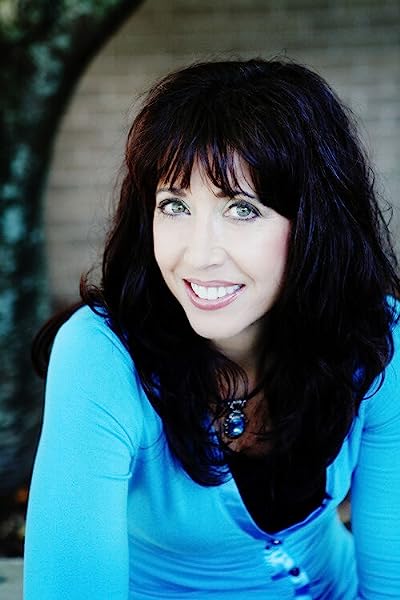 Page 1 of 1 Start overPage 1 of 1
Previous page
Next page
Start reading Heartland Wedding on your Kindle in under a minute.

Renee Ryan grew up in a Florida beach town outside Jacksonville, FL. Armed with a degree in Economics and Religion from Florida State University, she explored various career opportunities, including stints at a Florida theme park and a modeling agency. She currently lives in Savannah, Georgia with her husband and a large, fluffy cat many have mistaken for a small bear. Renee can be contacted through her website at www.reneeryan.com

Booklass
1.0 out of 5 stars Overwrought and Dreary
Reviewed in the United States on 8 December 2012
Verified Purchase
Spoilers Possibly: Trudged my way through this one, and it was a miserable experience. From the first overwrought page to the last, the reader is treated to a heroine that over-reacts to pretty much everything and a hero who selfishly broods. There is little to no action in the story, and the reader meanders along as a witness to each protagonist's stream of consciousness. The sheer redundancy of those thoughts, and most of them pretty dreary, is depressing. There is little to no genuine warmth in the novel, no joy, no redeeming moments. We are told that Rebecca has courage, but we don't clearly SEE it. Rebecca spends a great deal of the novel tensing, trembling, jumping, wobbling, crying and generally being twitchy. One must consider not just the definition of a word when one writes but also the connotation. I feel the author failed to keep this in mind when trying to portray Rebecca as strong but vulnerable, yet using such descriptions.
Pete spends a great deal of the novel pushing Rebecca away and walking away. How disheartening, especially in such number! And, we don't see Rebecca taking much action to make some good out of her situation, say in fixing up the house, until the very end. She spends a great deal of her time in the boardinghouse cooking. Pete is so caught up in his own gloom that he doesn't bother to do anything toward....well, anything, until the very end either. And what was it about the missing children? What was THAT all about? A running theme for the whole series because apparently this is a series? Also, in the picnic chapter, when Bess is screaming and pointing, how could Emmeline NOT see the Indians? The girl has not spoken or made a sound in over a month (and I guess no one bothered to give her a pen and paper)! Wouldn't the sudden action and the pointing finger have caused all of the women to both look at Bess and around for the cause of her screaming? They know they are in Indian territory, they were just reminded. That scene in the story was nonsensical. And searching for missing children at night? Really? I know the author had a great idea for a book, but it was not a well written book. I usually enjoy, and sometimes love, the Love Inspired books. They make me feel good, but not this one.
Read more
One person found this helpful
Report abuse

Mary T.
5.0 out of 5 stars Heartland Wedding (After the Storm)
Reviewed in the United States on 16 June 2011
Verified Purchase
I loved this story. It was well written and ended so happily after some extremely trying times for both Pete and Rebecca. Although pete was able to save Rebecca by pulling her down into his basement during a sudden tornedo in High Plains, Kansas, the town gossip did her best to destroy Rebecca's reputation with rumors of indescretion. Feeling forced to accept Pete's proposal for marriage might be a solution to her dilemma, but is a loveless marriage the solution? If you have a hopelessly romantic heart, this must-read is fast moving and keeps you guessing until the end.
Read more
Report abuse

elizabeth byrd
5.0 out of 5 stars Five Stars
Reviewed in the United States on 20 March 2018
Verified Purchase
looking forward to reading the book thanks for being so fast
Read more
Report abuse

Nora L. Forth
5.0 out of 5 stars Five Stars
Reviewed in the United States on 9 January 2018
Verified Purchase
Equally as great as the first book....
Read more
Report abuse
See all reviews
Back to top
Get to Know Us
Make Money with Us
Let Us Help You
And don't forget:
© 1996-2021, Amazon.com, Inc. or its affiliates