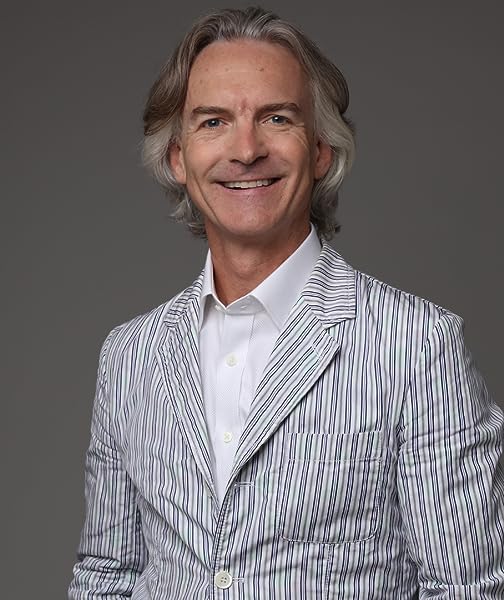 by Minter Dial (Author)
4.7 out of 5 stars 17 ratings
See all formats and editions
Sorry, there was a problem loading this page. Try again.

FINALIST BUSINESS BOOK AWARD 2019:
Heartificial Empathy was a finalist for the Business Books Awards 2019 in the category of Embracing Change.

ADVANCE PRAISE:
"In Heartificial Empathy, Minter Dial masterfully makes the case for why empathy is not only teachable but a requirement for success in business and in life. By dissecting the elements of empathy, Dial has created the recipe book of how to embed and increase empathy in yourself, your organization, and in our machines."— Charlene Li, bestselling author and founder of Altimeter, a Prophet company

“Minter Dial is onto something. Everyone talks about the need for empathy in business and society, but no one describes what that would look like. Dial takes a great first stab at envisioning a future in which deliberate empathy drives both business success and greater societal cohesion. A must-read for forward-thinking leaders everywhere.” — Marty Neumeier, author of Metaskills and The Brand Gap.

"Empathy will be the key competitive advantage of the 21st Century. Dial captures the fullest essence of that one special quality that makes us truly human. Dial skillfully illustrates how we can industrialise meaningful solutions for human happiness." — Nell Watson, AI & Robotics faculty Singularity University, cofounder EthicsNet

"In a tech-driven society, empathy is an increasingly rare and valuable skill. Minter Dial's new book is a thought-provoking exploration of the role of empathy in the modern workplace, and how to nurture and sustain it." — Dorie Clark, Author, Entrepreneurial You and Stand Out

“A must read for business and technical folks alike.”— Phil Harvey, coauthor of Data: A Guide to Humans

RECAP
Heartificial Empathy explores the power of empathy, one of the most untapped levers of productivity in business. In the new tech-infused era, where companies continue to scramble with digital transformation, trying to be more customer centric and spurring innovation and growth, empathy is a killer app. Yet, it can't be taught. Empathy can only be learned. The same is true of both human beings and machines. Heartificial Empathy looks at some of the pioneering work being done on making bots more sentient and empathic. It also grapples with the major business and ethical challenges associated with making organisations and machines more empathic. Heartificial Empathy attempts to lay out the business case and a path for putting more heart and empathy into business and machines for a healthier and more profitable future.

KEY TAKEAWAYS:
Through Heartificial Empathy, the reader will take away the following learnings:
For more, check out www.minterdial.com/heartificial-empathy
Read more
Previous page
Next page

Total Price:
To see our price, add these items to your cart.
One of these items dispatched sooner than the other.
Show details Hide details
Choose items to buy together.
Start reading Heartificial Empathy on your Kindle in under a minute.

Minter Dial is a storyteller, filmmaker, four-time author and an international professional speaker. After a 16-year international career at L'Oreal, he set off on his own and speaks and consults on Leadership, Branding and Transformation. He has spoken at prestigious conferences around the world (and now online) to great acclaim. He works with major global brands such as L'Occitane, Google, Samsung, Remy Cointreau, Kering and Tencent.

Among his works, Minter is author and producer of the award-winning WWII documentary film and book, The Last Ring Home, A POW's Lasting Legacy of Courage, Love and Honor in World War Two (November 2016). The book won the Book Excellence Award 2018 in the category of Biography.

His second book, Futureproof, How to get your business ready for the next disruption (Pearson-FT Imprint), co-authored with Caleb Storkey, bowed September 2017 and won the Business Book Award 2018 in the category of Embracing Change.

His last book, Heartificial Empathy, Putting Heart into Business and Artificial Intelligence (DigitalProof Press), came out in November 2018. It won the Book Excellence Award 2019 in the category of Technology and was finalist for the Business Book Awards 2019.

His newest book, You Lead, How Being Yourself Makes You A Better Leader (Kogan Page) bowed in January 2021.

Prior to setting up his own ventures, Minter led a 16-year international career with the L'Oréal Group – including 9 different assignments in France, England, USA and Canada. Among these, Minter was CEO Worldwide of REDKEN, then of the Professional Division for the Canadian subsidiary. In his final position at L’Oreal, he was a member of the Executive Committee worldwide, in charge of eBusiness, Business Development and Education.

Minter's leitmotif is to elevate the debate and connect people. Sportingly, he's been a lifelong fan of the Liverpool FC and the Philadelphia Flyers. He's a dedicated Dead Head, padel tennis aficionado and loves languages.

Sophie
5.0 out of 5 stars Thoughtful and thought provoking
Reviewed in the United Kingdom on 29 May 2019
Verified Purchase
Thoughtful (in both senses of the word), elegantly and clearly written, this book is excellently challenging and helpful at the same time. Highly recommended for those shaping business, data, technology and the future.
Read more
Report abuse

Carolin B. Greiner
4.0 out of 5 stars Easy, informative read
Reviewed in the United Kingdom on 2 March 2019
Verified Purchase
This book is for marketing executives and company leadership as it addresses empathy as an underlying driver for customer loyalty and employee fidelity and ultimately profitability. A surprisingly quick read, that will become more and more relevant as more AI is implemented in customer service. Quite academic on one side -- but also practical on another with very illustrative examples. One walks away with a handful of opportunities and questions to explore in one's organisation.
Read more
Report abuse

Jason and Holly Bell
5.0 out of 5 stars Insightful read, great overview of AI and empathy needed
Reviewed in the United Kingdom on 6 December 2019
Verified Purchase
I really enjoyed this book, Minter gives a good narrative and the overview on AI and how businesses need to prepare is very useful.
Read more
Report abuse

Greg
5.0 out of 5 stars Excellent Read
Reviewed in the United Kingdom on 2 February 2019
Verified Purchase
A talented thinker, with good ideas which are expertly articulated in this book. Highly recommend.
Read more
Report abuse