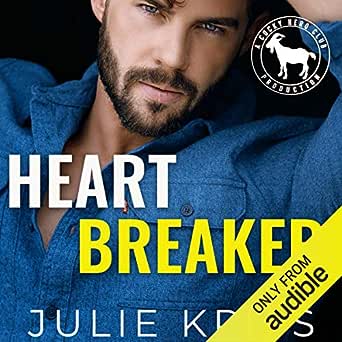 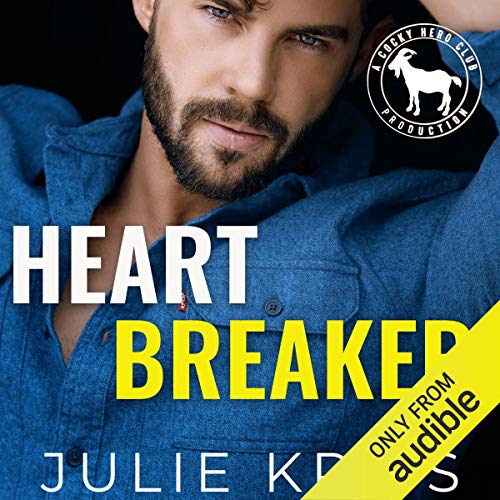 Isabella. R
TOP 100 REVIEWER
3.0 out of 5 stars 3 You Naked Like Him Stars ⭐
Reviewed in Australia on 21 July 2020
Ten years is a long time to dwell on being stood up. Granted it was prom night which could make it a little more traumatic. Yet here is the dilemma. For somebody to carry a grudge that long, there must not be much happening in their lives. And as I called it is how our heroine Mina appeared.

Mina left her hometown for New York to pave a career in theatre, that hasn’t paid off. She is now working as an office supply girl to make ends meet which she hates. When her elevator at her apartment breaks down, it’s her high school lothario that comes to her aid.

Holden Whittaker is a good guy. One that has secrets and regrets. He just never expected them to haunt him a decade later. As you would imagine he had his reasons for behaving like he did. Fortunately he now has an opportunity to make amends.

Heartbreaker had the perfect recipe to be a goodie. A hot, sexy EMT groveling to a girl he once wronged and a chance encounter in a broken-down elevator. Wow I had been counting down to this… But unfortunately, this book was underwhelming. Considering I have adored all books by Julie Kriss, this just lacked the spark and gritty characters I have loved in the past.

Louise H - "Life In The Book Lane" Book Reviews
5.0 out of 5 stars A fun, cute and hot read
Reviewed in the United Kingdom on 19 July 2020
Verified Purchase
I loved this fun, enchanting and sexy little read.

Whilst Heartbreaker may have been a little cheesy and occasionally cliched, it did it in a very endearing and totally made me melt way. The mood it created was the perfect foil to this gentle, uplifting and touching second chance tale, making it an immensely enjoyable read. Mina is smart and cute but has confidence issues, Holden is sexy, caring and determined to earn her forgiveness. I loved them both, despite how eighteen year old Holden's stupidity had destroyed Mina's sense of self worth. Slipping into this story is like wrapping yourself in a warm hug

Julie Kriss writes real people, no-one in her books is perfect, or stunning or too amazing for words. Instead her characters could be people you would bump into walking down the street. They feel like friends and I soon find myself invested in their relationship and HEA. Her past stories have captivated me from the very first chapter and kept me entertained throughout. Heartbreaker easily maintained that record and was very much a read-in-one-sitting book. It's a low angst story, a lighter read with a fun feel to it and one that easily held my attention throughout.

If you're looking for a well written romance, light in feel, steamy and with two great characters, then look no further. I recommend trying this one.
Read more
Report abuse

Michelle K
5.0 out of 5 stars Two thumbs up
Reviewed in the United States on 25 July 2020
Verified Purchase
This is such a cute second chance story. I loved how their worlds collided again with the help of an elevator. This was a fast read that I couldn’t put down!
Read more
One person found this helpful
Report abuse

Jessica Alcazar
5.0 out of 5 stars Heartbreaker: A Hero Club Novel
Reviewed in the United States on 20 July 2020
Verified Purchase
Outstanding!!

Absolute feel-good swoonfest that will have you smiling for hours or even days after you are finished.
Read more
One person found this helpful
Report abuse
See all reviews
Get FREE delivery with Amazon Prime
Prime members enjoy FREE Delivery and exclusive access to movies, TV shows, music, Kindle e-books, Twitch Prime, and more.
> Get Started
Back to top
Get to Know Us
Make Money with Us
Let Us Help You
And don't forget:
© 1996-2020, Amazon.com, Inc. or its affiliates