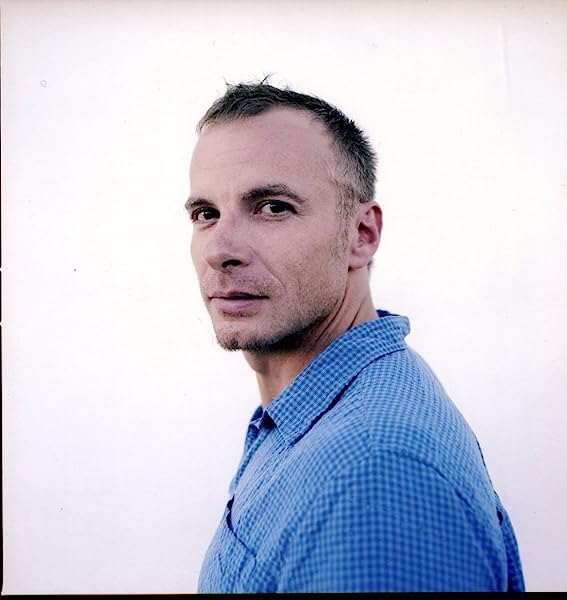 The Heartbeat of Wounded Knee: Native America from 1890 to the Present Library Binding – 12 June 2019

by David Treuer (Author)
4.7 out of 5 stars 575 ratings
See all formats and editions
Sorry, there was a problem loading this page. Try again.

As featured on NPR's Weekend Edition and Amanpour & Company

"An informed, moving and kaleidoscopic portrait... Treuer's powerful book suggests the need for soul-searching about the meanings of American history and the stories we tell ourselves about this nation's past." --New York Times Book Review, front page A sweeping history--and counter-narrative--of Native American life from the Wounded Knee massacre to the present. The received idea of Native American history--as promulgated by books like Dee Brown's mega-bestselling 1970 Bury My Heart at Wounded Knee--has been that American Indian history essentially ended with the 1890 massacre at Wounded Knee. Not only did one hundred fifty Sioux die at the hands of the U. S. Cavalry, the sense was, but Native civilization did as well. Growing up Ojibwe on a reservation in Minnesota, training as an anthropologist, and researching Native life past and present for his nonfiction and novels, David Treuer has uncovered a different narrative. Because they did not disappear--and not despite but rather because of their intense struggles to preserve their language, their traditions, their families, and their very existence--the story of American Indians since the end of the nineteenth century to the present is one of unprecedented resourcefulness and reinvention. In The Heartbeat of Wounded Knee, Treuer melds history with reportage and memoir. Tracing the tribes' distinctive cultures from first contact, he explores how the depredations of each era spawned new modes of survival. The devastating seizures of land gave rise to increasingly sophisticated legal and political maneuvering that put the lie to the myth that Indians don't know or care about property. The forced assimilation of their children at government-run boarding schools incubated a unifying Native identity. Conscription in the US military and the pull of urban life brought Indians into the mainstream and modern times, even as it steered the emerging shape of self-rule and spawned a new generation of resistance. The Heartbeat of Wounded Knee is the essential, intimate story of a resilient people in a transformative era.
Read more
Previous page
Next page

"An informed, moving and kaleidoscopic portrait of 'Indian survival, resilience, adaptability, pride and place in modern life.' Rarely has a single volume in Native American history attempted such comprehensiveness . . . Ultimately, Treuer's powerful book suggests the need for soul-searching about the meanings of American history and the stories we tell ourselves about this nation's past." --New York Times Book Review "In a marvel of research and storytelling, an Ojibwe writer traces the dawning of a new resistance movement born of deep pride and a reverence for tradition. Treuer's chronicle of rebellion and resilience is a manifesto and rallying cry." --O, The Oprah Magazine "Chapter after chapter, it's like one shattered myth after another." - NPR "Sweeping, essential history...Treuer's storytelling skills shine...[an] elegant handling of [a] complex narrative." --The Economist "Treuer ... presents a more nuanced and hopeful vision of the past and future of Native Americans." --Vanity Fair "Highly readable...a welcome compendium of Indian voices and insights that will be fresh for many readers...[An] urgent story." --Newsday "Vivid...Treuer evokes, with simmering rage, the annihilation of Indian lives and worlds, but he also unearths a secret history of Indians flourishing in art, government, literature, science and technology...Beautifully written." -The Minneapolis Star Tribune

"[Treuer's]...counternarrative blends memoir -- a retelling of his own family and tribe's experiences -- and in-depth, detailed reporting on 125 years of native history." -Washington Post

"Treuer ... is a wonderful novelist, and if anybody can tell this story in the way it needs to be told and retold, until the end of time, he can." - LitHub "Treuer provides a sweeping account of how the trope of the vanishing Indian has distorted our current understanding of Native peoples. Instead of seeing Wounded Knee as the final chapter, he recovers the importance of World War II, urban migration, casinos, and the computer age in reshaping the modern Native American experience. The Heartbeat of Wounded Knee is written with conviction and illuminates the past in a deeply compelling way." - Nancy Isenberg, author of White Trash: The 400-Year Untold History of Class in America "An ambitious, gripping, and elegantly written synthesis that is much more than the sum of its excellent parts--which include a rich array of Native lives, Treuer's own family and tribe among them--The Heartbeat of Wounded Knee brings a recognition of indigenous vitality and futurity to a century of modern Indian history." -- Philip J. Deloria, Professor of History, Harvard University "In clear and vivid prose, David Treuer positions unforgettable portraits of contemporary Indian people within a compelling narrative of the experiences of indigenous peoples in the big sweep of time. His book offers a powerful challenge to the persistent and pernicious idea of the 'vanishing Indian, ' replacing it with a far more accurate story of Indian people's repossession and restoration of sovereignty and dignity." -- Patricia Limerick, author of The Legacy of Conquest and co-founder, Center of the American West

"Sweeping, consistently illuminating and personal...This engrossing volume should interest anyone who wants to better understand how Native Americans have struggled to preserve their tribes and cultures, using resourcefulness and reinvention in the face of overwhelming opposition." --BookPage (starred) "[Treuer's] scholarly reportage of these 125 years of Native history...comes to vivid life for every reader." --Booklist (starred) "Treuer chronicles the long histories of Native North America, showing the transformation and endurance of many nations. All American history collections will benefit from this important work by an important native scholar." --Library Journal (starred) Praise for Prudence "What does it say about our troubled times -- and David Treuer's considerable talents -- that his World War II-era novel speaks to the present moment in American history with more eloquence and complexity than the nightly newscast?...Tender and devastating ...[A] master class on suspense, shifting perspective and conflicting desire." --Anthony Marra, The Washington Post "Masterful... one of the most honest, moving novels about America in quite a while." --Los Angeles Times "Treuer doesn't just unravel the plot we might expect; he prompts us to interrogate the assumptions -- racial, sexual and otherwise -- that build up those expectations in the first place." --NPR

David Treuer is Ojibwe from the Leech Lake Reservation in northern Minnesota. The author of four previous novels, most recently Prudence, and two books of nonfiction, he has also written for The New York Times, Los Angeles Times, Esquire, Slate, and The Washington Post, among others. He has a Ph.D. in anthropology and teaches literature and creative writing at the University of Southern California.
Start reading The Heartbeat of Wounded Knee on your Kindle in under a minute.

David Treuer is Ojibwe from the Leech Lake Reservation in northern Minnesota. He grew up on Leech Lake and left to attend Princeton University where he worked with Paul Muldoon, Joanna Scott, and Toni Morrison. He published his first novel, LITTLE, when he was twenty-four. Treuer is the recipient of the Pushcart Prize, and his work has been named an editor's pick by the Washington Post, Time Out, and City Pages. His essays and reviews have appeared in the New York Times, Los Angeles Times, Esquire, Slate.com, and The Washington Post.

He also earned his PhD in anthropology and teaches literature and creative writing at The University of Southern California. He divides his time between LA and The Leech Lake Reservation.

4.7 out of 5 stars
4.7 out of 5
575 global ratings
How are ratings calculated?
To calculate the overall star rating and percentage breakdown by star, we don’t use a simple average. Instead, our system considers things like how recent a review is and if the reviewer bought the item on Amazon. It also analyses reviews to verify trustworthiness.

Amazon Customer
2.0 out of 5 stars Interesting...but tough to get through
Reviewed in the United Kingdom on 21 September 2019
Verified Purchase
While it covers an important topic and contains great information, this book is gruelling to read. I’m having to really force myself to get through it.
Read more
One person found this helpful
Report abuse

+Peter Coffin
5.0 out of 5 stars What a wonderful and important book!
Reviewed in Canada on 15 January 2021
Verified Purchase
This is history that we should all know - Canadians and Americans and everyone who cares about (which should be all of us) about what colonialism has done to indigenous people everywhere. This is only a snapshot of the whole story but well told and with and incredibly distinctive style including personal experience and stories of people he has met along the way. It is engrossing, indicting and a magnificent read. We should be ashamed, repentant and encouraged.
Read more
Report abuse

William St.
4.0 out of 5 stars An encyclopedic overview
Reviewed in Germany on 29 January 2020
Verified Purchase
This book picks up where most on the topic stop. If you are interested in the story of the North American indians from1890 to the present day, you should read this. It is a detailed work but personal as well. It is also holds up a bright mirror on Americans on both sides of the color line.
Read more
Report abuse

mireille lapointe
5.0 out of 5 stars The Heartbeat of Wounded Knee
Reviewed in Canada on 11 January 2020
Verified Purchase
Excellent work. Must read by all for deeper understanding of history.
Read more
Report abuse
See all reviews
Back to top
Get to Know Us
Make Money with Us
Let Us Help You
And don't forget:
© 1996-2022, Amazon.com, Inc. or its affiliates