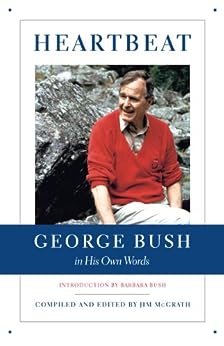 Jim McGrath studied journalism and government at the University of Maryland before joining the White House as a writer and editor in 1991. He is a partner at CEO Communications and lives in Houston, Texas. --This text refers to an alternate kindle_edition edition.

Clark Unterberg
5.0 out of 5 stars Holy Moly
Reviewed in the United States on 25 March 2020
Verified Purchase
What a great library addition...

Don’t forget to support the Texas George HW Bush Library too... really cool stuff...
Read more
Report abuse
See all reviews
Back to top
Get to Know Us
Make Money with Us
Let Us Help You
And don't forget:
© 1996-2021, Amazon.com, Inc. or its affiliates