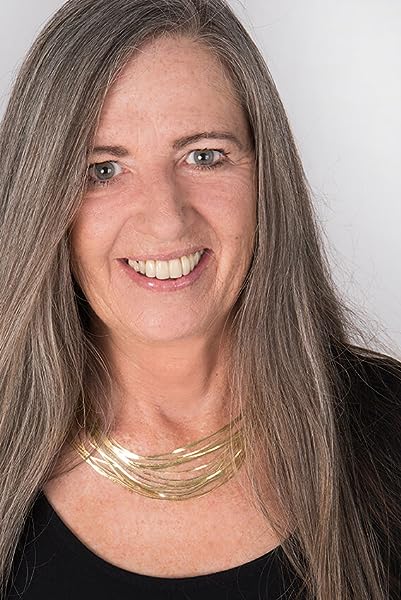 by Diana Richardson (Author)
4.5 out of 5 stars 685 ratings
See all formats and editions
Sorry, there was a problem loading this page. Try again.

How can we rediscover the joys of love and sex that grow rather than diminish over time? Diana Richardson found that the ancient practice of Tantra had the effect of enhancing intimacy and deepening love. In this book she has adapted Tantra for modern Western lovers in a practical, sympathetic way.
Read more
Previous page
Next page

Is this all there is?

The first time I made love, I recall being overwhelmed with disappointment, especially since I had waited for love and made it a special occasion. I asked myself, 'Is this what all the fuss was about? Surely there must be more to it?'

After researching intensively for many years I discovered that it was the experience of Tantra, that of relaxing into the sex energy rather than putting pressure on it, which gave me what I had longed for intuitively throughout my life. It was like finding a series of keys, which opened door upon door. It was a process of uncovering age-old secrets about sexual energy that touched my spirit, bringing me to an unexpected inner peace.

The Heart of Tantric sex

Over time, experimenting with Tantra has shown me a new style of lovemaking that has made not only my sex life far more fulfilling, but also my experience of love, and thus life itself has become more significant.

Diana Richardson, born in Zululand, South Africa, completed her education with a degree in law. Qualified as a teacher and practitioner of therapeutic massage techniques. Living in India as a disciple of the spiritual master Osho she began a life-changing enquiry into the union of sex and meditation. After years of personal exploration she presented a unique Tantric synthesis to the Osho Tantra School in India in 1993. Since then she has been teaching Tantra in different parts of the world with a direct practical approach that inspires couple in the art of loving.
Start reading Heart of Tantric Sex on your Kindle in under a minute.

Diana Richardson is known as the pioneer of the Slow Sex movement and, along with her partner, Michael Richardson, is the creator of the life-changing weeklong Making Love Retreat, which they have been offering in Europe since 1995.

Diana was born in South Africa, where she completed a six year Law degree (BA.LLB) after finishing school. She then trained as a massage therapist and bodyworker in the UK and later in the USA, and is a teacher of holistic massage and deep tissue rebalancing. She has been engaged in the body and involved with bodywork for the last 35 years.

From 1985 onwards, while living in India she began a personal research and inquiry into the union of sex and meditation - the basis of tantra - an ancient body of knowledge originating in India.

She wrote her first book in 1996, published as The Love Keys in 1999, and then later republished as The Heart of Tantric Sex, a best seller. Since then has written a further 7 books on the tantric approach to love and sex. These are translated into German, Spanish, French, with certain books translated in Russian, Korean, Czech, and Estonian.

Two books, Tantric Sex for Men and Tantric Love: Feeling versus Emotion, are co-authored with her partner, Michael Richardson.

Diana is now based in Switzerland with Michael, where they continue to guide couples in the art of slow, conscious sex in their highly successful Making Love Retreats.

Diana was invited as Tedx speaker to Linz, Austria on February 10, 2018, where she gave a 17 minute talk encapsulating the essence of her approach. Uploaded onto Utube 2 April 2018.

For more information about their backgrounds, retreats, books, please visit their websites:

4.5 out of 5 stars
4.5 out of 5
685 global ratings
How are ratings calculated?
To calculate the overall star rating and percentage breakdown by star, we don’t use a simple average. Instead, our system considers things like how recent a review is and if the reviewer bought the item on Amazon. It also analyses reviews to verify trustworthiness.

Scubanapa
5.0 out of 5 stars Great
Reviewed in the United Kingdom on 30 October 2016
Verified Purchase
Really good and informative. Adds fruitfulness and passion. We are a society to taken with our own pleasure, but utilizing the methods within this book, brings pleasure, long lasting to all with a focus. We have no TV's now.
Read more
7 people found this helpful
Report abuse

Christine Maestri
5.0 out of 5 stars Great book!
Reviewed in the United Kingdom on 4 January 2019
Verified Purchase
This is a fantastic book. It focusses on techniques to use when experimenting with your partners. It also seems rather modern and understanding of the 21st century. Which is great as some tantra books seem to forget to factor in the world we currently live in. Very interesting read.
Read more
3 people found this helpful
Report abuse

james3
5.0 out of 5 stars Great explanation reintroduction to the Tantra
Reviewed in the United Kingdom on 7 April 2020
Verified Purchase
This is my first reading into Tantra. This book was well written and explained everything brilliantly. Looking forward to putting my consciousness aside and trying Tantra
Read more
Report abuse

Stephen J. Perry
4.0 out of 5 stars if it feels good, then do it
Reviewed in the United Kingdom on 21 June 2016
Verified Purchase
A very interesting book, well worth a read and a lot of it makes a lot of sense. I suppose in a nutshell it says slow down and pay attention to how things feel. The Eastern mysticism may not be to everyone's taste, but you could cherry pick what works for you and your partner. This is something that both partners need to be engaged with. In the end, if it feels good, then do it!
Read more
6 people found this helpful
Report abuse
See all reviews
Back to top
Get to Know Us
Make Money with Us
Let Us Help You
And don't forget:
© 1996-2022, Amazon.com, Inc. or its affiliates