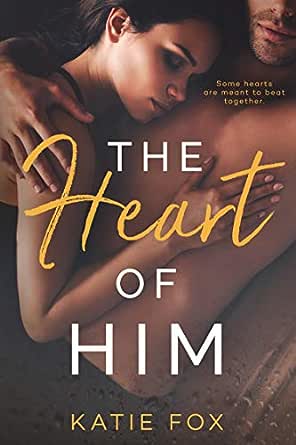 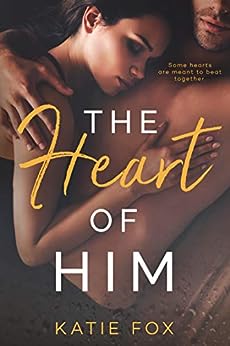 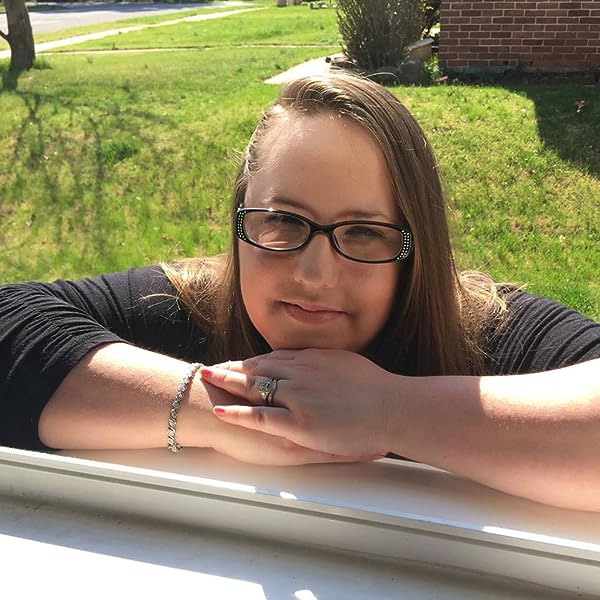 The Heart of Him Kindle Edition

Sixteen months ago, Cassidy Porter lost the love of her life.

Every day since has been a battle to carry on, but despite what her mother and sister say, she’s making progress—or is she?

When she receives an invitation to attend a banquet in honor of the organ donors and their recipients, she has every reason to guard what remains of her shattered heart.

Maybe this will be the closure she needs to finally mend its pieces.

For the last twenty-eight years, Samuel Copeland has been afraid to live.

Diagnosed with a genetic heart condition, he knows better than anyone that second chances don’t come along often. Since his transplant, he spends his days in the local coffee shop, watching and observing, trying to make sense of all he’s been given.

Grateful doesn’t begin to describe it.

When the opportunity to meet the person who was closest to his selfless donor presents itself—a chance to say thank you for saving him—he takes it.

What’s the worst that can happen?

Brought together by fate—or perhaps, something else entirely—the two form an unexpected bond, one that has them both asking: can two hearts be destined only to beat for each other?

This book is sure to rip the heart right out of your chest! My goodness, the emotions that swirled inside of me as I read this book I felt right down into my soul. This book is a sad but heartfelt read about losing someone but finding that it is ok to heal and move on, it is ok to be happy, it is ok to have a future. And you must let go of all the guilt you hold so you ca finally be free and move on and choose to live. Get the tissues ready because you will definitely need them!

Sam and Cassi’s story is different to a lot of others I have read. This is actually the first story I have read of it’s kind, and at first, I wasn’t sure how it was going to work. But Ms Fox has created a beautiful masterpiece with her words. She gripped me in and didn’t let go until the very end. The twists and turns caught me by surprise as well, making this a very emotional but interesting read.

Do you believe two hearts are destined to be together? This book will show you just how much two hearts are destined to be together. If you have not yet read anything from this author, I strongly, strongly suggest picking up a copy of any of her books and having a read. So grab your tissues and make yourself comfortable and read this heartfelt, amazing read.

Karen Sedg
TOP 1000 REVIEWER
4.0 out of 5 stars Fantastic Read!
31 October 2018
Format: Kindle EditionVerified Purchase
Katie Fox is a new to me author and won't be my last! I was going to say that Cassidy and Samuel's journey was fate but l don't think that was the case here, these two are just meant to be together! How does your heart feel? My heart is full of happiness and my heart goes to these two! That epilogue was so good, The Heart Of Him is so worth the read!
Read more
Helpful
Comment Report abuse

Kindle Customer
5.0 out of 5 stars Wow
26 October 2019
Format: Kindle Edition
Just wow. This book takes you on a journey full of emotions. I loved it it was so angsty it squeezes on your heart I didn't know who I was crying for anymore . Was I crying for the little boy who lost his mum and now found love in someone that might not see him for who he truly is or Cassidy 's heartbreak after losing the love of her life or for both of them on their journey to find their place in life and be happy with each other without feeling guilty about it. It was an emotional journey even Adam I fell in love with his lovely character and felt the pang for the loss of this beautiful young man. Beautiful story that I would read again and again and again. True it might've been written before, it actually reminds me of the movie RETURN TO ME granted it's not the same story line but the author knew how to make her story shine .
Read more
Helpful
Comment Report abuse

Anna Vardaro
5.0 out of 5 stars Beautifully written
8 November 2018
Format: Kindle Edition
“Do you think it’s possible some hearts are meant to beat together?”
This book was such a beautiful read full of heartbreak and love. I found the characters Sam and Cassi to be real and raw with so much emotions i could feel it seep through the page's.
"If we’re meant to be broken, let’s be beautifully broken together.”
Again an amazing read!!

Amazon Customer
4.0 out of 5 stars Heartbreaking!
23 October 2018
Format: Kindle Edition
I love ready stories about second chances, this story had a different spin on this, the characters had a depth & genuine feel about them. I throughly enjoyed this story even though it was heartbreaking at times.
Read more
Helpful
Comment Report abuse

Judith Byrne
5.0 out of 5 stars The heart of him
16 November 2018
Format: Kindle Edition
Loved this story was very beautiful,always feel guilty when someone you love passes,loved all the songs also mentioned.all good for me
Read more
Helpful
Comment Report abuse

Vanessa
5.0 out of 5 stars A definite must read!!!
17 October 2018
Format: Kindle Edition
This book was an emotional rollercoaster that I couldn't get off. I loved this book
Read more
Helpful
Comment Report abuse
See all 7 customer reviews
Write a customer review

Go to Amazon.com to see all 58 reviews 4.7 out of 5 stars
Get FREE delivery with Amazon Prime
Prime members enjoy FREE Delivery and exclusive access to movies, TV shows, music, Kindle e-books, Twitch Prime, and more.
> Get Started
Back to top
Get to Know Us
Make Money with Us
Let Us Help You
And don't forget:
© 1996-2020, Amazon.com, Inc. or its affiliates