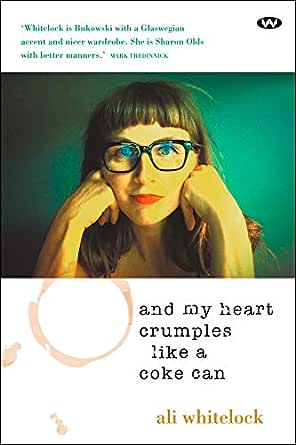 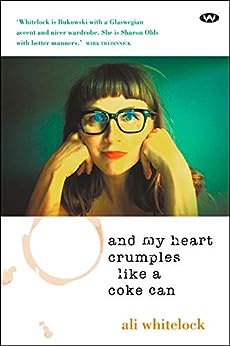 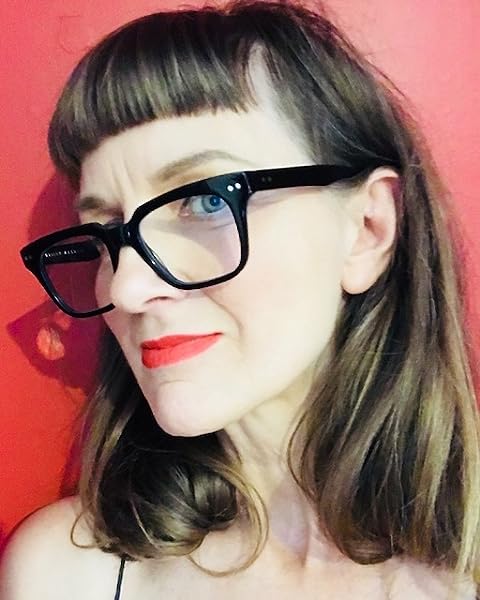 And My Heart Crumples Like a Coke Can Kindle Edition

This is brilliant. Funny, heartbreaking and a bit wonky. Now my internal monologue sounds like an Ali Whitelock poem (except not as good)'--Graeme Macrae Burnet, author of His Bloody Project (shortlisted for the Man Booker Prize 2016) --This text refers to the paperback edition.

Ali Whitelock is a Scottish poet living in Australia. Her first book, Poking Seaweed with a Stick and Running Away from the Smell was published in both the UK and Australia. --This text refers to the paperback edition.

JAY BLACK
5.0 out of 5 stars the making of a movie to remember, starts with a memory worth keeping—even if it was a bad day.
Reviewed in Australia on 24 January 2019
**ATTENTION —-‘and my heart crumples like a coke can, by Ali Whitelock is a killer book of poetry!!……with Brilliant Australian humour delivered by a highly talented Scot who has devoted her life to writing....and for this alone I applaud...as she’s doing what her heart tells her to do! Ali resides on Australian shores and tells it like it is. To people in back in the old word...grab this book while it’s hot!!…you will laugh and you will cry.

Ali writes a wicked tale, a story inside a poetic voice so wonderfully delivered via a truth at the heart of it — disguised, but not inconspicuously - as a metaphor, but it is a truth and it is an invitation into a world outside of your own...but, you will recognise the characters and the plot, owning the story almost as your own. This is because Ali knows how to feel the story. I could almost imagine, while reading ‘and my heart crumples like coke can’ that she writes these poems, on the bus, while eating an apple and laughing out loud at a joke she heard this morning, listening to the radio on the bus - and the news headline drops onto the page. And there she is, staring out the bus window — and her poetry is delivered right to your stomach. One of the prime favourite of mine, which stands out is....about a lake - with swans — it is where Ali tells a story — she is shopping for a swimming suit and mingling with the ‘locals’ in not such a fashion of enjoyment as she is questioned why she doesn’t have a swimming suit and the story ventures into a memory of her father who travelled widely and is now “on a lake full of swans”. The vivid imagery captures you as you find yourself hearing the conversation and seeing the memory. ‘on making chocolate cake and - saving - what’s left of your relationship’ is brilliant as Ali tells a story of another memory, while trying to forget it. Moving on, while mastering cake baking and the distractingly subtle realisation that reminds her, the memory is not going away. Ali describes some events of personal natures so openly and reliving the memory for the reader. I could say her vulnerability is beautiful and could say she is so wonderful and very brave... and she is of course - but what I’m going to say, is that her immaculate use of language is a carved Sunday roast, a frustrated cake bake and an interrogation by the locals who are not so sure of her accent and what she gives is perspective laughter and frustration which all happens when you know, things are just the way they are.

Rochelle Jewel Shapiro
5.0 out of 5 stars Heartfelt and Witty
Reviewed in the United States on 23 January 2019
Verified Purchase
Like Andy Warhol who painted popular consumer items such as boxes of Brillo and cans of Campbell’s soup, Ali Whitelock seeds her poems with trademarks—coke, coles, mars bars, and “to-ble-fucking-rones….” Unlike Warhol who zoomed in on them, elevating them to high art, Whitelock embeds consumer products by not beginning their trademarks with capital letters, embedding them the way advertisers have into our consciousness.

Actually, none of Whitelock’s poems are punctuated. Although she rants against the burden of aging, her poems, missing the punctuation, make you think of a breathless little girl running in to tell you the news of her day. And what news it is! She’s a social satirist who holds up our world and makes us burst into laughter. For example, in the first poem of her collection—a friend of mine with low self-esteem—she observes in a highbrow bookstore that “the staff/ in the bookstore do not say hello to you / or be nice to you because they are very / intellectual only they can’t find a job doing / an intellectual thing….” In “ode to an ovary,” a title funny in itself, you see her sharp wit when she writes about women whose husbands work in finance so they can “drive around in Mercedes / your alabaster breasts are full of low-fat milk…” She brings the same piercing wit to observations about herself. Railing against the cult of positive thinking and the New Age shtick “mani-fucking-festation,” she writes “may I complain proudly and loudly of aging…” and boy, does she ever! Although she tells us of failing eyesight, drooping breasts, there is no violin playing a song of self-pity. It’s a declaration of war! “…just let me eat cake and go quietly to seed.”

Her poems are so full of heart. Her ten-year-old dog pads through them, requiring more and more care, which she lavishes upon him. When he dies, you not only feel the grief of the poet for her dog, but you bear your own grief for him as if you too have fed him Omega oils, going to cafes with him, and sat beside him at the beach, staring out beyond the breakers. Her poems are like small stories with arcs, turns, “aha” moments, stories whose endings I don’t want to give away.

Born in a country childhood in Scotland, self-exiled to a burb of Australia, Whitelock is keen to the problems of immigrants and the frustration that too many Australian suburbanites who live in “a kuntry where sun is never stopping shining” don’t seem to be curious about the wider world. Some of the tenderest poems come about through meeting immigrants such as a clerk in a hardware store who had to leave Yugoslavia.

Whitelock’s poems are about love, the ache for it, the throwing away of it, leaving one’s homeland, the death of loved ones, of hope. And yet her writing is so hopeful, creating order out of chaos, working her way to a teetering balance despite every “triggering tremor.” Her writing allows you to get to know her, and, in many ways, ultimately yourself.
Read more
Report abuse
See all reviews
Get FREE delivery with Amazon Prime
Prime members enjoy FREE Delivery and exclusive access to movies, TV shows, music, Kindle e-books, Twitch Prime, and more.
> Get Started
Back to top
Get to Know Us
Make Money with Us
Let Us Help You
And don't forget:
© 1996-2020, Amazon.com, Inc. or its affiliates