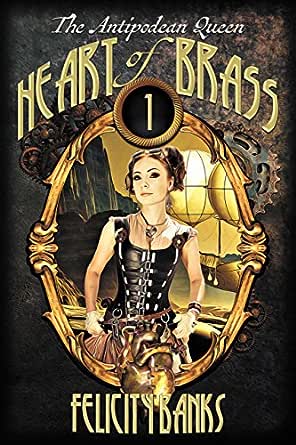 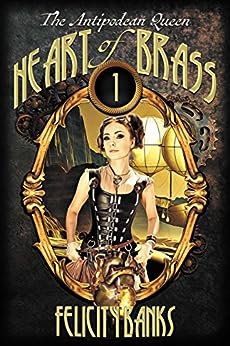 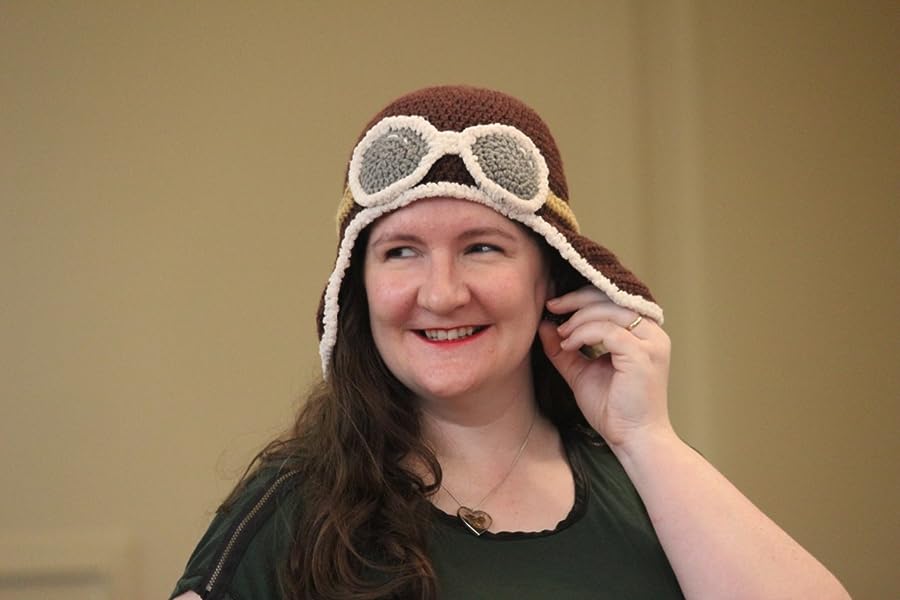 Paul May
4.0 out of 5 stars Four Stars
Reviewed in Australia on 8 September 2016
Verified Purchase
read it, get it in your head
Read more
Helpful
Comment Report abuse

Dion Perry
3.0 out of 5 stars A nice story suitable for people of all ages
Reviewed in Australia on 8 March 2017
Emmeline is high born and has been raised in accordance with the expectations of her class. She is, however, quite different to most women in that she has a brass heart which was installed by her father. An operation for which he was executed and which cost the entire family fortune to bribe the law to keep secret. In order to save the good name of her family, Emmeline must marry a rich man. During tea with her preferred suitor and his mother, her heart malfunctions and Emmeline is forced to steal a silver necklace to repair it with. It is a crime for which she is transported to Australia (the colony) for. Shortly after arriving, Emmeline flees to the gold fields with a few people of questionable reputation and unwittingly get tangled up in the Eureka Stockade.

Despite there being a few implausible things, which I totally pass off as being a feature of the steam punk genre, I thoroughly enjoyed Heart of Brass. The book contains no course language, sex scenes or excess violence. It does have a sprinkling of romance but it is subtle and well woven in, along with a hint of magic. The book rumbles along and, despite not being a book I would normally read, I found it difficult to put down. The only thing I was a little surprised at was the ending. Until the Eureka Stockade scenes, I did not realise it was an alternative history. I thought it ended a little bit abruptly, but in fairness I did not read the alternative endings as it would have been difficult to do so with an ebook. I will certainly look out for the sequel or additional work by this author. I would recommend the story to people of all genders and ages.
Read more
Helpful
Comment Report abuse

Laura E. Goodin
4.0 out of 5 stars Non-stop steampunk action
Reviewed in Australia on 12 October 2017
The action never stops in this breathless adventure. The characters -- satisfyingly complex and ambiguous -- face genuine problems based on actual Australian history, but placed within a context of an intriguing magic system in a steampunk world.
Read more
Helpful
Comment Report abuse
See all reviews from Australia

ReadingGrump
3.0 out of 5 stars Fun steampunk adventure based on historical events
Reviewed in Germany on 7 November 2017
Verified Purchase
Young heroine with a steam-powered brass-heart (let's not question how one can have a boiler inside their body without burning the rest of their flesh into delicious human meat...) tries to save her once-rich family from poverty, but gets sends to Australia for her troubles. Adventures ensue!

It's a great setting, and I love the idea of different metals having magical properties and being kind of empathic towards people (ie if you were iron, you become stronk!). The heroine of course is particularly in-tune with metals, perhaps because she has so much of it in her body. She also realizes that now that she's removed from British society, she suddenly doesn't need to care about marriage and other social trappings so much anymore, and she really comes into her own ...

... along the ride are two companions: a woman and a man. This I had a bit of an issue with: the woman seems fun enough, but not much on her is provided. I can't say I felt I really knew her at the end of the story. That also was somewhat true for the guy, but moreover I just didn't like him. If I'm cheering for criminals, I need to feel justified in doing so - the heroine trying to save her own life was understandable (how can one blame her for doing that?), her female companion trying to get out of a marriage she doesn't want is equally understandable, but the guy with his odd bravado (or whatever that was supposed to be) just didn't sit well for me.

So I wasn't quite as invested in the character's tale as I should have been.

Next: the book is over at, what, 70% or so. Now, it's not one of those where these loads of previews or whatever at the end; instead there's a CYOA thing and some background information on real Australian history. Wasn't uninteresting, but, well. It's not the same as more of the tale I actually bought the book for ...

Still, steampunk fun. Can't be too hard on it. It was entertaining enough, just felt like it could have been better.
Read more
Helpful
Sending feedback...
Thank you for your feedback.
Sorry, we failed to record your vote. Please try again
Report abuse
Translate review to English

HollySoall
5.0 out of 5 stars Australiana Steampunk
Reviewed in the United States on 12 July 2017
Verified Purchase
Heart of brass is a book that hits you on a few different angles. As an Australian, there's the angle of the country's history, related in such a way as to make it exciting again after years and years of boring history classes. As a writer, there's the portrayal of characters each as developed and robust as each other, working together. And as a reader, there's a great story that, while starting off slow, brings you in with a fun excitement that had me fail to notice I'd just spent 2 1/2 hours and six cups of tea reading it on the final stint – once the characters hit Ballarat, it felt more like fifteen minutes.
Emmeline, while originally a truly annoying character that finds trouble without even intending on it, is someone I can see myself now following through two more books. I'm happy to see her go on, and hopefully use her skills to benefit her journey, rather than hiding them. For a steampunk story, there is relatively little steampunk in the pages, for which I am moderately grateful, but I do believe that the use of gears ad wheels should have found itself better off in the final battle.
And the ending? What the…? That caught me off guard. Aside from the scene of naked bathing in the river, and the incredibly uptight modesty of Victorian England, there is little to build the apparent attraction between the characters – though I suppose that the magic of lead poisoning probably goes some way to explaining the kick in the pants that the infatuation received.
Overall, one of the more enjoyable Australian- set books I've read in a long time. It's given me a hankering to go looking in to the history of the Eureka Stockade, which I've never wanted to do before, owing to cultural over-saturation. If it can manage to send me researching, it's definitely something you can get into.

First reviewed on the Beyond the Words podcast.
Read more
Helpful
Sending feedback...
Thank you for your feedback.
Sorry, we failed to record your vote. Please try again
Report abuse

I am pleased with my first Australian steampunk adventure. The narrative fits nearly into Australian history and gives a rollicking adventure in the course.

A society lady with a scandalous secret makes a sacrifice that lands her in a journey to the other side of the globe, and perhaps sacrificing her society values along the way.

Note: I know the author, but paid for my own copy, and am writing the review without obligation.
Read more
Helpful
Sending feedback...
Thank you for your feedback.
Sorry, we failed to record your vote. Please try again
Report abuse