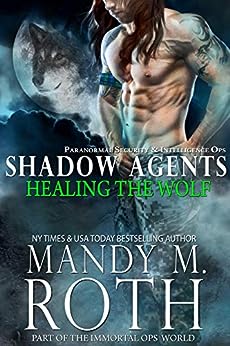 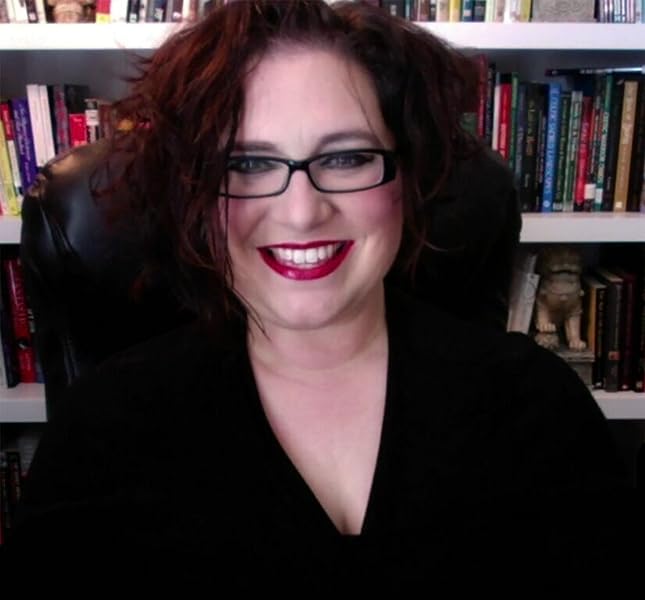 4.8 out of 5 stars
4.8 out of 5
194 global ratings
How are ratings calculated?
To calculate the overall star rating and percentage breakdown by star, we don’t use a simple average. Instead, our system considers things like how recent a review is and if the reviewer bought the item on Amazon. It also analyses reviews to verify trustworthiness.

divigirl66
5.0 out of 5 stars Another great book in a brilliant series.
Reviewed in Australia on 26 December 2018
Verified Purchase
Well this one really kept me on the edge of my seat wondering how things would pan out! Great characters, brilliant dialogue, with some really giggle worthy scenes, Bill and Gus !! What a hilarious pair! I simply cannot wait for the next book in the I .Ops world.
Read more
Helpful
Report abuse

Jamoz23
TOP 100 REVIEWER
3.0 out of 5 stars Just didn’t enjoy the cult plotline.
Reviewed in Australia on 24 May 2020
Just didn’t enjoy the cult plotline.
I loved Gram getting his mate so quickly, as it was not his fault what happened with Brooke.
The fact he gets a mate and a daughter at the same time was great.
I thought Andie the young sister was sweetly precocious.
The crazy scottish twin cousins as new characters was fun.
Having Bill and Gus be in this was a surprise and I just couldn’t understand why they were in this book.
I just hated the whole cult idea. I found it ridiculously over the top and unbelievable.
The ending with Amelia’s father was just over too quickly and everything to do with The Flock was too simply dealt with.
Read through Kindle Unlimited.
Read more
Helpful
Report abuse

Kindle Customer
5.0 out of 5 stars Healing the Wolf
Reviewed in Australia on 28 January 2020
Verified Purchase
Gram was injured so badly no one thought he'd live.
He wasn't healing and he was hallucinating.
So what's a person to do,so his good friends kidnapped him.
To take him to a place of peace and healing.
Boy, were they wrong.
Fabulous tale
Read more
Helpful
Report abuse
See all reviews

Kindle Customer Leanne.S
5.0 out of 5 stars What a Gram Cracker!
Reviewed in the United Kingdom on 21 December 2018
Verified Purchase
Well worth the extra wait!

My heart broke for Gram in Act of Passion (Malik's story) , when the woman and her child who he was in love with reconnected with her true mate, and left poor Gram absolutely heartbroken.

After saving Brooke's daughter Bethany from an explosion in Act of Passion, both Gram and his wolf were left broken, his body wouldn't heal properly and he just couldn't get out of this funk he found himself in, even though he was happy for Brooke.
So an intervention was needed! And who was the one to organize such a thing??! None other than our lovable shifter Striker (God help him! lol)
He arranges to have his cousin's the McCracken twins Mac and Car, to help out and what a pair these two are, they make Striker look like an angel.
Their plan is to knock Gram out, kidnap him and take him to a spa resort that caters to everything for the supernatural, and I mean Everything. But not only is, All what it seems at the spa, but we have the lovable Bill and Gus return, already at the spa causing havoc, but ready to give a helping hand, and some fantastic humour.

Everyone thinks Amelia and her younger sister Andie are just human, and the only reason that she is still around is because her father (an evil mad cult leader) has foreseen that she will tempt the Bringer into the "Flock".
Amelia doesn't know what exactly she is, but she does know she is a lot of everything paranormal, and all she wants is to protect Andie from their father and the members of The Flock. A plan is in place for the pair to run away in the next 48 hours, but what Amelia didn't expect was a big spanner being thrown into the works.
At first Amelia can't and tries at first to refuse to understand why she feels so drawn and safe with this very sexy, very broken, but very alpha male Scottish stranger.

As with all Mandy M Roth's books you can't just read a little here and there, you have to make sure you have an uninterrupted afternoon (or hell will pay lol), but Mandy fill's the book to the brink with humour, love, romance, sexual innuendo's and encounters, a fantastic fight scenes and every PNR need "The HEA".
Read more
2 people found this helpful
Report abuse

Chanelle Tahir
5.0 out of 5 stars I laughed I cried my stomach hurts
Reviewed in the United Kingdom on 2 December 2020
Verified Purchase
Absolutely brilliant as always! Really really enjoyed, I laughed I cried mostly from laughing, and now I have alstomach pains! But as always the stories are just brilliant, each have their own personality, never the same read!
Read more
Report abuse

MrsB.
5.0 out of 5 stars Great Take on the Cult Scene
Reviewed in the United Kingdom on 21 June 2019
Verified Purchase
Waited to read this so I didn't have to wait too long for the next one. Really enjoyed Gram and Amelia's story. Quite a dark one but loved that we caught up with other characters - Bill and Gus certainly make me laugh out loud. Some new characters introduced too - strikers cousins - who'd have thought there were cheekier chaps than him!
Read more
Report abuse

BOOKWORM1304
4.0 out of 5 stars HEALING THE WOLF
Reviewed in the United Kingdom on 3 January 2019
Verified Purchase
Have read the whole of the series in reading order and have loved every one. Love the paranormal especially when its so well written. Please keep going
Read more
Report abuse

Laura Rose
5.0 out of 5 stars Great addition to the I-Ops family
Reviewed in the United Kingdom on 6 January 2019
Verified Purchase
Another strong story in the I-Ops world. As always Mandy' ability to write action and humour is outstanding. I love the Scottish contingency and I'm looking forward to whomever is getting their book next.
Read more
Report abuse
See all reviews
Back to top
Get to Know Us
Make Money with Us
Let Us Help You
And don't forget:
© 1996-2021, Amazon.com, Inc. or its affiliates