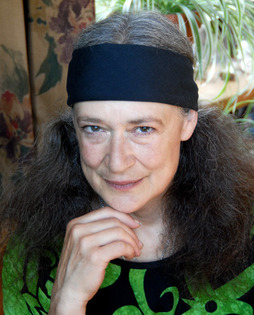 by Susun S. Weed (Author), Durga (illustrator) Bernhard (Illustrator)
4.6 out of 5 stars 288 ratings
See all formats and editions
Sorry, there was a problem loading this page. Try again.

Susun S. Weed has no official diplomas of any kind; she left high school in her junior year to pursue studies in mathematics and artificial intelligence at UCLA and she left college in her junior year to pursue life. Susun began studying herbal medicine in 1965 when she was living in Manhattan while pregnant with her daughter, Justine Adelaide Swede. She wrote her first book -- Wise Woman Herbal for the Childbearing Year (now in its 29th printing)-- in 1985 and published it as the first title of Ash Tree Publishing in 1986. It was followed by Healing Wise (1989), New Menopausal Years the Wise Woman Way (1992 and revised in 2002), and Breast Cancer? Breast Health! The Wise Woman Way (1996). In addition to her writing, Ms Weed trains apprentices, oversees the work of more than 300 correspondence course students, coordinates the activities of the Wise Woman Center, and is a High Priestess of Dianic Wicca, a member of the Sisterhood of the Shields, and a Peace Elder. Susun Weed is a contributor to the Routledge International Encyclopedia of Women's Studies, peer- reviewed journals, and popular magazines, including a regular column in Sagewoman. Her worldwide teaching schedule encompasses herbal medicine, ethnobotany, pharmacognosy, psychology of healing, ecoherbalism, nutrition, and women's health issues and her venues include medical schools, hospital wellness centers, breast cancer centers, midwifery schools, naturopathic colleges, and shamanic training centers, as well as many conferences. Susun appears on many television and radio shows, including National Public Radio and NBC News.
Tell the Publisher!
I’d like to read this book on Kindle

Teresa
1.0 out of 5 stars Fantastic Author and book content, I would highly recommend!
Reviewed in the United Kingdom on 23 February 2019
Verified Purchase
Fantastic author, fantastic book, I would highly recommend! Disappointed with quality. When paying for a 'New' book I would expect new quality. The book pages are dirty on the sides, pages are folded over on 1/5 of the book and the back cover has a big crease across it!
Read more
Report abuse

Amazon Customer
5.0 out of 5 stars Love This. Book Susan Weed
Reviewed in the United Kingdom on 1 May 2017
Verified Purchase
Love This. Book Susan Weed. So. Good 💕💗💞💝🌟🌿💚🌿♻️🍃🌳💐♻️
Read more
One person found this helpful
Report abuse
See all reviews
Back to top
Get to Know Us
Make Money with Us
Let Us Help You
And don't forget:
© 1996-2021, Amazon.com, Inc. or its affiliates