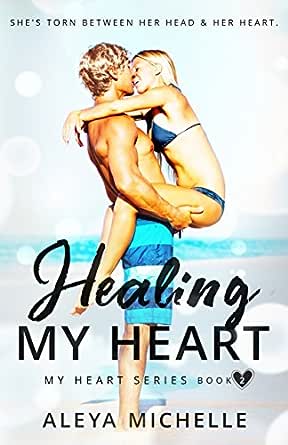 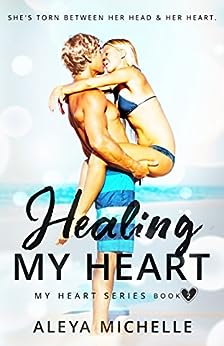 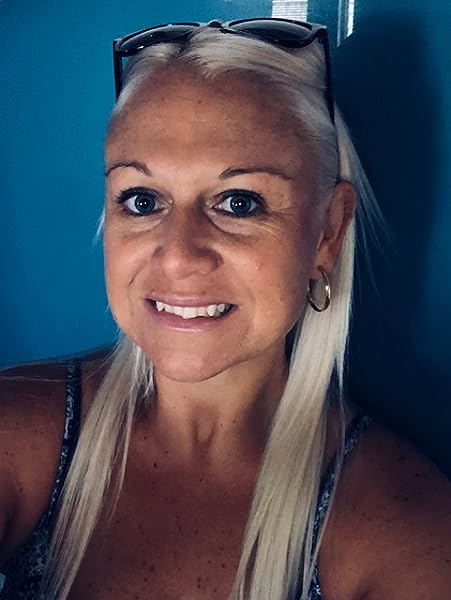 leannes0482
4.0 out of 5 stars Fantastic
Reviewed in Australia on 14 November 2014
Verified Purchase
Healing my Heart picks up right where Breaking my Heart finishes. Roxy is lost without Kade and can't understand why he took off the way he did. She wants to move on with her life and so she meets Dylan. I have to say I dislike Dylan. He's a pretentious ass. He's nice and kind and loving on the surface but he's a real dick. He's not Kade and won't be anything like him. Roxy is still in love with Kade.
So when Kade comes back her heart and her mind battle it out to make the right decision.
I can't wait until the 3rd installment to find out if the truly have a HEA.

Mrsmoxham
5.0 out of 5 stars Edge of my seat
Reviewed in Australia on 12 April 2015
Verified Purchase
Omg! The ups and downs of love, that are so relatable. Characters that are believable and realistic. The best Aussie love story since Scott & Charlene
Read more
Helpful
Report abuse

BecP
5.0 out of 5 stars Will there hearts heal?
Reviewed in Australia on 23 February 2015
second book in the series again beautiful,sad loving heart breaking. Now that Kade has left Roxy heartbroken she has gone and trying to move on with Dylan who had his heart broken about 8months ago, but how and what really happend.

Roxy is not over kade she still loves him and hopes that maybe if at all possible he will come back, problem start out wiht dylan being over protective wanting to know where she is at all times why she wont return his calls. Roxy really wants to end it but how can she when he has been there for her when Kade has'nt.

Than one night out and her past comes back in Kade has never stopped loving Roxy how can he prove to her after he broke her heart tnat he his backe for good and they are meant to be.

You have to read to see if she let's him back into her heart and what is it with Dylan he is acting scary and strange. It's beautiful,sad, sweet, loving and just so good i really could'nt put it down and now cant wait to see what happens next. GO READ SEE IF ROXY AND KADE GET THERE HEALING HEART'S
Read more

Emily G
4.0 out of 5 stars Good Read
Reviewed in Australia on 11 May 2015
In Breaking My Heart Kade seriously broke Roxy's heart. It felt like he ripped it out and kicked it around a soccer field. When she finally takes her chance to move on she finds Dylan. But her feelings for Kade never go away.
I really liked this book and enjoyed it alot more than the first. :)
Read more
Helpful
Report abuse

Emma K
5.0 out of 5 stars Hot surfers, crazy exes and a whole lot of fun!!
Reviewed in Australia on 16 September 2014
This follow up book Healing my Heart picks up straight from where Breaking my Heart left off with Roxy trying to put her life back together after Kade's unexplainable departure. She is strong, independent and feisty but still needs closure after that loss of her other half, she finds herself 'healing' with her new boyfriends Dylan's help, but is he really all he makes out to be? He left me unsettled, unnerved and blatantly open mouthed at times with his words and behaviour, I for one was cheering when Roxy decided to fix his ways once and for all after her spirits dampened in his presence.
As last time, Aleya gives the reader dual points of view from Kade and Roxy, so to see how Kade was feeling after his families breakdown, the devastation of not having Roxy and then his determination to fix his life was insightful and I adore his surfer outlook on life.

Without spoiling your read I will say Dylan helps Roxy heal her heart, but will this help come at the ultimate price.... His isn't one to let go of anything he considers his easily and with shocking truths, actions and revelations at the end will Roxy ever have a heart that's whole again??

Teri Caiazzo
5.0 out of 5 stars Can a broken heart heal, and move on?
Reviewed in the United States on 27 April 2015
Verified Purchase
In this second part of the Heart series, we find Roxy, still heart broken over the break up, of the only man she ever really loved, Kade Thomas, that was six months ago. For four months now she has been dating Dylan, but she thinks about Kade, she tries with everything to forget Kade, ad for a while believes she has, because Dylan is attentive, perhaps a bit overbearing and jealous, not to mention controlling, but he is good to her. There is something that is not quite sitting well with her, though, he doesn't leave her with enough time to spend with her friends, and soon she finds a side of him that she doesn't really like. The constant text messages she receives at work,and the constant phone calls when they are not together, starts to spark a curiosity in her about him, but she what she finds out about his past, that he never told her about, begins to make her feel uneasy. Roxy is truly a lovable young lady with a good heart but is that enough reason to stay with a man that has never told her a deep dark past to stay with him?
Kade Thomas and his father have left their family home, and have seem to vanished off the face of the of the earth. He is living in another part of Australia, but never told even his closest friends where has moved to, though his break up with Roxy was a hurtful one for her, he thought it was the best thing he could for the both of them. Now he finds he can't keep his mind off of her, and thinks about her every day, even while he is at the beach and should be concentrating on his on going training to become the top surfer, he feels empty inside with like someone put a knife through his heart, and left a hole in it. Even though he was the one to break one off, he wonders if Roxy can ever forgive him and give their love a second chance.
This book is brilliantly written by Alleya Michelle, and again she captures the wonderful feeling of love, which includes ugly times, bad times and often times great times. Her description of the Australian beaches, the sand, and the blue water, simply takes your breath away. This is truly a must read book. Grab your copy today, and hey, why not grab the first one too? This way you are caught up with the two series. Happy reading, and I hope you enjoyed this book as much as I did.
Read more
One person found this helpful
Report abuse

ChantalG
4.0 out of 5 stars A healing story
Reviewed in the United States on 22 April 2015
Verified Purchase
This is book two in this series. Roxy tried to move on after Kade and started dating a guy named Dylan. He seemed to have it all. He was good looking, charming, romantic and good to her. But he is no Kade. After some time spent with Dylan she starts to question some of his behavior and starts to re-think their relationship. After running into Kade unexpectedly there was no denying that the feelings are still there for both of them. To what lengths Dylan will go to keep Roxy and what will happen with Roxy and Kade and their undeniable attraction to each other. I loved this story, it was full of suspense and surprises. I really loved it and is my favorite in this series. Highly recommended.
Read more
One person found this helpful
Report abuse

crosso89
5.0 out of 5 stars Couldn't put it down!!
Reviewed in the United States on 18 September 2014
Verified Purchase
I love love loved this second book in the Breaking my Heart series. Roxy is such a relatable character and I was so upset how Kade ripped her heart out at the end of book one. Their love is the be all of end all (who doesn't want love like that).

When I started reading this book I was happy to see that Roxy was trying to move on in a relationship but still suffering from the worst kind of heartache. We've all been there. Dylan never truly got my blood pumping but the way he took care of Roxy was amazing and had me thinking that he might be the one but I hated how controlling he became and I'm so glad that author Aleya Michelle brought up the issue of emotional abuse in relationships. It's a huge issue and not enough light has been shed on it.

When Kade came back in the picture (not that he was ever far from anyone's thoughts) it turned into a really flirtatious,hot sexy romance and had me swooning all over again! #teamkade

I read this book in a matter of hours,I just couldn't put it down. I cannot wait for book three to see how everything turns out and if Roxy gets the happily ever after she deserves.

Emma Fitzgerald
2.0 out of 5 stars Disappointing
Reviewed in the United States on 16 April 2015
Verified Purchase
Disappointed after a good first book. Not sure I will read the final story in the series as I am not sure where it could really lead. A little predictable and juvenile. Editing could be looked at again.
Read more
Report abuse

Michelle
5.0 out of 5 stars Grab it and hold on!
Reviewed in the United States on 20 October 2014
Verified Purchase
Loved this book. This book was a roller coaster. I absolutely loved book 1 and here in book 2 was no different. Roxy and Kade were great characters. Dillon was a perfect replacement for Roxy but in the end I had to root for Kade.
Read more
One person found this helpful
Report abuse
See all reviews
Get FREE delivery with Amazon Prime
Prime members enjoy FREE Delivery and exclusive access to movies, TV shows, music, Kindle e-books, Twitch Prime, and more.
> Get Started
Back to top
Get to Know Us
Make Money with Us
Let Us Help You
And don't forget:
© 1996-2020, Amazon.com, Inc. or its affiliates