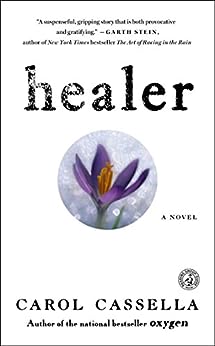 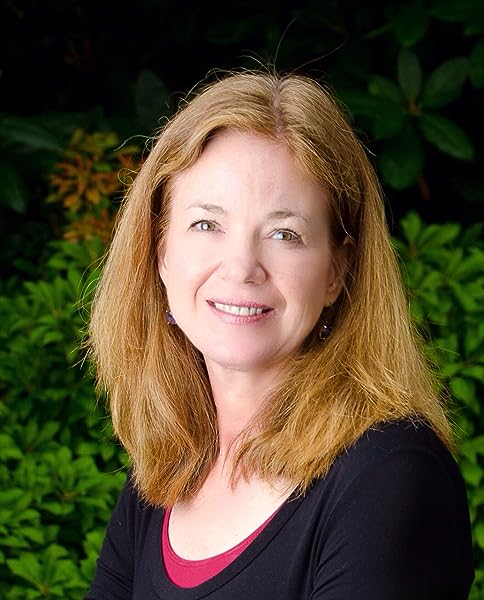 “It’s tough to follow a spectacular debut like Oxygen, Carol Cassella’s striking first novel, with an even stronger second novel, but she’s done it with Healer. There are no blatant good guys and bad guys in Healer, no simple blacks and whites. Cassella’s characters come in myriad shades of gray that make up the complex psyche of all human beings. And when money competes with good intentions, Cassella doesn’t shy away from negotiating the murky ethical areas where profit and altruism collide, weaving questions of immigration, health care, and the power of big pharma into a page turning drama. I highly recommend this compelling new book by this remarkable author.”
―Garth Stein, author of The Art of Racing in the Rain --This text refers to an alternate kindle_edition edition.

Carol Cassella, MD, is a practicing anesthesiologist, novelist, and speaker. She majored in English literature at Duke University and attended Baylor College of Medicine. She is the bestselling author of the novels Gemini, Oxygen, and Healer, published by Simon & Schuster. Carol lives on Bainbridge Island, Washington, with her husband and two sets of twins. Visit the author at CarolCassella.com. --This text refers to an alternate kindle_edition edition.

atmj
4.0 out of 5 stars Sometimes we are saved from ourselves
Reviewed in the United States on 23 September 2018
Verified Purchase
My second Carol Cassella book. She is a great writer and captures the unique viewpoint of the physician. This book is different than the prior one “Oxygen” that I read, in that the primary character is not a practicing physician. This woman Claire was trained as a doctor, but never was fully certified so never practiced. She had a complicated pregnancy that needed her full attention, at the end of her residency. At the same time her husband Addison was a research chemist and had met with great success with a drug he developed. So she never got back into medicine on her own after her daughter Jory was born.
This book is more about relationships, than medicine. Claire and Addison’s marriage is tested when Addison’s bet on a new treatment hits a snag. Testing came back with some issues and he had invested their future in this new drug. Overnight they went from living well to having to scale way back, to living in their rustic not yet updated vacation home in the backwoods of eastern Washington. Needless to say their teenage daughter is not too happy. Being a typical teenage girl, she is single minded in that her parents are ruining her life.
Addison is often away to garner new investors and Claire is left with the brunt of Jory’s scorn. In a bid to bring in some money, Claire dusts off her rusty medical certificate and tries to find work in the local community. This community has many migrant workers for the local agricultural industry and there’s a clinic that might have enough of a need for her services, that her lack of a a full medical certificate might not be a problem.
This book examines Claire and Addison’s relationship, relative to how he had handled their finances. He was always the wunderkind and assumed he would always win and bet heavily on that. Claire has always let him take the lead financially and had never really inquired in the risks he may have been taking. So this is part of the navigation of this book.
There is a twist or two in the story, that I found interesting. Clearly medical and woven in a few of the characters and the world of high stakes medical experimentation and drug development. Kinda scary in a way.
Overall an interesting book, this author does not disappoint.
Read more
One person found this helpful
Report abuse

Susan
3.0 out of 5 stars Does mega-money deplete brain cells?
Reviewed in the United States on 27 September 2014
Verified Purchase
After reading Carol Cassella's "Healer", I think the answer to my question is a resounding yes. Claire, nearing the completion of her medical training, falls in love with Addison Boehning, an ambitious and brilliant biochemist. After they marry, their daughter, Jory, is born prematurely. Rather than taking a leave from the last months of her residency, Claire decides to be a stay-at-home mother. Although I could emphasize with her decision, the practical side of me wondered why anyone could throw away all the education and grueling work when she was so close to the end. Scientists like me tend to be pragmatic and practical to a fault, and I predicted that this decision would eventually haunt Claire.

Addison, in the meantime, developed a test for ovarian cancer and is catapulted into the scientific and financial elite. He and Claire are suddenly one of Seattle's golden couples. Like fools, they could not spend their money fast enough. A McMansion on the shore of Lake Washington, priceless furnishings and paintings, designer clothing - nothing was too good for this couple who each came from humble means.

As I predicted, lightning would strike, and this rather unlikable pair would eventually find themselves in a state of financial ruin. Addison sunk millions into another cancer drug he developed. At first, venture capitalists funded his company, but when he discovered that the drug had serious side effects, Addison, with his nouveau riche hubris, made two fatal errors. He did not disclose this information immediately, thinking it was an anomaly, and he did not tell Claire that he had used all their private funds to resurrect a bad drug. Claire discovered the trouble they were in when her credit card was rejected for, of all symbolic things, a cheap umbrella.

Within weeks, they sold the McMansion, most of its contents and their clothes. Their attempts to keep things quiet failed, and their former friends treated them like there had been a death, bringing them casseroles.

But all was not lost because the Boehnings had bought an old orchard, complete with a crumbling house and barn, in the hinterlands of Washington. They had planned to create a ski McMansion during their golden years of wealth. Alas, it was still in its original state when they moved in. They downsized from a house with many bed and bathrooms - and offices and a media room - to a two bedroom, one bathroom house that was falling apart.

Addison was determined to get back into the biotech game with his unsafe drug, so he traveled all the time, staying in upscale hotels. Claire and Jory, in the meantime, were stuck in a house that was barely habitable, especially by their standards. Because the family had virtually no money and Addison's prospects were bleak, Claire decided to look for a job as a doctor without portfolio. She was eventually hired by my favorite character in the book, a doctor who ran a clinic for local migrants. The clinic was primitive, but it did not lack for patients, most of whom spoke only a few words of English.

Claire deserves much credit for growing into her job as a doctor, learning sufficient Spanish, mothering her teenage daughter, living in the wilderness and, above all, financially supporting the entire family on a pittance. She had time to question why she was so content in her old life, and why she had never questioned Addison about his work and their finances. Many nights when she huddled by the wood stove, she mocked many unnecessary purchases she had made. The more I began to like Claire, the less I liked Addison.

Claire befriended a Nicaraguan woman who eventually moved into the house to keep Jory company. Jory often behaved like a spoiled brat, but how else was an over-indulged teenager expected to act? There were times when I wanted to throttle her, but how many teenagers could transition from a McMansion in Seattle to a rickety house in the woods?

The Nicaraguan woman had an agenda, which I felt interfered with the story. The story should have concentrated solely on Claire as she began to grow into her role as head-of-household. Addison would never stop chasing his futile dream, and I think Claire either had to accept that or move on.

A question I had was how was the family able to spend money after Addison lost everything? How did he pay for upscale trips to present his product to potential investors if Claire's credit cards were refused? Before Claire got her job that paid so little, how did she and Jory buy necessities?
Read more
Report abuse

JeepsySoul
5.0 out of 5 stars love, loss, migrant healthcare...this book has it all..
Reviewed in the United States on 10 November 2013
Verified Purchase
This was an amazing book that explored so many hot button topics.. It was an intriguing read about having everything money can buy only to lose it all to the ultimate gamble of wanting more.. it was a story of spousal dishonesty, fear of rejection, and ultimately falling in love again.. I cheered the characters successes and cried with the loss of always being so close to success financially but ultimately falling short. Though finances were always on the character's minds there was an ultimate connection higher than material possessions in the lives they touched in the medical setting. it was also a story of migrant workers and the struggles they faced with no access to healthcare, and always trying ways to better themselves even if it meant being involved in experimental drug studies and paying the ultimate sacrifice... Highly recommend this book!
Read more
Report abuse