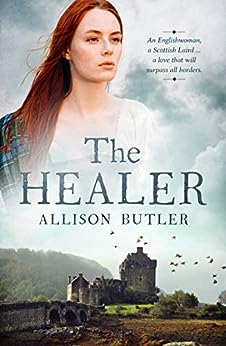 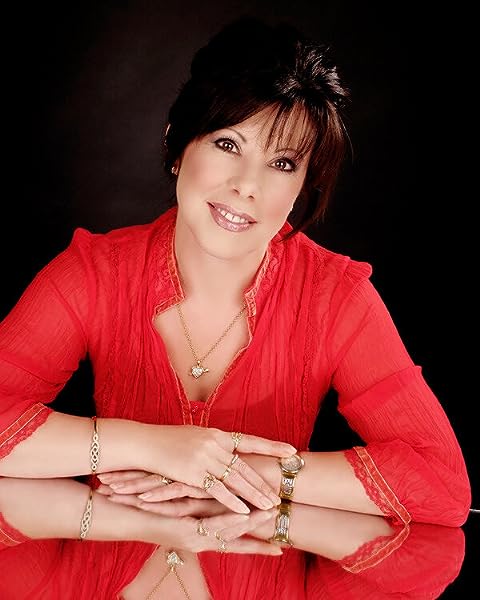 by Allison Butler (Author) Format: Kindle Edition
Book 1 of 2: Borderland Brides
See all formats and editions
Sorry, there was a problem loading this page. Try again.

An Englishwoman, a Scottish laird ... a love that will surpass all borders. A sumptuous romance in the spirit of Diana Gabaldon and Darry Fraser.

Lynelle Fenwick is the daughter of an English lord, but was deemed cursed when her mother didn't survive childbirth and has been an outcast all her life. Raised by the village healer, who has since died, Lynelle truly is alone. When her younger half-brother is captured during a Scottish raid, she sees a last chance to redeem herself to the father who rejected her, and offers to be held captive in his place.

Across the turbulent border, Lynelle strikes a bargain with William Kirkpatrick, laird of Closeburn. She will spend two weeks inside the clan's castle tending William's younger brother who is in need of a healer's care. The laird has his own family curse to deal with, along with a deep distrust of healers - and Lynelle has exaggerated her healing skills to obtain her half-brother's freedom.

Despite their differences, William and Lynelle are drawn to each other ... then an unexpected foe threatens to divide them forever ... Enemies by birth and circumstance, they can only succeed together.

Kindle Daily Deal: Save at least 70%
Each day we unveil a new book deal at a specially discounted price - for that day only. See today's deal or sign up for the newsletter
Next 2 for you in this series See full series
$10.98 includes tax, if applicable
Sold by: HarperCollins Publishers (AU)
Price set by publisher.

Allison Butler is an author of Scottish historical romance. She spent her early years in country New South Wales building pretend castles with hay bales and leaping white posts with her army of two older sisters and a younger brother. Many years later, with her mother's influence, she discovered a passion for words and history, read her first historical romance and was inspired to create her own. She writes by day and cares for the elderly by night. Her love of travel has given her the gift of many amazing sights but none more heart - stirring than the rugged beauty of Scotland. Allison lives in a small town in New South Wales, Australia, with her very own Scottish hero, two beautiful daughters and a Jack Russell named Wallace. She loves travelling, dancing like no - one's watching and seeing the sights from the back of her husband's motorcycle. --This text refers to the paperback edition.

Allison Butler is an author of Scottish historical romance. She spent her early years in country NSW building pretend castles with hay bales and leaping white posts with her army of two older sisters and a younger brother. Many years later, with her mother's influence, she discovered a passion for words and history, read her first historical romance and was inspired to write her own. She writes in the morning and cares for the elderly in the afternoon. Her love of travel has given her the gift of many amazing sights but none more heart-stirring than the rugged beauty of Scotland. Allison lives in a small town in NSW, Australia, with her very own Scottish hero and a Jack Russell named Wallace. Their two beautiful daughters have left the nest to begin their own adventures. Allison loves travelling, taking photos, dancing like no-one's watching and seeing the sights from the back of her husband's motorcycle.

4.2 out of 5 stars
4.2 out of 5
348 global ratings
How are ratings calculated?
To calculate the overall star rating and percentage breakdown by star, we don’t use a simple average. Instead, our system considers things like how recent a review is and if the reviewer bought the item on Amazon. It also analyses reviews to verify trustworthiness.

Ariaan Daniels
3.0 out of 5 stars Fluff
Reviewed in Australia on 25 September 2020
Verified Purchase
Having been a fan of the 'Outlander' series for many years, what caught me about this book was that on the back cover a critic was quoted to say "better than Outlander". So i thought i had to give it a go. Unfortunately there was no real substance to it. Just another light, highly predictable romance novel. No where near as gripping or as much character development. It was readable though, hence the three stars
Read more
Helpful
Report abuse

Lily Malone
TOP 1000 REVIEWER
4.0 out of 5 stars Enjoyable
Reviewed in Australia on 1 January 2021
Verified Purchase
My first read for 2021 and my first by this author. Historical Scots and Englishmen is not often my thing, but I enjoyed Lynelle and her Laird.
Read more
Helpful
Report abuse

Maria Tippett
5.0 out of 5 stars Great read
Reviewed in Australia on 26 May 2016
Verified Purchase
Love this rather sad tale. It is well written, and really shows how our fears can control our lives. It's a story I could read more then once. Would have liked it to have had a longer ending. It ended to abruptly. All in all well worth reading.
Read more
Helpful
Report abuse

Janeen Henschke
5.0 out of 5 stars The healer
Reviewed in Australia on 10 November 2014
Verified Purchase
Thank you Alison Butler interesting times and descriptions of this era. I like to read about the interactions of people and situations as described in this book. A
good read.
Read more
Helpful
Report abuse

Patricia De Prato
1.0 out of 5 stars Nothing like outlander books, Very disappointed
Reviewed in Australia on 30 August 2020
Verified Purchase
I like the story , but I felt it was unfinished, nothing like the outlander books , you can't compare
Read more
Helpful
Report abuse

Sarah
3.0 out of 5 stars Nice historical romance
Reviewed in Australia on 14 November 2015
Verified Purchase
A great read on a dreary day, nice to take away and read on a break. Nothing too dramatic, just a good HEA read. Only complaint is that the story ends very abruptly.
Read more
Helpful
Report abuse

Amazon Customer
5.0 out of 5 stars Beautiful
Reviewed in Australia on 27 July 2016
Verified Purchase
Beautifully written story. I couldn't put it down. The characters were well drawn and lovable. When they cried, I cried.
Read more
Helpful
Report abuse

Kindle Customer
5.0 out of 5 stars This is a keeper
Reviewed in the United Kingdom on 10 October 2014
Verified Purchase
The blurb on this book was of no service to this book and initially put me off purchasing. It was the price for the book length that made me risk it. I had read THE HIGHLANDERS COMMAND and while an interesting read, it was not for rereading( my personal book judgement) I am glad I risked this one. It is full of drama and emotion with interesting characters. Even had me in tears...but then, I always was highly dramatic. Risk it. No sloppiness involved in the story. No wet emotional romance. Just an exciting if calm past man meets woman with a joint history of mistrust of others.
Read more
9 people found this helpful
Report abuse

jenny
5.0 out of 5 stars The Healer
Reviewed in the United Kingdom on 15 November 2014
Verified Purchase
Loved this book my heart broke when her fathers words cut like a knife when he came for his property. William lack of trust for healers is a tough barrier to Ella to get through,but love over powers everything. This book made me go through so many emotions even though I knew they were not real people this author bought them to life , and brought me into their world of distrust ,heart ache,and a wild heat filled romance. I loved this book a must read. ❤️
Read more
3 people found this helpful
Report abuse

Carmen Gorgie
2.0 out of 5 stars A bit boring
Reviewed in the United Kingdom on 24 January 2019
Verified Purchase
I read this book as it said for those missing Outlander. Oh dear no where does it meet the standard of Outlander. More a Mills and Boon. Sorry not for me but I am sure plenty of others will like it.
Read more
Report abuse

Venezia66
4.0 out of 5 stars Lovely read
Reviewed in the United Kingdom on 8 May 2019
Verified Purchase
Lovely refreshing read...couldn't put the book down...easy on the eye for non complicated reading..very good..kept my interest going despite not the same as Outlander!
Read more
Report abuse

Maria Thompson
5.0 out of 5 stars Can't get enough of Allison Butler books
Reviewed in the United Kingdom on 23 October 2015
Verified Purchase
Brilliant story from beginning to end; incorporating love and action adventure. I do read a lot of historical romances and I've found Alison Butler is definitely my favourite by far. I am only aware of 1 other release to kindle by this author (The Thief) and I am looking forward to further releases.
Read more
Report abuse
See all reviews
Report an issue
Does this item contain inappropriate content?
Report
Do you believe that this item violates a copyright?
Report
Does this item contain quality or formatting issues?
Report