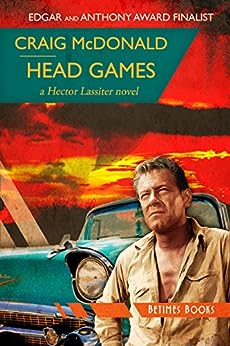 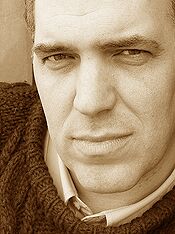 Craig McDonald is an award-winning author and journalist. The Hector Lassiter series has been published to international acclaim in numerous languages. McDonald's debut novel was nominated for Edgar, Anthony and Gumshoe awards in the U.S. and the 2011 Selection du prix polar Saint-Maur en Poche in France. The Lassiter series has been enthusiastically endorsed by a who's who of crime fiction authors including: Michael Connelly, Laura Lippmann, Daniel Woodrell, James Crumley, James Sallis, Diana Gabaldon, and Ken Bruen, among many others. --This text refers to an alternate kindle_edition edition.

Rob Kitchin
3.0 out of 5 stars a five star read that runs low on steam
Reviewed in the United Kingdom on 6 May 2012
Verified Purchase
This was a book of two halves for me. The first half was a dark, screwball noir, with a strong plot and a suite of interesting characters, both fictional and real. Indeed, the book contains a number of real characters and is rooted in the real myths surrounding Villa's missing head. McDonald provides a rich and colourful back story for Lassiter, with a good degree of depth and complexity to his personality. The story has a good sense of place, historical context, and the right kind of feel as a literary pulp noir story as Lassiter would have written it. It hummed along like a well tuned engine. The second half of the book, however, seemed to run out of pace and ideas, with the last quarter in particular becoming bitty, with a faltering pace and staccato story line. If the second half could have kept the same pace and feel of the first half, this would have unquestionably been a five star read. The unevenness, however, pulled it back into the pack. More than enough here though for me to seek out other McDonald books.
Read more
Report abuse

Noel Mooney
5.0 out of 5 stars White-knuckled hard-boiled noir
Reviewed in the United Kingdom on 28 July 2016
Verified Purchase
In Craig McDonald's debut novel, we don't have to read farther than the first sentence to meet our first severed head. This head was once attached to the body of General Pancho Villa, a real-life hero of the Mexican revolution. For various reasons this head is sought by many, from Mexican killers and federales to Senator Prescott Bush (George W's grandfather) who desires it "for dark rituals undertaken by Yale's Skull and Bones society."

In possession of this head is hard-drinking Hector Lassiter, a noir writer inhabiting a noir novel, who tries to keep his own head attached long enough to take Villa's skull from Mexico to California. Dragged into this is Bud Fiske, young aspiring poet and latest would-be interviewer of Lassiter. Throw in shooting, betrayal, car chases, more shooting, more betrayal, your compulsory femme fatale, Orson Welles, Marlene Dietrich, George W (yes that one), the CIA, and more skulls than you can shake a stick at, light the whole mess on fire and you might get something close to the insanity that is this novel.

This is a novel of both literal and figurative 'head games'. The action comes think and fast, interspersed with characters real and imagined. If it all seems a little crazy, and it does, it should be noted that many of the plot points in the novel have a basis in fact.

Readers will have to decide for themselves what is going on towards the end of the book. For me, I think the author is indulging in some 'head games' of his own, but I'll have to buy the next one in the series to find out!
Read more
Report abuse

H. S. Wedekind
5.0 out of 5 stars "The night air was like a tonsil-teasing soul kiss...."
Reviewed in the United States on 5 May 2010
Verified Purchase
I was first introduced to Craig McDonald's debut novel by an Irishman. His name is Ken Bruen and he is an excellent writer of noir thrillers (e.g., THE GUARDS). Bruen suggested reading HEAD GAMES in a Blog, so I took his suggestion seriously and found Craig McDonald's way with words to be terrific: "The night air was like a tonsil-teasing soul kiss - the rare scent of desert rain carried on the wind and heat lightning roaming the horizon." (p. 23) See what I mean?

I won't go into the plot of this humorous, action-packed, thriller cum-road book, as others have already written about it. The search for Mexican Bandit/Revolutionary Pancho Villa's severed head had been written about in another thriller, VILLA HEAD: A Chenney Hazzard Mystery, by author R. D. Brown, who dropped off the radarscreen in the 80s after completing this, his second novel (the first was entitled HAZZARD). McDonald's book, though, is faster paced and more interesting, especially since the reader learns a lot of that period in history that the author definitely researched in depth. In no way is it stuffy, though, unlike the history lessons we had to sit through back in high school. (Remember those "old Days" when history was actually taught in school?) Hector Lassiter, given the nickname "Lasso" by on-again/ off-again pal and drinking buddy Ernest Hemingway, (who pops up as a central character..alive and dead...in the next two novels, TOROS & TORSOS and PRINT THE LEGEND, along with movie stars: Rita Hayworth, Orson Welles, and Marlene 'The Kraut' Dietrich). Hec, is a rough and tumble author, and WW1 veteran, who is a lady's/man's man the reader will definitely take a liking to.

We first meet hard drinking Hector Lassiter in a Ciudad Juarez cantina, in 1957, sitting at a table trying to figure out how to get Pancho Villa's head out of Mexico and split the money some shady someones are willing to pay big bucks and also kill for. Hector describes himself and two compatriots on page 14, "But now the bandit's skull sat under our table between the feet of Eskin 'Bud' Fiske, aspiring, myopic poet and my latest would-be interviewer; Bill Wade, drunkard, soldier-of-fortune and con man; and me, Hector Lassiter, pulp-writer-turned-crime-writer, turned-lately-screenwriter." Shortly after the introduction, the bullets fly. And this is just the beginning!

It's an entertaining and exciting adventure. I recommend it highly (5 Stars)
Read more
One person found this helpful
Report abuse

andrew review
5.0 out of 5 stars Loved It
Reviewed in the United States on 17 December 2015
Verified Purchase
Craig McDonald has written nine books so far featuring his series " hero" Hector Lassiter a pulp novelist, friend to many historical personages of the mid twentieth century and all around adventurer( maybe a cross between the cult author James Crumley and the hard boiled actor Lee Marvin). This pulp adventure, which includes cameos by Orson Welles, Marlene Dietrich and George Bush, senior and junior, is just plain fun and cool. Buying them all. You should too.
Read more
One person found this helpful
Report abuse

Greg Daniel
4.0 out of 5 stars Writers, Guns, and Skulls! with apologies to Warren Zevon
Reviewed in the United States on 18 August 2012
Verified Purchase
Head Games (a 2008 multiple award nominee) features Hector Lassiter, a two-fisted writer for Black Mask, who lives a gonzo noir existence reminiscent of the Thompson Boys, Jim and Hunter.

The tale opens in 1957. Lassiter has dragged a young writer, sent to interview him, to a cantina south of the border where an old acquaintance needs his help in dealing with the MacGuffin of the story: Pancho Villa's skull. Their tete-a-tete about Villa's tete is interrupted by a shoot-out with the federales. And then ... things get weird.

Take a trunkful of skulls, the federales, a secret society, the CIA, Orson Welles, Marlene Dietrich, Ernest Hemingway, the progenitor of a presidential dynasty, and more historical figures, mix liberally with guns, cigarettes, booze, car chases, and an escalating body count and you are just beginning to get an idea of what is in store for you (and Lassiter) in Head Games.

McDonald, who cites Lester Dent among his influences, manages to provide an action-packed tale full of twists and turns that never lets up while still delivering multiple conspiracies, a history lesson or two, and a look at the onion layers of the writer's mind and tortured soul that hides beneath Lassiter's hard-boiled exterior. He does all of this with a dark humor-tinged full bore voice and style (Lassiter's) that is pure new pulp: a truly modern novel that will remind everyone of what attracted them to the pulps in the first place.

The character of Lassiter shares traits with Hemingway but seems to be more directly influenced by a couple of other writers that may be familiar to pulp readers, Brett Halliday/Davis Dresser (creator of Mike Shayne) and Jonathan Latimer (creator of Bill Crane). It is the latter influence that adds a slight touch of screwball comedy to this volatile cocktail of tale. It is the former who, like Lassiter, lied about his age to ride with Black Jack Pershing.

Head Games is the first, but chronologically the second, in a planned series of seven Hector Lassiter novels. Three others, Toros and Torsos, Print the Legend, and One True Sentence are in print with Forever is Just Pretend coming next.
Read more
One person found this helpful
Report abuse
See all reviews
Back to top
Get to Know Us
Make Money with Us
Let Us Help You
And don't forget:
© 1996-2021, Amazon.com, Inc. or its affiliates