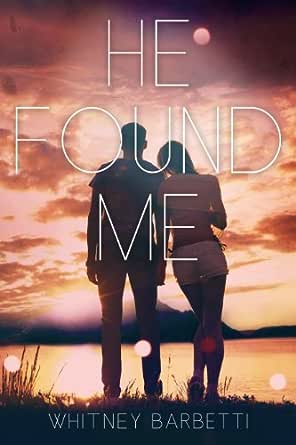 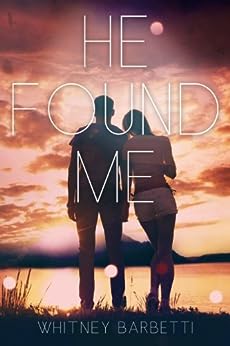 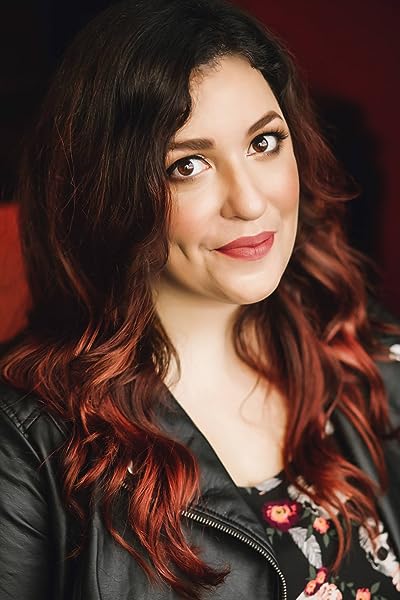 **He Found Me is the first installment in a two-part series. He Saved Me (He Found Me #2) concludes this story.**

When I was seventeen, I disappeared. I walked out the door of my apartment with a backpack and never looked back. I left the life of Cora Mitchell behind, seeking freedom from my real-life nightmare.

But my freedom came with a cost. I lived a fictitious life for the next six years, never letting anyone close enough to see underneath the façade that was Andra Walker.

Until I met Julian.

And the moment I started allowing myself to open up, allowing someone to see through the superficial, was the very same moment the Monster from my past would return to find me.

Karen
TOP 1000 REVIEWER
4.0 out of 5 stars a wonderful author
7 September 2014
Format: Kindle EditionVerified Purchase
He Found Me by Whitney Barbetti
4 stars
Once again, Whitney Barbetti has left me itching for more. I had a massive book hangover from her Ten Below Zero and went in search for her other works. Only then, did I realise I’ve read them out of order but that’s okay – they are standalone books with intertwining and reoccurring characters.
I instantly had empathy for Andra / Cora. She’s lived horrors that people only read about. She’s slipped into another life, a safer life, a protected life and she gets her first chance at love when Julian Jameson arrives at her work.
This is where the lies start and secrets are kept on both sides. Love blossoms and hearts are broken. Another amazing thing Ms Barbetti was able to do, was make a cliff hanger final. Yes. There is an ending, it’s a cliff hanger but it’s also clear. Takes a true talent to be able to do that.
Eagerly awaiting the next instalment in the He Found Me series, Six.

Tanya
5.0 out of 5 stars I WANT MORE!!!!
5 August 2014
Format: Kindle EditionVerified Purchase
I don't know where to start with this, I want to tell you to protect yourself, to protect your heart from being ripped with happiness and sadness, but I can't...that would do yourself a great injustice, because this book, this story is one of the best I have read in a long time.
The prologue sucked me in and I couldn't put it down. I was intrigued, my heart beat sped up to a ridiculous speed...this I knew was a start to a great book. One that would suck me in fully and leave me gutted and broken!!
By the end of the first chapter Andra had me sucked in to her charm. Her wit, her bravery, her love she shared for those around her even when she didn't realise she was doing it or capable of. It was refreshing reading a heroine who even though had a rough start in life ( that's putting it mildly) didn't play the victim, she played the survivor!
And along came Julian. His beautiful soul out shown everything else. His love for words again was so refreshing.
Whitney I don't know whether to thank you or stomp my feet like a toddler having a tantrum....that ending....that ending had me searching for the next instalment. I need to know what happens next!!
I loved it and highly recommend this book. If you are into suspense, romance and a bit of mystery, then my friends this book is for you!
I just found a new favourite Author to add to my top 5. Thank you for the recommendation to read this book!

Stellak
5.0 out of 5 stars Loved it
9 February 2015
Format: Kindle EditionVerified Purchase
I found 'He Found Me' free on Bookbub. I'm so glad too, as it had me enthralled the whole time. Thank you Whitney as I'm now off too see if there are more to read. Mwah
Read more
Helpful
Comment Report abuse

Cinta Grace
5.0 out of 5 stars Five Stars
7 April 2015
Format: Kindle EditionVerified Purchase
I need more of this couple in Six Feed Under! I haven't felt content with their future yet
Read more
Helpful
Comment Report abuse

~Part of me would love to be brave by being honest. But my bravery is the reason for my fraudulent life. A life spun of lies and half-truths, stemming from the one brave moment I had when I doped up the Monster with sleeping pills and cold medicine. So I don't regret my bravery. My only regret is that it took me so long to drown the fear out with adrenaline, to tie my tennis shoes and finally run away.~

~I cannot believe this was a debut novel~Whitney Barbetti NAILED IT~
Cora Mitchell fled home at the age of seventeen to escape a Monster, leaving everything she knows behind, and becoming Andra Walker. Seven years later, she may still suffer some anxiety and nightmares-but she's free. Free to make her own choices, and free to live her life-even if she does spend each day lying to those around to her. There are only two people in her life who know who the real Andra Walker is-the man who helped her escape, and the woman who took her in-and that is the way it has to remain. Anyone knowing her true identity risks everything and she will not go back. There is a darkness in her that the daily deceptions feed, but it is a necessary evil to maintain her freedom, one she has learned to live with, one that keeps her from allowing herself to get too close to anyone. She is perfectly content keeping mostly to herself, she loves her home, she loves her job, and if she has an itch that needs scratching- it's her decision alone who scratches it, then she moves on. She doesn't do relationships, it seems unfair to get involved with someone knowing the relationship would be built around lies, that was never a problem before she met Julian....

“You are like a drug to me. Dangerous. Addicting. I can't get enough of you. But I want more, more than just a night, more than just a few touches. And I have a feeling that once we cross that line, you will run away.”

Julian is the first man to ever get under her skin and make her actually wish for things, feel things she has never felt before and has trouble putting into words. She finds herself falling for him and desperately wanting to open up to him, even as she fears exposing him to her darkness inside. But just when she feels she may be able to take this relationship somewhere spectacular, the Monster from her past finds her and threatens everything.

The beauty of this story wasn't about non-stop action or constant drama, there was little of either, it was very much a character driven story full of emotion with the underlying sense of danger. Watching Julian open Andra up to the promise of something she never thought she could have was captivating. Both characters held their own and made you wish for their HEA. Andra was such a strong, resilient woman to go through what she went through and still be a spunky, amazing person who just wants to live her life. Julian was the picture of patience and sweetness, a true romantic with a dominant side when called for. They really were perfect for each other and I absolutely adored them both. Every single one of the secondary characters were amazing additions to the story as well, none forgettable and each brought something new out of our leads. But no matter what was going on, you always had this fear in the back of your mind that the Monster would pop up when least expected. It just made you cherish every bit of Andra's happiness that much more. While the ending wasn't exactly a cliffhanger, it definitely let you know there was more to come; there are still some unanswered questions and danger in the air. I just loved everything about it, and am in awe of this authors fab, unique debut into a world overrun with cookie-cutter plots and characters. I am looking forward to much more from her and can't wait to see where she takes these characters next.

~I thought I could keep my physical connection to Julian casual. But I was realizing that being around him was both soothing and enlivening. I was driven by feeling alive. And being with Julian fueled that larger part, the more dominant part of me that craved being free.~

Go to Amazon.com to see all 202 reviews 4.4 out of 5 stars
Get FREE delivery with Amazon Prime
Prime members enjoy FREE Delivery and exclusive access to movies, TV shows, music, Kindle e-books, Twitch Prime, and more.
> Get Started
Back to top
Get to Know Us
Make Money with Us
Let Us Help You
And don't forget:
© 1996-2020, Amazon.com, Inc. or its affiliates