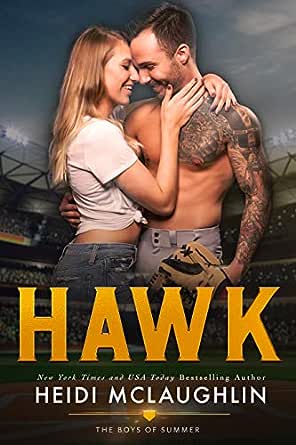 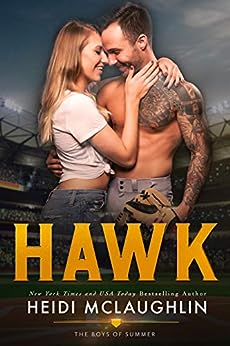 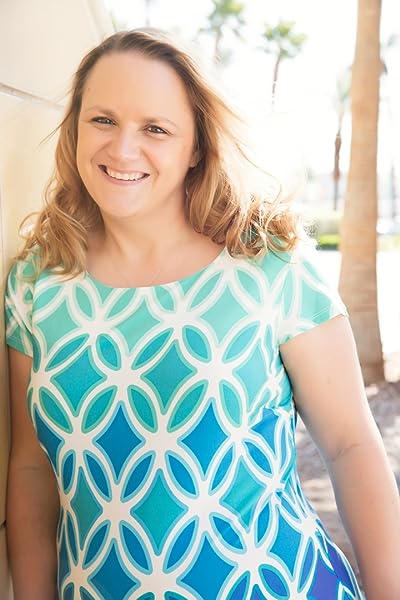 
It’s another season of Renegade baseball and, as they say, the boys are back in town. All except for all-star pitcher, Hawk Sinclair, who has returned to his hometown and back to the ranch he grew up on to rehab after shoulder surgery.

Real estate agent, Bellamy Patrick, feels like she’s failing at being a single mom. Her son is having a hard time fitting in and she’s hoping that playing baseball will be the answer. When he doesn’t make the team, she’s willing to do anything to help him... except that! And that’s exactly what the little league coach expects.

When Hawk’s asked to coach a team of misfit kids, he balks...until he sees how the program is run and how boys are left out. That’s when he knows he has no choice but to do the right thing and turn these boys into the players he knows they can be... and while he's at it, convince Bellamy they're meant to be.

sharon jones
TOP 500 REVIEWER
4.0 out of 5 stars Hawk & Bellamy
11 December 2019
Format: Kindle Edition
There is so much going on in Hawks book, and I absolutely loved it.
Hawk was such a great character to read. He was sweet and charming and really just a gentleman. Usually the Heroes in sports romance novels can be cocky and super alpha and I love reading this genre for that reason. But it was such a refreshing change to read someone as fantastic as Hawk.
Bellamy was an equally wonderful character. The love she has for her son and the people around her was nothing short of beautiful. Put these two together and it ended up by being a truly incredible book to read. Hopefully there will be more books in the series to come.
I voluntarily reviewed an advanced readers copy of this book.

Rebecca
5.0 out of 5 stars Sports romance at its finest
22 December 2019 - Published on Amazon.com
Format: Kindle EditionVerified Purchase
One of my top favorite tropes in romance is sports and single parent, so of course I dropped everything when Hawk released. Bellamy is the single mom of baseball loving Chase. She does everything she can for her son, but there are some lines she’s unwilling to cross for the coach of her son’s baseball team. Bring in Hawk, a professional baseball player. Recovering from an injury, Hawk heads back to his hometown, where he’s offered a position coaching Chase’s team. I loved Bellamy and Hawk together, and how he was with Chase. I also enjoyed their camaraderie and connection, and how devoted Hawk was to teaching the kids in town how to play. Although this is book four in the Boys of Summer series, it can be read as a stand-alone. Hawk is a definite must read, and one of my favorites of 2019.
Read more

Ken
5.0 out of 5 stars Sweet Sports Romance
11 December 2019 - Published on Amazon.com
Format: Kindle EditionVerified Purchase
Hawk by Heidi McLaughlin is my new favorite sports romance! Hawk is so genuine, kind, and caring, and won me over from the start. Bellamy warmed my heart being her son's biggest advocate. The kids in this book stole my heart and had me rooting for a HEA. Heidi McLaughlin hits a homerun with this must read story.
Read more
One person found this helpful

Phyllis Smith
5.0 out of 5 stars Baseball and romance.
7 January 2020 - Published on Amazon.com
Format: Kindle EditionVerified Purchase
Hawk Sinclair is right up there on my list of favorite characters! I love his whole attitude and how he comes back home after an injury. He starts working on correcting a bad situation and it does not go smoothly! He also meets single mom Bellamy. He and Bellamy are fun together. Hawk steps in a bit with Bellamy's son Chase. But Hawk and Bellamy realize there is a secret in town. Will it tear them apart? If you love baseball and romance, give this book a chance!
Read more

Cori McGowen
4.0 out of 5 stars ❤️ Hawk
3 February 2020 - Published on Amazon.com
Format: Kindle EditionVerified Purchase
A very sweet romance, I loved Hawk from the start! He, Bellamy and the kids were great together! I would have loved to have had an epilogue a little farther in the future, maybe have seen their wedding or the baby (find out what they had) but I am hoping there is another book coming in this series that will fill in these blanks. Can’t wait to hopefully read more about these wonderful Renegades and their women and families
Read more

Carol's keeper
5.0 out of 5 stars Hawk
16 December 2019 - Published on Amazon.com
Format: Kindle EditionVerified Purchase
Hawk not expecting to be sidelined due to a shoulder injury. Sports can be hard on a pitchers body, now reality and healing. Back home to recoup with family, many changes in store, family, new friends, attractions, join in and meet Hawk and Bellamy.
Loved this story❤️

Read more
Go to Amazon.com to see all 49 reviews 4.8 out of 5 stars
Get FREE delivery with Amazon Prime
Prime members enjoy FREE Delivery and exclusive access to movies, TV shows, music, Kindle e-books, Twitch Prime, and more.
> Get Started
Back to top
Get to Know Us
Make Money with Us
Let Us Help You
And don't forget:
© 1996-2020, Amazon.com, Inc. or its affiliates