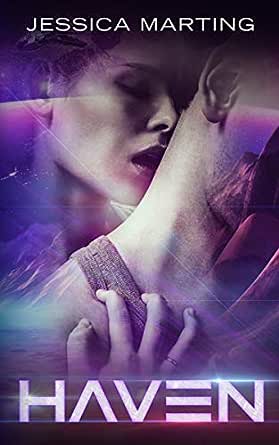 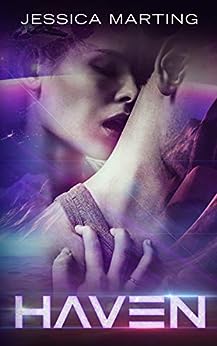 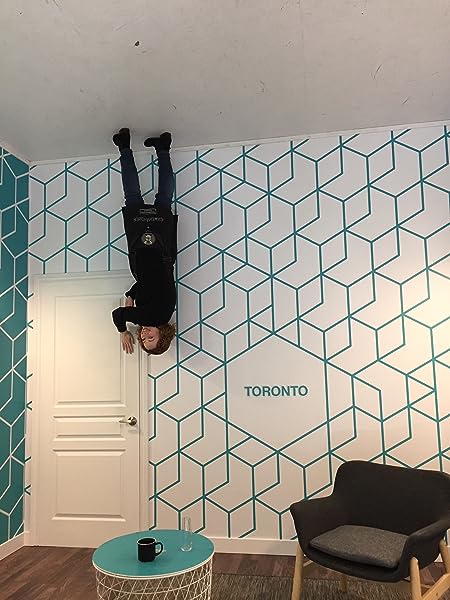 One stupid decision leaves Cressida stranded on Haven, an uninhabited planet on the edge of nowhere.

But it isn’t totally empty.

And Lukas, the cyborg living there in secret, is fascinated with her and has no intention of letting her leave.
click to open popover

Caroline Doig
TOP 50 REVIEWER
5.0 out of 5 stars A fantastic story.
19 November 2018
Format: Kindle Edition
I received a copy of this book from Booksprout and I voluntarily leave my review.
This is an amazing story I loved it, and this is the story of Lukas and Cressida. Lukas had escaped his father and the military he was being used for their nefarious purposes, you see Luke is a Cyborg. Lukas escaped to Haven and has made his home on that planet. Cressida is on a ship and on her way to a holiday when the ship has trouble they land on Haven to do repairs, so while she’s waiting for them to be done Cressida goes walking around taking photos when the ship takes off without her. This is a fantastic story and I highly recommend this book it’s definitely well worth the read.

Nancy
4.0 out of 5 stars Sweet story
26 May 2019 - Published on Amazon.com
Format: Kindle EditionVerified Purchase
This is my first time reading this author. The story was somewhat short but I enjoyed it. I wish more detail was added in a at the ending as to where and what Lukas and Cressida were going to be doing.
Read more

Book Addicted
5.0 out of 5 stars Marooned--- Alone Together
16 November 2018 - Published on Amazon.com
Format: Kindle Edition
I really, really liked & enjoyed this well written & original story.
The planet of Haven has one person on it: Lukas. And he's only partially human.
A human/cyborg military experiment, Lukas managed the impossible: escaping from not only the military but his military father & they both are obsessive about finding Lukas to enslave him for their needs again. But Lukas found Haven & no matter what, he'll NEVER leave. And though he's alone, he's obtained peace & contentment for the first time in his life. And then a passenger spacecraft lands on Haven for urgent repairs.
One of the passengers is Cressida, one of millions of the drone like workers of her home planet, doomed to work for low wages barely sufficient to pay for a tiny apartment & the outrageously expensive utilities. Through extreme thrift & saving, Cressida manages to take 3rd class vacations every couple of years. Her only joy is the old holograph she has that enables her to take pictures & videos. But during the set down for repairs, Cressida makes an unwise & rash decision to take pictures on this empty planet abandoned long ago by the military.
I really liked this story a lot. Unlike many that might have turned this into a gutting angst fest, to me although it did have angst, it was presented as reflective & oddly gentle. Both Lukas AND Cressida were thoroughly likable characters. This reader was in their court the entire book, hoping they BOTH would have a HEA.
Lukas, his past & his present evoked a great sense of sadness but it was wistfully deep. He was damaged & scarred physically, mentally & emotionally but never came across as bitter or enraged. He used his cyborg abilities & thinking to save his human body in a logical way. And though Lukas doesn't recognize the feeling, the reader knows not only is he alone, he's lonely.
When he realizes Cressida was left behind, he's unsure if he should save her, or kill her. But Lukas finds interacting with her is reigniting feelings & emotions he's closed off for years & he is drawn to her like a flower blindly seeks the path of the sun. Frightened of saying or acting incorrectly, Lukas attempts to carefully nourish his budding friendship with Cressida.
And Cressida, she seems to have a lot to return to: civilization, her home, her job but does she really miss them? Her interactions with an emotionally crippled Lukas are gentle & kind, non-judgmental & caring. Cressida comes to realize in bits & pieces why Lukas is the way he is emotionally & never pushes him too fast or beyond his extant capabilities. And she genuinely likes him.
The story made me happy, it's a pleasant change to read a growing romance between 2 people where misunderstandings & mistakes are not fodder for hysterical arguments or posturing, but where a genuinely repentant person offers a sincere apology acknowledging the error & doing what they can to make it right.
There's very mild steam, good external tension & suspense from secondary characters who enter the story & very satisfying wrap up (although I thought it was a tad too pat BUT that was extremely minor & didn't ruin anything for me).
I recommend this one for anyone who craves a very well written, plotted, original story of gentle, caring, loving main characters.

Babs
4.0 out of 5 stars Haven.... Jessica Marting
16 November 2018 - Published on Amazon.com
Format: Kindle Edition
A human/cyborg military experiment, Lukas has found a home on Haven as he hides from those wishing to capture and destroy him. Cressida gets left behind on Haven when the spaceship she was on leaves without her and thinking she is by herself she thinks the worst will happen to her until Lukas finds her. The interaction between these two kept me turning pages. This is a new Author to me and I am glad I decided to read this story. I received a copy of this book via Booksprout and am voluntarily leaving a review.
Read more
One person found this helpful

Cara Bristol
5.0 out of 5 stars Great mix of tech, world-building and romance
22 December 2018 - Published on Amazon.com
Format: Kindle Edition
The cover of this book doesn't do it justice. This is a well-written, entertaining cyborg romance. Loved the character of Lukas. A cyborg hiding out on a dangerous planet from the military who tortured him, he learns how to be human again when a passenger from a cruise ship is left stranded on the planet. It hooked me from the beginning and kept me turning pages. Great world building.
Read more
One person found this helpful

Chelsea Rose
5.0 out of 5 stars I smiled...a lot
16 November 2018 - Published on Amazon.com
Format: Kindle Edition
Wow.
I loved this book.
It filled me with so many good feelings.
Im pretty sure i was smiling through 90% of it.
I loved how Lukas and Cressida were able to develop their relationship and wonderful they were for eachother.
I would recommend this book.
Happy reading!
Rating 5 stars

I received a free copy of this book via Booksprout and am voluntarily leaving a review.
Read more
One person found this helpful
Go to Amazon.com to see all 13 reviews 4.6 out of 5 stars
Get FREE delivery with Amazon Prime
Prime members enjoy FREE Delivery and exclusive access to movies, TV shows, music, Kindle e-books, Twitch Prime, and more.
> Get Started
Back to top
Get to Know Us
Make Money with Us
Let Us Help You
And don't forget:
© 1996-2020, Amazon.com, Inc. or its affiliates