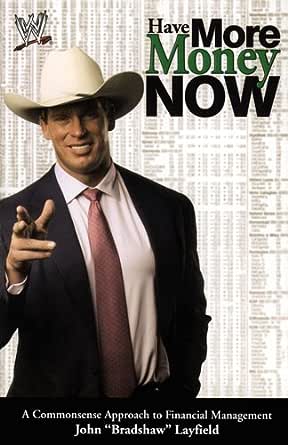 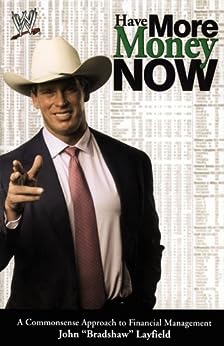 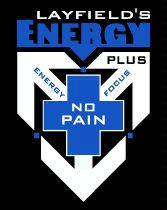 A tough Texan who likes to relax with a beer and a cigar, Bradshaw has held three WWE Tag Team Championships and the Hardcore title. He is known among his fellow wrestlers as a man who knows how to hold on to the money he earns and how to make it work for him. He lives in Texas. --This text refers to an alternate kindle_edition edition.

MarkBournemouth
5.0 out of 5 stars Read 'Have More Money Now'...and you will!
Reviewed in the United Kingdom on 20 May 2004
Verified Purchase
The blurb on the back of the book begins with "Just what does this WWE Superstar know about the world of finance?" I found myself asking the same question.
Well on reading, I found that this was one of those books that was hard to put down. Very hard in fact. The book reads almost like an autobiography of 'Bradshaw's' football and later wrestling career, in which he applies lesson's that he's learned through life to bettering himself, and planning for the future. He then passes on these lessons to the reader.
Indispersed with photographs, (including a rather amusing one, complete with story), of him wrestling an 800lb brown bear, the book does not bore with pages of financial mumbo jumbo. Instead, it becomes a thoroughly entertaining and engrossing read. What he says makes a lot of sense.
It does not approach the subject of having more money from a "Get rich overnight" angle. Instead, it details in simple and easy to understand terms, how to plan for your tomorrow, but enjoy your today. A nice fact is, that it's been written by a guy who has been there, has been down to his last $27, has picked himself up, and faced the future head on, becoming very successful. As 'Bradshaw' states, "Life is for living. Don't just exist...live!" The book details how to look at your expenditure, cut back on unnecessary luxuries, get your debts down, and then build for your future. Investment advice is included, explaining the differences between different types of investment, shares, stocks, bonds etc, and also about how Bradshaw lost weight (a part I'll be paying particular attention to!)
The message is, you can look after number one, without being selfish. Just don't be somebody else's doormat.
In conclusion, this book is well worth the money, (I'm not just saying that because I'm a Bradshaw fan!), and a very engrossing, entertaining and informative read.
I think Bradshaw says it best.
"You can spend all your time griping about the past, talking about opportunities missed, or you can spend it planning a better future".
Buy this book....it won't disappoint.

Adam Stroud
4.0 out of 5 stars Worthwhile Read
Reviewed in the United States on 5 August 2019
Verified Purchase
I found this book by accident but found it a worthwhile read. Unlike many other financial books, this one was every entertaining and an easy read. He lays down solid money principles for now and the future. I also enjoyed his attitude towards money which could best be described as “balanced.” Some financial gurus are all about the future and recommend strategies that are great in the long term but are miserable now. This book is certainly different in that aspect. My biggest criticism is I felt like he focused too much on the details of investing and too little on other aspects of the financial puzzle. All in all, it was money well spent and has helped me in my financial life.
Read more
One person found this helpful
Report abuse

King Awesome
5.0 out of 5 stars The Wrestling God gives some great Common Sense $$$ advice!
Reviewed in the United States on 5 March 2018
Verified Purchase
Fantastic book! While his wrestling character could easily be hated, the advice and story written in the book I loved. The book contains smart financial advice along with stories backing up his conclusions which made it the most enjoyable financial advice/pro wrestling book I have ever read. It may be the only financial advice/pro wrestling book I have ever read, it is still great and also one of the better financial advice books I have read. There are no secret revelations in this book to make you rich but it gives you common sense strategies to tackle your budgeting. Great, easy read!
Read more
Report abuse

Lostininterpretation
5.0 out of 5 stars Worthwhile Read with JBL's good-humor style
Reviewed in the United States on 20 December 2014
Verified Purchase
This is a great auto-biography mixed with some common sense investing advice. Layfield has a good-humored style and doesn't write more than is needed. You won't find many uninteresting rabbit trails that you find from some books in this genre. Layfield is not unlike other NFL hopefuls that played semi-pro football, washed out, and pursued a wrestling career. This is probably the best auto-biography I've read about a WWE wrestler. His humor and concise style make this book a worthwhile read.
Read more
Report abuse
See all reviews
Get FREE delivery with Amazon Prime
Prime members enjoy FREE Delivery and exclusive access to movies, TV shows, music, Kindle e-books, Twitch Prime, and more.
> Get Started
Back to top
Get to Know Us
Make Money with Us
Let Us Help You
And don't forget:
© 1996-2020, Amazon.com, Inc. or its affiliates