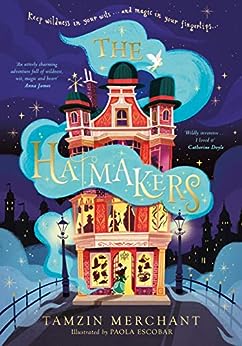 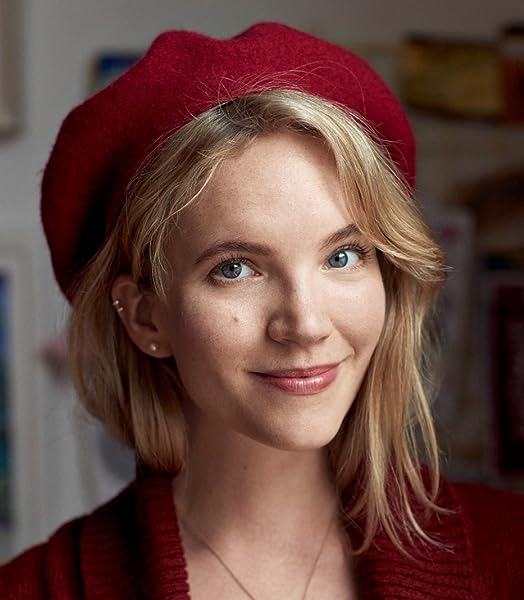 A wildly inventive tale, full of laugh-out-loud humour, enchanting magic and rebellious hope. Charming from first page to last. I loved it -- Catherine Doyle, author of The Storm Keeper's Island

Imaginative . . . Entertaining, comical and breezy, and the settings are conjured in transporting detail ― The Times

Absolutely wonderful -- Emma Carroll, author of Letters from the Lighthouse

An engaging ode to the bonds of family and friendship, the power of teamwork, and the magic that we all have inside ourselves ― Booklist

Tamzin Merchant (Author)
Tamzin grew up in Australia, South Africa and Dubai before moving to England in her early teens, where she finally discovered the season of winter.

She has been an actor since the age of 17, when she played the part of Georgiana Darcy in the 2005 adaptation of Pride and Prejudice. Since then, her acting work has taken her around the world and on a journey through time. She has been a Tudor, a Victorian and a Jacobean. She survived the Blitz in 1940 and succumbed to pneumonia in Edwardian times. She's been an alien, a witch, a doomed Queen and a rebel Scottish warrior. She has also written and directed several award-winning short films. Her latest role is as Imogen Spurnrose in Amazon's original series, Carnival Row.

The Hatmakers is Tamzin's first book. --This text refers to the hardcover edition.

The first adventure in a spellbinding new magical world. --This text refers to the hardcover edition.
Read more

4.8 out of 5 stars
4.8 out of 5
117 global ratings
How are ratings calculated?
To calculate the overall star rating and percentage breakdown by star, we don’t use a simple average. Instead, our system considers things like how recent a review is and if the reviewer bought the item on Amazon. It also analyses reviews to verify trustworthiness.

Idealpages
4.0 out of 5 stars Funny and magical!
Reviewed in the United Kingdom on 8 March 2021
Verified Purchase
After the reported demise of Captain Hatmaker at sea, the Hatmaker family mourns their loss, except his daughter Cordelia Hatmaker, who refuses to believe it is true and promises to find him. At the same time, England is on the brink of war with France. The maker families, like Cordelia’s, make magical garments of clothing and are tasked by the King to make clothing that’ll prevent war.

There are five ‘maker’ families - clockmakers, bootmakers , Hatmakers, watchmakers and glove makers - who after a scandalous event decades before the story picks up, are all suspicious of each other if not sworn enemies.

The Hatmakers is a clever, entertaining and humorous read. It’s a journey of magic that’s sure to delight. I was giggling one moment and then ‘wow-ing’ in the next. The cast of characters were likeable, the setting was rich, and together they truly made me feel transported to another world and another time with their dialogue, types of fashions and so much more.

I was thrilled by how enjoyable the mystery plot was in addition to the magic. I like how the author used a clearly foreseeable plot move to disguise an unpredictable plot twist within it. So it’s fair to say the story not only engages imaginations, but the capacity and desire to play detective in solving who’s up to no good.

The magic was exciting and kept me hooked; I loved learning the history of the Makers and I’m eager to discover more in future sequels. It was a nice touch for the author to include footnotes throughout the story explaining the importance of particular making ingredients, it made it all the more magical and wondrous.

The book is littered with beautiful illustrations to make the story leap from the pages like magic itself. It’s a great read I have no doubt will be a hit with many children, of all ages. Tamzin Merchant did a great job narrating the audiobook as well, providing different voices for different characters and brilliantly dramatising both the hilarious scenes and the more sinister ones. Thoroughly, thoroughly enjoyed this. I can’t wait for the sequels!

SEHAKE
5.0 out of 5 stars Beautiful book, looking forward to The Mapmakers!
Reviewed in the United Kingdom on 8 June 2021
Verified Purchase
I bought this to read to my 7 year old son, he is a confident reader who puts me to shame with the books he gets through but I really enjoy reading to him in the evenings, a way for us to connect.
Initially he found the book hard going but about a quarter of the way in he was hooked. I loved seeing his imagination take over and he would ask me to pause so he could discuss what he thought would happen next.
It's beautifully written, the front cover image is just devine, it really draws you in. My son is extremely excited about 'The Mapmakers' which is coming early next year, he's asked me wether we can persuade the author to bring it out any earlier, maybe in time for Christmas!
Read more
Report abuse

Sam Tyler
5.0 out of 5 stars A magical story for any age
Reviewed in the United Kingdom on 24 March 2021
Verified Purchase
A really lovely book. This is classed as a children’s book or ‘middle grade’ but I absolutely loved it as an adult. A story of a girl from a family of trade makers. Caught up in conflict from the past and hoping to find her dad whose gone missing. Now I just have to wait for the next instalment.

I don’t know how someone of the appropriate age would find reading this, as I said I’m an adult in my 30s and found it a very easy read.
Read more
One person found this helpful
Report abuse

Mrs. G. M. Edwards
5.0 out of 5 stars The Good: 100! The Bad: 0! I LOVE THIS BOOK!
Reviewed in the United Kingdom on 22 February 2021
Verified Purchase
This is G. M's daughter here, saying I highly recommend this book for all ages. It's really brilliant, with lots of fooling about, but a lot of seriousness too. Is Miss Starebottom really who she seems....? Read the book to find out! This is G. M's daughter, signing out. 🙂
Read more
2 people found this helpful
Report abuse

Snapdragon
5.0 out of 5 stars Have you Harry Potter withdrawals?
Reviewed in the United Kingdom on 17 May 2021
Verified Purchase
Been struggling to find a book as magical? This is it...looking forward to the next one! Could see film rights being negotiated in the future!
Read more
Report abuse
See all reviews
Back to top
Get to Know Us
Make Money with Us
Let Us Help You
And don't forget:
© 1996-2021, Amazon.com, Inc. or its affiliates