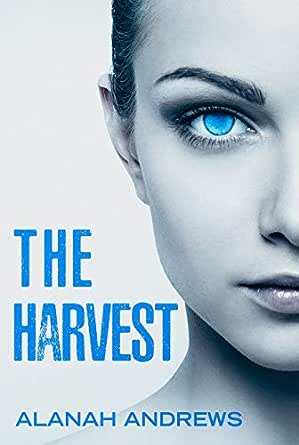 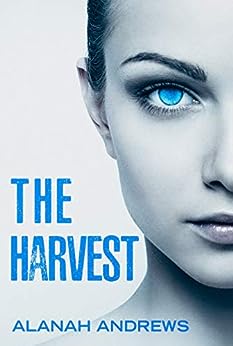 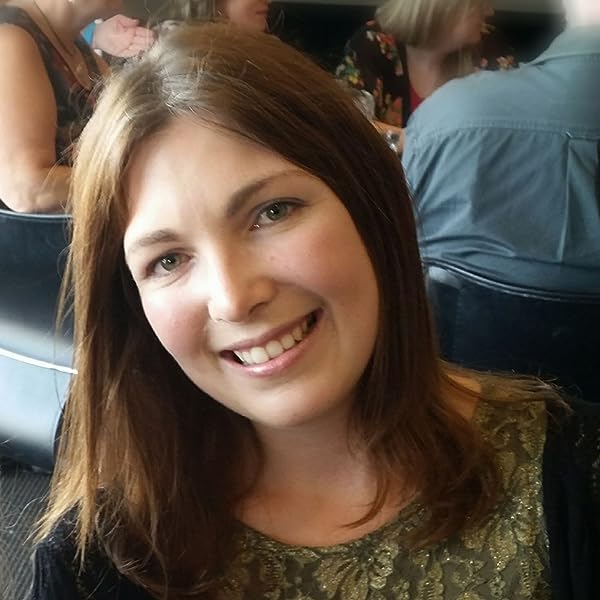 ONLY THE WORTHY PASS THE HARVEST

Ever since WWIII devastated the surface of the Earth, emotions have been strictly forbidden. Childhood friends, Eve and Hana, have grown up in an underground compound, their emotional control monitored at all times.

But the harvest is approaching . . .

In two days, the low-ranked students will be culled and the worthy assigned to their permanent positions in society.

Eve is a high-ranked student, but harbours secret concerns about her brother leaving—feelings that she must conceal from her monitor if she wishes to succeed. Hana has always struggled to control her emotions, and she fears that this harvest will be her last.

Both know there's no place for friendship when they're competing for their lives.

The harvest is coming, and only the worthy will remain.

F~
5.0 out of 5 stars Never again can humans be allowed off their own leash.
4 April 2019
Format: Kindle EditionVerified Purchase
Post the apocalypse.
Post emotion.
Self control. Humanity control.

Never again can humans be allowed off their own leash.

Humans will control their own humanity.

We will harvest the best. We will cull to control the rest.
And we will never show what we feel.
The Harvest by Alanah Andrews sets these as the basic parameters for the society of Eridu. The protagonists in this introductory book are Eve – a young woman of high rank, a year away from being harvested to join the elite, and Hana, a struggler whose natural place is lower down the order and who is almost certainly about to be culled and made to become a disembodied, digitised part of the Grid, whose purpose and function is unknown, but which contains all those who have been previously harvested by or for Eridu.

What happens, when a normally calm, controlled high ranker emotionally red-lines in front of the gathered community?
How/why does the culling not proceed in quite the manner intended?
And what has happened to Luc, who was destined for such great things in society? Is he somehow, somewhere exerting a subtle influence over proceedings?
This is dystopia, in the guise of ‘what is done, is done for the greater good’, harking in a straight line back to George Orwell and Animal Farm, or 1984.

I enjoyed this introduction to Eridu, and can recommend it highly for YA readers interested in dystopian worlds. (5 stars)

Gypsy M
4.0 out of 5 stars Rather Accepting Dystopian Society
24 June 2019 - Published on Amazon.com
Format: Kindle EditionVerified Purchase
One of the pitfalls of this novella is the idea that this is an emotionless society, which makes for a rather dry, emotionless read. It’s also a rather slow read, without much happening during it. I kept hoping someone would rebel, decide that it was unfair what they were doing to the society in that the low-ranked kids might do great things in the future which doesn’t fit into a series of tests. But no. They all went along with the system with no thought of changing things. And it doesn’t look like the idea of rebelling and changing things occurs in the next book either, which doesn’t sell me on the idea of continuing this series. It is an interesting society with all of its technology, the pods they sleep in, their tablets, keeping track of everything including their emotion wristbands. And, also, with the leaderboards, it segregates into classes, which you’d think would be something their anti-war society would want to quash. Hanna was my favorite viewpoint to follow as she struggled through the worry that this will be her final year, and tried to reach out to former friends, only to be turned away since no one wants to associate with someone at the bottom of the leaderboard. Readers can identify with her isolation and loneliness and despair, and struggle to retain hope since there might be a slim chance to survive. Eve, however, is emotionless and focused on her position in society, her future, and retaining her top leaderboard status, which frankly I don’t identify with, since it makes her unsympathetic to those at the bottom who might soon lose their lives. The other thing I had a problem with was, of course, The Grid. What I got from it was a rather religious idea that they think of it like one would think of Heaven, so it was a universally accepted idea in their society that it was a good place to end your life to go to, with absolutely no one questioning it. Me, I wanted to poke at it immediately, but no one did. There are holes with this society, like if the population is so reduced from the wars, why are they “culling” people at all, other than to keep everyone in line and add tension to the story?
Read more

Niterythm
4.0 out of 5 stars Ummmm?????
24 April 2019 - Published on Amazon.com
Format: Kindle EditionVerified Purchase
Okay, I really enjoyed the style of writing and the intrigue the author gave us. I felt like I was apart of the lives of the Characters and I was living side by side to them all. Blocking your emotions and learning the virtues of living in peace, but is it living? Ummm, that is where Eve is now. With her brother culled, can she stay on top of the leaderboard or will she be the next one to be culled and not make it through the Harvest? This keep me going and understanding what Eve and the other characters go through. How do you keep yourself in the Blue???
But I really was lost at the ending of this book, I was left with the feeling (hahaha Don't go Amber) of confusion and disappointed all at the same time. Come on Book 2 I need more of Eve and her new adventures!
Read more

Tin Minute Book Reviews
5.0 out of 5 stars Immediately Invested!!!
24 February 2019 - Published on Amazon.com
Format: Kindle EditionVerified Purchase
I just finished reading this and it was soooo good!!! I was immediately drawn into the world of Eridu and fell in love with a character that I don't even know!!! Eve has so much hidden depth and Hana is so relatable. I want to know about Luc but... the whole set up of the world is AMAZINGLY dystopian but in a realistic way. Almost like the Delirium series but less medicated (Delirium was good too). The family structure is interesting too. Prime and Secondary parental figures, and dependants. The sex of the person is evident but not important. But, how are babies made? How do people fall in love? If everyone sleeps in different pods, is there sex? I have to binge this series. Now then, off to buy Eve of Eridu!!!
Read more

bruce
5.0 out of 5 stars Very enticing prequel
30 June 2019 - Published on Amazon.com
Format: Kindle EditionVerified Purchase
Very well told story. I was very curious to see what would happen next. I was also very drawn into the story where I was trying not to breathe so deeply and not to be emotional for fear that my free characters in the story and might be harvested as a result.
Read more

Stella C.
3.0 out of 5 stars The Harvest
8 April 2019 - Published on Amazon.com
Format: Kindle EditionVerified Purchase
The Harvest, first book in the Eridu series by Alanah Andrews is told from the point of view of Eve, the main character and what she experiences as she goes through the process of the harvesting and what it means for her and her brother Luc.
Read more
Go to Amazon.com to see all 13 reviews 4.5 out of 5 stars
Get FREE delivery with Amazon Prime
Prime members enjoy FREE Delivery and exclusive access to movies, TV shows, music, Kindle e-books, Twitch Prime, and more.
> Get Started
Back to top
Get to Know Us
Make Money with Us
Let Us Help You
And don't forget:
© 1996-2020, Amazon.com, Inc. or its affiliates