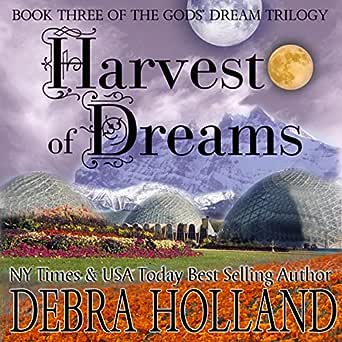 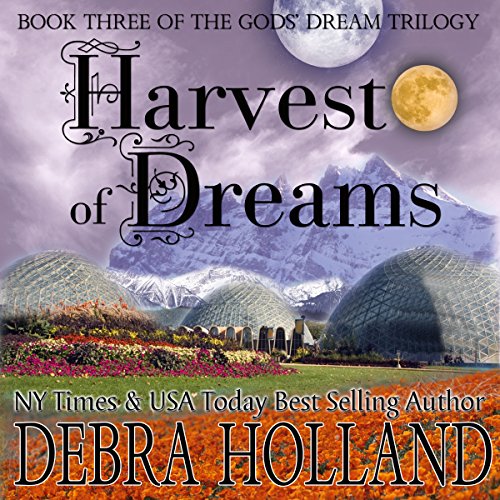 Midnight Attic Reader
5.0 out of 5 stars Harvest of Dreams
Reviewed in the United States on 28 January 2014
Verified Purchase
As the peoples and deities of Kimtair unite to oppose the Evil God once and for all, hoping to render the oppressing presence harmless, they also strive to offer some of those who had been under the Evil God's control freedom and some form of redemption. Newly freed, Thaddis joins in leading part of the force, hoping to redeem his past, while he is joined by a new warrior from Earth, Sadie, who's fencing training and strong "othersense" abilities add to their strength. Great conclusion to the series, as people from all sides struggle to put their differences aside and join together for their common cause. I also appreciated how many of the villains weren't just dispatched with, but given a chance to choose another path. I loved this series so much, I'm thinking to branch out and give Lywin's Quest (1st book of the Twinborne Trilogy by this author) a try! Great series!
Read more
3 people found this helpful
Report abuse

Sue Bennett
5.0 out of 5 stars Good old fashioned science fiction fantasy
Reviewed in the United States on 20 October 2015
Verified Purchase
Edited after rereading for the third time to give 5 stars. Many months later the series is still a good read.
I gave four stars because it's only after I've read a book four times I will give five. If being a good enough first book leads to the second and the second to the third gives four stars then becoming a go to read makes five. I picked up the first book because it was free for a while, it's been sitting on the back list a long time. I finally dipped into it and was quickly wrapped up in the story of Kahn and Daris. The world building is solid, the story grabs and you can see the events, ache for the sorrows and pain, smile at the animals and want the good ending for H/H. But there is more in the next book, a damaged Hero and a healer Heroine over come an Evil God to get away with their imprisoned people, then return to fight again.
Harvest of Dreams is the conclusion, and very satisfying. It brings the irredeemable villian of the first two books to face some very loving Goddesses, changing him to a hero, through making him face himself and the damage he has done. Together with his Sadie, they combine with the other H/Hs from the first two books and defeat the Evil.
Theology aside it's a rousing good tale and carries the reader along.

RoC
1.0 out of 5 stars Zzzzz
Reviewed in the United States on 28 February 2016
Verified Purchase
This book was so boring that i returned it and the two others. Thank you Amazon for refunding my purchase. As i have deep respect for the effort it must take to bring the imagination to page, i feel sorry to give no stars to all three books! The narrator was a huge disappointment. I will stick to my initial love of authors such as: Jean Auel, MZ Bradley, Bernard Cornwell, Larry McMurtry...you get what you pay for!
Read more
Report abuse

byrdloves2read
5.0 out of 5 stars Great Trilogy
Reviewed in the United States on 21 March 2014
Verified Purchase
Wonderful ending where all the characters get together for a grand finale. NOT A STAND ALONE BOOK. I think this is the best of the three too ... or maybe not. Sadie is not as fully developed as Indaran, Jasmine, Khan, Daria and Thaddis because the others were in the two previous books. I love the idea of redemption in this one.
Read more
2 people found this helpful
Report abuse

Dotstorm
4.0 out of 5 stars Good finish to series!
Reviewed in the United States on 18 December 2015
Verified Purchase
Pros: Enjoyed this trilogy. I found the storyline to be very creative - new world, new history and situations. I strongly suggest u read the books in order to get the most from the series. Mixes war, gods, mystery and romance in sci-fi setting. Cons: The writing could have flowed better in some places. Felt like the author is so creative but at times could use a better writing style.
Read more
Report abuse
See all reviews
Get FREE delivery with Amazon Prime
Prime members enjoy FREE Delivery and exclusive access to movies, TV shows, music, Kindle e-books, Twitch Prime, and more.
> Get Started
Back to top
Get to Know Us
Make Money with Us
Let Us Help You
And don't forget:
© 1996-2020, Amazon.com, Inc. or its affiliates