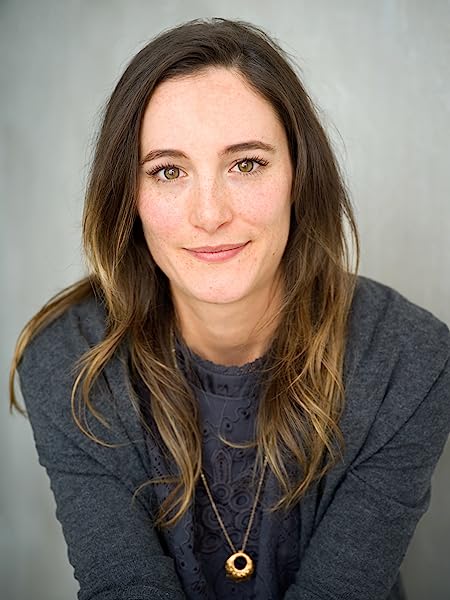 by Flynn Berry (Author)
4.0 out of 5 stars 468 ratings
See all formats and editions
Sorry, there was a problem loading this page. Try again.

"Exquisitely taut and intense. . . There s a subtle strain of Daphne Du Maurier s classic, "Rebecca," in "Under the Harrow. . . ."[But] "Under the Harrow "is such a superbly crafted psychological thriller, it deserves to be celebrated for its own singular excellence." Maureen Corrigan, "The Washington Post"
"Surprise-filled . . .[Flynn Berry] has written a psychological-suspense work fit to hold its own with many recent best-sellers. And she s done it with a narrator whose possible unreliability is not arbitrary but consistent with this well-wrought book s conception, thereby heightening the considerable suspense." "The Wall Street Journal
"
"Mesmerizing." "The Minneapolis Star Tribune"
"The thriller of the summer." Bustle
"Psychologically intense and darkly atmospheric . . . [It] reminded me of Patricia Highsmith in its vivid style and toxic substance." Carole E. Barrowman, "Milwaukee Journal Sentinel
"
"If you're a suspense lover who's looking to fill thatGillian Flynn-size void on the nightstand, Flynn Berry's debut novel, "Under the Harrow, "should do the trick." "Phoenix New Times
"
"["Under the Harrow"] envelops you in its suspenseful plot from the first page. . . .It s not solely a plot-fueled thriller, though: Berry s sentences are spare and biting." " "TheHuffington Post
"[A] skillfull, page-turning debut . . . Flynn Berry keeps you guessing up until the very end." "Real Simple
"
"[A] literary take on the psychological thriller." "Elle"
"Psychologically intense and thrillingly page-turning . . . Vividly drawn characters and relatably complex relationships make it all the more scary as you wonder if it could happen to you." PureWow
"This can t-put-it-down psychological thriller delves into the tenuous relationship between two women who loved each other fiercely, while also lifting the veil on how little we often know about the people we consider closest to us." Refinery29
"This is the sort of book you will likely plow through during a single session at the beach. . . . It s deftly told, quirky, and full of small surprises." Goop.com"
"
"Hitchcockian . . . A moody psychological thriller that explores sisterhood s complex mix of love and resentment." "Booklist
"
"A stunningly complex novel of psychological suspense, exploring the bonds of sisterly love and rivalry through the lens of two brutal acts of violence introducing an exciting new voice to the genre."" Shelf Awareness"
"[A] keenly wrought debut . . . Berry accomplishes the rare feat of making the victim come alive on the page without ever sacrificing the deep, all-encompassing loss felt by those left behind." " Kirkus Reviews"
"Obsession and memory, rage and regret, power this atmospheric psychological suspense debut." "Library Journal"
"A page-turner . . .that will have readers yearning to see what the mind of Flynn Berry has up next." "Suspense Magazine"
"Berry s cool voice and the world it invokes are the stuff of classic crime fiction, but this is deeper than a caper it is the story of a woman working through her stages of grief." RT Book Reviews
Once I started reading"Under the Harrow, "I couldn t stop. It s like"Broadchurch "written byElena Ferrante. I ve been tellingall my friends to read it the highest compliment. Flynn Berry is a deeply interesting writer. Claire Messud, author of"The Emperor's Children"and"The Woman Upstairs"
I read"Under the Harrow"through the night I couldn t put it down. Berry s deft touch with atmosphere and emotion are sure to make this a stand out. Alex Marwood, author of"The Wicked Girls" and "The Killer Next Door"
What grabbed me by the bones and hurled me through this read-in-one-sitting novel wasn t the plot, as compelling and tenacious and suspenseful as it is. Rather, it wasFlynn Berry s perfect, unrelenting prose. This is flawless storytelling. Jill Alexander Essbaum, author of "Hausfrau "
"Under the Harrow" is a compulsively readable and atmospheric novel that I consumed almost in one sitting. The portrayal of the two sisters is subtle, original and compelling. Rosamund Lupton, author of "Sister"
A nail-biter that fans of "Gone Girl" and "Girl on the Train" will no doubt love, "Under the Harrow" is swiftly carried along by a momentum of unraveling certainties that ramp up with every page, building to the end s thrilling crescendo. I loved this dark, chilling book and couldn't put it down. Suzanne Rindell, author of "The Other Typist"
Flynn Berry s writing is clear and spare yet textured and instantly immersive. You know from the get go that something is not quite right, and this sense of unease and mystery grows and grows as you discover more about Nora s complex relationship with her sister.I read "Under the Harrow" very quickly and when I wasn t reading it I was thinking about it. Harriet Lane, author of" Her"
"Under the Harrow "offers exactly the kind of voracious, absorbing, one-sitting read that readers love. Taut with suspense, it" "is full of insight and suffused with emotions that will move you. The central relationship between two adult sisters is a heartbreaker, the tenderness, the loyalty, and the sorrow all ringing so true. Robin Black, author of "Life Drawing "
" Under the Harrow" airdrops the reader into the unsettling aftermath of trauma, where shifting memories collide with obsession in a propulsive story of love, grief, and murder.Gripping and nuanced, this stylish thriller is not to be missed. Koethi Zan, author of "The Never List""

Flynn Berry is a graduate of the Michener Center for Writers and has been awarded a Yaddo residency. "Under the Harrow "is her first novel.
Start reading Under the Harrow on your Kindle in under a minute.

4.0 out of 5 stars
4 out of 5
468 global ratings
How are ratings calculated?
To calculate the overall star rating and percentage breakdown by star, we don’t use a simple average. Instead, our system considers things like how recent a review is and if the reviewer bought the item on Amazon. It also analyses reviews to verify trustworthiness.

Ann
4.0 out of 5 stars Keeps you guessing
Reviewed in Australia on 7 October 2021
Verified Purchase
You're never sure whether to believe the protagonist of this novel or not, as she is drawn deeper and deeper into the mystery of a loved one's death.
Read more
Helpful
Report abuse
See all reviews

Anne bonny book reviews
4.0 out of 5 stars A very clever ending 4*
Reviewed in the United Kingdom on 26 April 2019
Verified Purchase
Under The harrow is the tale of two sisters and the lengths one will go to, to get justice for the other. It reads as a psychological thriller, but I was also emotionally pulled due to the relationship between the sisters and the savage nature of the murder.

Nora is travelling to Oxford from London to spend some time with her sister Rachel. She is full of the excitement of her future, having just received news of an art residency in France for 12wks. She is also filed with happy memories of the time the had a Cornish let for Christmas. When Rachel is not at Winshaw train station to collect her, she is not alarmed. But nothing could have prepared her for what she is about to stumble across.

Nora discovers the violent scene of Rachel’s murder. It is a scene that will come to haunt her every waking moment and compel her to solve the murder. With DI Moretti, Nora works over Rachel’s past. Her ex Stephen Bailey who lives in Dorset, her occupation as a nurse. And the attack that Rachel endured at just 17yrs, with Yorkshire police refusing to believe an assault took place. But before Nora can settle on a theory, she is about to uncover Rachel was exhibiting some odd behaviour of her own.

Nora remains at Oxford and attempts to mix in amongst the locals. But Nora is becoming more and more obsessed…

GeordieReader
4.0 out of 5 stars Moving and intriguing literary crime story
Reviewed in the United Kingdom on 10 August 2017
Verified Purchase
Although it's set in an Oxfordshire village, this is by no means a cosy detective novel. The sisters at the heart of it have a difficult past and the narrator, Nora, has by no means resolved all the issues. One of the things that is often missing from murder mysteries is grief, but Flynn Berry confronts it head on, showing how Nora's pain is stopping her from thinking logically or making sensible decisions.

Eventually, her understanding of her sister's past and present leads her to the murderer in a solution which is clever and unexpected, if a bit rushed. This is more than a standard crime novel and I look forward to reading the next book from this author.

LF
5.0 out of 5 stars Fantastic!
Reviewed in the United Kingdom on 31 July 2021
Verified Purchase
I loved every minute of reading this. It pulls you in right from the start, twists a lot, and doesn't give the game away until the very end. Another great read from Flynn Berry. I like her female protagonists, her precise descriptions of places and clear love of food!
Read more
Report abuse

Kirsten Lever
3.0 out of 5 stars Struggled at times
Reviewed in the United Kingdom on 4 May 2021
Verified Purchase
I’ve just finished this book. Usually is read a book in a couple of days but this didn’t grip me. It was well written but drawn out so I kept being distracted. The conclusion was so fast at the end so the continuity wasn’t there with the rest of the book.
Read more
Report abuse

Kindle Customer
3.0 out of 5 stars but not as good as previous reviews had made me anticipate
Reviewed in the United Kingdom on 28 February 2017
Verified Purchase
Two and a half out of five.

Too many two dimensional characters.

Plot ok, but I kept thinking/hoping something unexpected would occur; it did not.

Not awful, but not as good as previous reviews had made me anticipate.