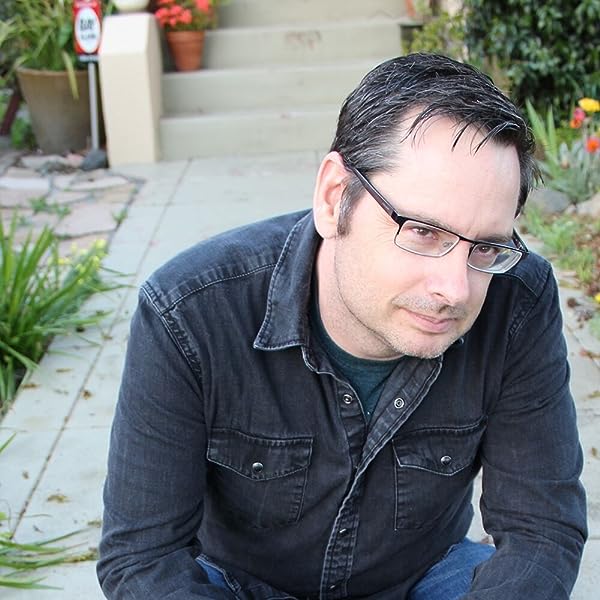 by Daryl Gregory (Author)
4.6 out of 5 stars 36 ratings
See all formats and editions
Sorry, there was a problem loading this page. Try again.

From award winning author Daryl Gregory comes Harrison Square, a thrilling and colorful Lovecraftian adventure of a teenage boy searching for his mother, and the macabre creatures he encounters.

Harrison Harrison-H2 to his mom-is a lonely teenager who's been terrified of the water ever since he was a toddler in California, when a huge sea creature capsized their boat, and his father vanished. One of the "sensitives" who are attuned to the supernatural world, Harrison and his mother have just moved to the worst possible place for a boy like him: Dunnsmouth, a Lovecraftian town perched on rocks above the Atlantic, where strange things go on by night, monsters lurk under the waves, and creepy teachers run the local high school. On Harrison's first day at school, his mother, a marine biologist, disappears at sea. Harrison must attempt to solve the mystery of her accident, which puts him in conflict with a strange church, a knife-wielding killer, and the Deep Ones, fish-human hybrids that live in the bay. It will take all his resources-and an unusual host of allies-to defeat the danger and find his mother.

"""The combination of coming-of-age story, Lovecraftian horror, and mystery is at turns gently funny and intensely scary, a tough balance that Gregory (Afterparty) pulls off successfully." "Library Journal "

"""A tale handled with confidence and control, with loads of salty, piscine atmosphere...Superior, with plenty of crossover teen appeal." "Kirkus Reviews""

"The combination of coming-of-age story, Lovecraftian horror, and mystery is at turns gently funny and intensely scary, a tough balance that Gregory (Afterparty) pulls off successfully." Library Journal

"A tale handled with confidence and control, with loads of salty, piscine atmosphere...Superior, with plenty of crossover teen appeal." Kirkus Reviews

DARYL GREGORY was the 2009 winner of IAFA William L. Crawford Fantasy Award for his first novel Pandemonium. His second novel, The Devil's Alphabet, was nominated for the Philip K. Dick Award and was named one of the best books of 2009 by Publishers Weekly. His short fiction has appeared in The Magazine of Fantasy and Science Fiction, Asimov's Science Fiction Magazine, and The Year's Best SF. He has also written comics for BOOM! Studios and IDW.
Start reading Harrison Squared on your Kindle in under a minute.

Daryl Gregory is an award-winning writer of genre-mixing novels, stories, and comics. His latest novel, SPOONBENDERS, about a down-on-their-luck family with psychic powers, was published by Knopf in June, 2017, and is being developed for television by Paramount and Anonymous Content.

His recent work includes the young adult novel HARRISON SQUARED (Tor, March 2015), a Locus Award finalist which will be reissued by Tor Teen in 2018, along with two sequels. The novella WE ARE ALL COMPLETELY FINE won the World Fantasy award and the Shirley Jackson award, was a finalist for the Nebula, Sturgeon, and Locus awards, and is in development for television by Universal Cable Productions.

His SF novel AFTERPARTY was an NPR and Kirkus Best Fiction book of 2014, and a finalist for the Campbell and the Lambda Literary awards. His first novel, PANDEMONIUM, won the Crawford award and was a finalist for the World Fantasy award. His other novels are THE DEVIL'S ALPHABET (a Philip K. Dick award finalist) and RAISING STONY MAYHALL (a Library Journal best SF book of the year).

Many of his short stories are collected in UNPOSSIBLE AND OTHER STORIES, which was named one of the best books of 2011 by Publishers Weekly. He wrote the choose-you-own-adventure -style video game, "Flatline", for 3 Minute Games. His comics work includes the sereies "Legenderry: Green Hornet," "Planet of the Apes," "Dracula: The Company of Monsters" (co-written with Kurt Busiek), and the graphic novel "The Secret Battles of Genghis Khan."

He lives and writes full-time in Oakland, California.

DjanSeriy2020
4.0 out of 5 stars We Are All Completely Young
Reviewed in the United Kingdom on 2 June 2016
Verified Purchase
Whilst I vastly prefer the darker and more adult tone of Gregory's 'We Are All Completely Fine' - which deals with similar subject matter and shares a character or two - this is still worth checking out.

It's a shame that the current state of the publishing industry forces a massively talented writer like Gregory to try for a YA hit series rather than letting him push the boundaries with more challenging work (like the aforementioned, and thoroughly brilliant, 'We Are All Completely Fine').

Having said that, the lighter Young Adult format does allow him to display his considerable comedic talents and the ending packs one particular punch that is fully Lovecraftian and anything but lightweight.

I'd rather read more about the messed-up adult Harrison Harrison but until then I'll be happy to follow the more callow adventures of his younger self.
Read more
Report abuse