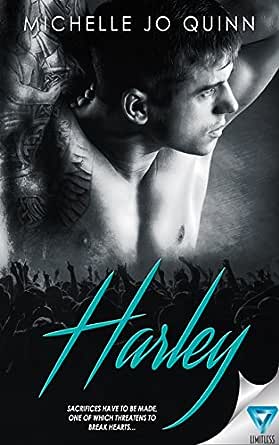 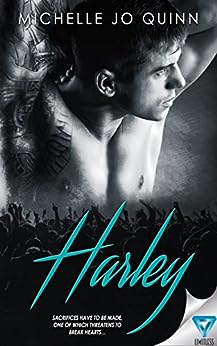 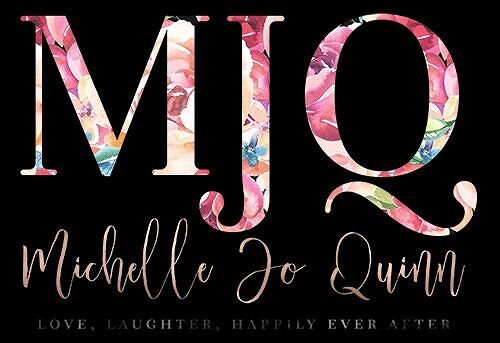 karen dellaway
5.0 out of 5 stars It's all about the girl.....
Reviewed in Australia on 17 January 2017
Verified Purchase
I received and voluntarily reviewed this free Advance Reader Copy.
I loved this book and the characters were great.
Cade/Cadence is a bodyguard for little eight year old Harley and her dad Jax Clark who happens to be a famous rock star form an unbreakable bond between them to protect Harley.
Fiona,Jax's psycho ex and Harley's mum, uses her daughter as a way to get to Jax and the fact that Harley has a heart condition doesn't stop her from doing so.
Harley is more a story about love and family instead of the usual bad boy rock star romances but Jax does still have a bit of bad boy in him.
I highly recommend reading this book.
Read more
Helpful
Report abuse

Billie
5.0 out of 5 stars Good read
Reviewed in Australia on 17 February 2019
Verified Purchase
There are a few stories intertwined throughout the book. All the stories meet up in the end to make this an enjoyable read
Read more
Helpful
Report abuse

SandraD
5.0 out of 5 stars Rock Royalty meets The Bodyguard
Reviewed in Australia on 13 May 2018
Jax is a single dad rock heartthrob. His life and his daughter's life change for the better when bodyguard Cadence (Cade) arrives to protect his daughter Harley. There's also a side story about who Cade's paternal father is. This was a truly enjoyable read from beginning to end. I loved the warmth of all 3 characters and their dynamics.
Read more
Helpful
Report abuse

SouthernAngel
4.0 out of 5 stars Rocking A Difference:
Reviewed in Australia on 9 January 2017
A book with a difference, which I enjoyed, not your typical rock 'n roll romance story. This is a well written book with strong characters and a solid plot, it will have you shedding a tear yet also laughing. Harley, an Eight year old, Jax, the rocker who is Harley's dad, and Cade, Harley's bodyguard, form a unbreakable connection with each other.
I voluntarily reviewed an Advanced Reader Copy of this book.
Read more
Helpful
Report abuse

Chrissi
TOP 1000 REVIEWER
5.0 out of 5 stars Loved Harley!
Reviewed in Australia on 20 January 2017
OMG this book has everything!! Great storyline, secrets, loveable characters, drama and laughter. This was a pleasure to read and will have you laughing one minute and crying the next. I loved this book!
Read more
Helpful
Report abuse
See all reviews

Kindle Customer
2.0 out of 5 stars Bodyguard meets rock star.
Reviewed in the United Kingdom on 9 September 2017
Verified Purchase
Cadence 'Cade' Williams works for Mackinley Security. Her first assignment, after being there for 2yrs, is to babysit/bodyguard a rock stars 8yr old daughter, Harley.
Although Harley's 8 she's small for her age due to a congenital heart defect that's affected her growth but everything else about her has aged her. Not only is she the daughter of a hot rock God but a nasty piece of work mother too. Neither have had or made the time for her.
Jackson 'Jax' Clark is the rock God and now has full custody of his daughter. She's old beyond her years until Cade befriends her.
Cade has another agenda to be close to the boss of Mackinley Securities, Noah. A truth and secrets from her ailing father's deathbed.
Overall, the storyline was pretty good...but the execution not so much. Some of the editing was poor to start with and the actual belief that a womanizing, hot rock God would fall for his daughter's bodyguard within seconds of meeting, or the child would have such deep connections to her too??? I might've believed these transactions if not for the lack of emotions. I didn't feel one single emotion or spark through the entire book. The author raced through the story at a rate of knots...and I felt...nothing! The big secret, galvanizing her job choice, from her horrible father's deathbed was basically covered in a few paragraphs. And the 'romance' between the H/h, (which didn't really heat up until the latter part of the book), was...cold.
No! Sorry, wasn't feeling it.
And I really have to ask the question. But why did the sick child not have a nurse instead of a bodyguard???
Not really what I was expecting but found it free.
Read more
Report abuse

J.W
5.0 out of 5 stars Sizzling chemistry - a true rockstar romance!
Reviewed in the United Kingdom on 3 February 2016
Verified Purchase
I've been looking forward to reading Harley for sometime now. And I can thankfully say that the patience has paid off (plus the paperback version is a gorgeous addition to my book shelf!)

Michelle's writing and way with words really brings the story of Cade, Jax and Harley to life and it's a thrilling, emotional, and in some places steamy read that I couldn't put down, nor did I want it to end.

There is sizzling chemistry between Cade and Jax (who by the way is so very swoon-worthy) and I really enjoyed the build up in their relationship.

But what I was very surprised to enjoy the most was actually the sweet relationship that Cade builds with Harley, Jax's 8 year old daughter. It's testament to Ms Quinn's writing that I ended up feeling just like Harley, wishing and hoping that the two highly influence adults in her life would have a HEA together.

Andie
5.0 out of 5 stars Loved it .
Reviewed in the United Kingdom on 1 February 2017
Verified Purchase
I voluntarily agreed to read and review an advanced reader copy of this book. What can you say about this book apart from its worth so much more than 5 stars , I LOVED it from the very first page I found myself unable to put it down until I'd finished the whole book. This book is well written with a story that's believable and a strong female character which can be very few and far between. I need more in this series to keep me going , hopefully its not to far away to book 2.
Read more
Report abuse

KarenE
5.0 out of 5 stars This sure was an eye opener!
Reviewed in Canada on 8 February 2017
Verified Purchase
Thank you for this novel! I just loved it from beginning to end. The characters were strong without be over bearing. From the child to the parents well one of them that is. I read it steadily through the night and day. Very few authors can do that..
Read more
Report abuse

Christianne Taylor-Berenbach
5.0 out of 5 stars Great read
Reviewed in France on 12 January 2018
Verified Purchase
Michelle Jo Quinn knows how to write! Always a pleasure to read her work and follow the characters to their happy ending.
Read more
Report abuse
Translate review to English
See all reviews
Back to top
Get to Know Us
Make Money with Us
Let Us Help You
And don't forget:
© 1996-2021, Amazon.com, Inc. or its affiliates