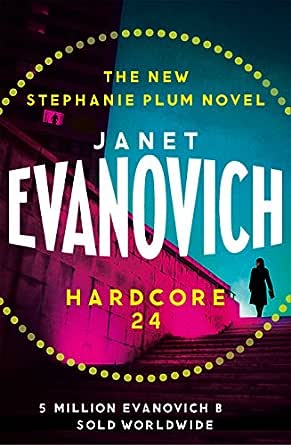 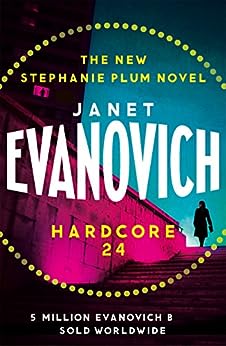 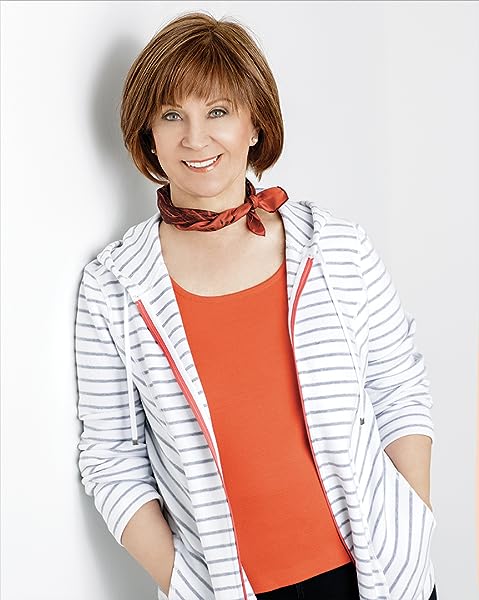 JANET EVANOVICH is the No. 1 New York Times bestselling author of the Stephanie Plum novels including Turbo Twenty-Three and Tricky Twenty-Two; the Knight and Moon novels including Curious Minds, co-written with Phoef Sutton; five novels in the Fox & O'Hare series - The Heist, The Chase, The Job, The Scam and The Pursuit - co-written with Lee Goldberg; the Lizzy and Diesel novels including most recently Wicked Charms, co-written with Phoef Sutton; twelve romance novels; the Alexandra Barnaby novels; the Troublemaker graphic novels; and How I Write: Secrets of a Bestselling Author. She has won several major crime fiction awards including the CWA John Creasey Award, Dilys Award and Silver Dagger.Janet's website can be found at www.evanovich.com. She is on Twitter - @janetevanovich - and Facebook - /JanetEvanovich. --This text refers to an alternate kindle_edition edition.

Janet Evanovich is the #1 New York Times bestselling author of the Stephanie Plum series, the Fox and O’Hare series, the Lizzy and Diesel series, the Knight and Moon series, the Alexandra Barnaby novels and Troublemaker graphic novel, and How I Write: Secrets of a Bestselling Author.

Lorelei King is an actress and a multi-award-winning narrator who has recorded more than 200 audiobooks. Her film credits include Notting Hill, The Saint, and House of Mirth. She has played regular and recurring characters in such British television shows as Chef, Cold Feet, and Emmerdale. --This text refers to an alternate kindle_edition edition.

4.5 out of 5 stars
4.5 out of 5
5,729 global ratings
How are ratings calculated?
To calculate the overall star rating and percentage breakdown by star, we don’t use a simple average. Instead, our system considers things like how recent a review is and if the reviewer bought the item on Amazon. It also analyses reviews to verify trustworthiness.

Philippa Craigue
2.0 out of 5 stars Not one of the better ones
Reviewed in Australia on 15 November 2017
Verified Purchase
Oh dear, where to start. Am a long time fan of this series, it's always been some light fun reading with quirky characters and some books are better than others. This one, however, is about the worst I can remember reading. The plot is thinner than usual - Zombies, seriously? The characters lack their usual spark without any new quirks or interests. Reads like the author is ticking off a checklist along the lines of Grandma does something crazy, tick; Stephanie faces moral dilemma about Ranger, tick, Lula and Stephanie bumble catching crazy/nutty/ pathetic fugitive, tick, Stephanie destroys car, tick. The author can do better than this, and really should if she wants us to pay for these.
Read more
12 people found this helpful
Helpful
Report abuse

rubystar
4.0 out of 5 stars Entertaining in true Evanovich style
Reviewed in Australia on 19 July 2019
Verified Purchase
I must admit I was a bit worried by all the negative reviews I had read about this one. However I wasn’t disappointed- it was a funny, light-hearted read which is why I gave it 4 stars. The zombies made it both weird and interesting.
I think most Evanovich fans should enjoy it.

Kindle Customer
3.0 out of 5 stars Zombies?
Reviewed in Australia on 8 May 2018
Verified Purchase
And another one bits the dust, with zombies, dead cars, Cluck-in-a-Bucket and Lula. All features of a rollicking good tale. Did I mention Ethel? You'll have to read it to find out.
Read more
Helpful
Report abuse

Lloyd Hall
2.0 out of 5 stars good follow on from previous books
Reviewed in Australia on 26 December 2019
Verified Purchase
Not up to her usual standard. Is she getting tired of this series?
Read more
Helpful
Report abuse

Bonny Blake
4.0 out of 5 stars 24 carats of gold, gold, gold.
Reviewed in Australia on 1 February 2018
Verified Purchase
If you want light hearted, fast paced, fun dished up on the train, in a plane or just on a lazy day, The Bounty Hunter series is for you!
Read more
Helpful
Report abuse

Allison
5.0 out of 5 stars Awesome
Reviewed in Australia on 16 March 2018
Verified Purchase
As expected another great Stephanie Plum read from Janet Evanovich - recommend for everyone who loves a Stephanie Plum story
Read more
Helpful
Report abuse
See all reviews

Ron McMillan
1.0 out of 5 stars Dire, formulaic, boring - and completely bereft of plot
Reviewed in the United Kingdom on 7 January 2019
Verified Purchase
The early books in this series were genuinely entertaining. When a chance to pick this one up cheaply for Kindle came along, I thought there would be no harm in giving it a read. Mistake. It is simply awful. It has no plot whatsoever. It involves a boa constrictor from the opening pages, giving it repeated appearances throughout the book for no discernible purpose other than to make the central characters squirm and fill out plot-free pages (there are a lot of them). The lead character somehow attracts not one but three cardboard cut-out two-dimensional hunks who spend their whole lives hoping to get her into bed. Did I mention that the whole book is plot-free? The closest thing to entertainment is the occasional brush with Grandma Mazur; and even she's getting boring. The author is clinging merrily to the cash train that is a long-running hit series, but she has apparently decided that even her faithful audience is not worth doing any work for, and stopped delivering anything worth reading. If the option were available to give zero stars, I would.
Read more
8 people found this helpful
Report abuse

R. Sturge
2.0 out of 5 stars I liked Grandma's little dog but otherwise
Reviewed in the United Kingdom on 6 January 2018
Verified Purchase
very disappointing, this series is getting stale. No laughs for me. Diesel doesn't belong in this series and bringing him in didn't add anything. I liked Grandma's little dog but otherwise, I think this series isn't going anywhere - pity, because it was such fun and now it's tired.
Read more
15 people found this helpful
Report abuse

tina harbour
1.0 out of 5 stars Time to put this series to bed
Reviewed in the United Kingdom on 16 December 2018
Verified Purchase
Really loved the Stephanie Plum series in the beginning but recent books have been really disappointing. This is the worst one ever, Stephanie has no morals, either be with Morelli, but stop the bed hoping with Ranger. And now Diesel ! the cars getting wrecked is boring, Grandma and Lula are no longer amusing. doubt I will buy any more. just a waste of money. what a shame.
Read more
8 people found this helpful
Report abuse

Mrs S.M
1.0 out of 5 stars Oh dear.......
Reviewed in the United Kingdom on 1 December 2017
Verified Purchase
Gutted, waited all year for the usually brilliant Stephanie Plum series, this book! I am so disappointed, had nothing new, still in the on and off relationship that does not move forward. Learnt nothing new about Ranger, oh and same old story with ruining cars, which I usually enjoy.....but this book really lacks the description and feels rushed.

I am looking forward to reading more about Henry though.

Mrs S
2.0 out of 5 stars Not Janet’s best work.
Reviewed in the United Kingdom on 16 November 2017
Verified Purchase
This wasn’t Janet’s best work. Very predictable read which lacked the usuals drama and twists. Very disappointing as normally love her books.
Read more
11 people found this helpful
Report abuse
See all reviews
Back to top
Get to Know Us
Make Money with Us
Let Us Help You
And don't forget:
© 1996-2021, Amazon.com, Inc. or its affiliates