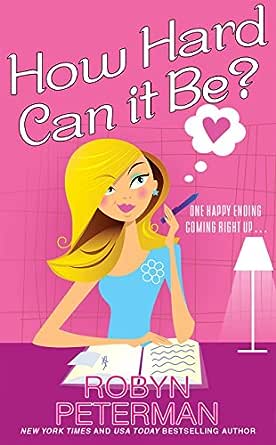 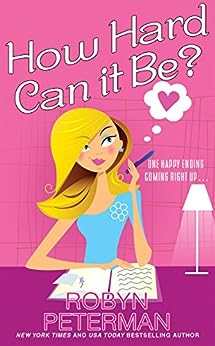 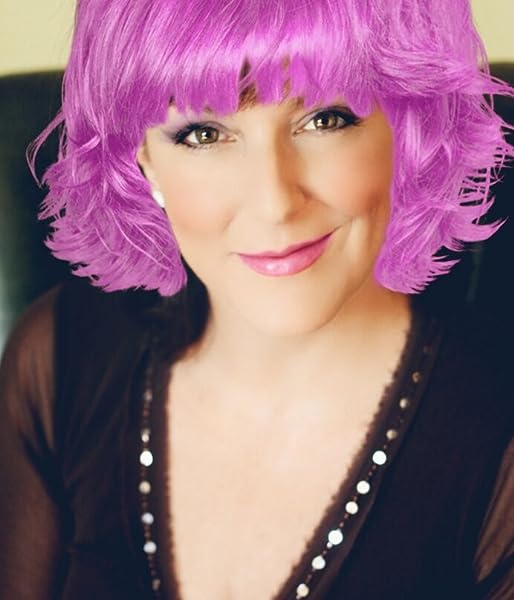 How Hard Can It Be? (Handcuffs and Happily Ever Afters Book 1) Kindle Edition

Amazon Customer
5.0 out of 5 stars Freaking hilarious!
Reviewed in Australia on 9 November 2018
Verified Purchase
This book appealed to me in ways I can't describe. It's laff out loud funny!...you won't regret it, I promise! I don't normally pay for books... this one I'd pay for over and over again. It really tickled my warped sense of humour. Well done!
Read more
Helpful
Report abuse

Elisa
TOP 100 REVIEWER
5.0 out of 5 stars Very Hard to STOP reading :-)
Reviewed in Australia on 31 October 2016
Verified Purchase
I just can't stop laughing, I know these books would shock a lot of readers with their potty mouth language characters but seriously Robyn Peterman is a master of making profanity funny and then weaving it all into a great story with romance drama and handcuffs.
If you feel like life is a little crazy then you need to read this book cause no one knows crazy like Rena does lol so funny no really side splitting hilarious you really think Jack would run a mile...

Kindle Customer
4.0 out of 5 stars Pirate Dave
Reviewed in Australia on 20 October 2019
Verified Purchase
Blackmail is the key to this crazy story.
People's lives are being ruined by a no talent author.
So, Rena to the rescue.
Look, you'll laugh at the outrageous antics Rena come up with,
to help her friends get out of the blackmailed clutch.
Read more
Helpful
Report abuse

MrsSmuttyMcSmut
5.0 out of 5 stars Really enjoyable!
Reviewed in Australia on 10 December 2015
Verified Purchase
Great little light read for a Summers day!
Very humorous, had me snorting out loud with laughter one or two times!
Would highly recommend!
Read more
Helpful
Report abuse

Kristy
5.0 out of 5 stars READ THEM ALL!
Reviewed in Australia on 5 February 2015
Verified Purchase
OMG - Robyn Peterman can do no wrong. I laughed sooooo hard!
Read more
Helpful
Report abuse
See all reviews

And so the series of three novels by Peterman starts.

In this novel we are introduced to the main characters who all play an important part in the series and interact with Rena our heroine: Evangeline O’Hara, Shoshanna LeHump (aka Professor Sue), Kristy, Nancy, Poppy Rose Petal, Joanne, Cecil, and Pirate Dave (who has his own book).

Peterman always seems to have a character who likes to mess with people’s names in her books and of course we have one here – Evangeline never addresses anyone by their real name, just makes up something that starts the same.

And things become increasingly more bizarre as the story unfolds.

I’m only giving it 4 stars as I think the series gets better in books 2 and 3 which you just have to read.

Oh, and don’t forget the sexy cop for the romance element – that’s why there are handcuffs in the series name.
Read more
One person found this helpful
Report abuse

Kittylover
4.0 out of 5 stars 4.5 stars
Reviewed in the United Kingdom on 3 April 2014
Verified Purchase
Well you see, i read your most recent book a bit ago (and adored it), and decided when looking through your books yesterday to start from the beginning of your books. Loved this book, to be honest i love your writing style, very humorous and sexy with a slash of drama. It's not quite believable but then again i don't think it's supposed to be that realistic , it's one of them books you just laugh through and giggle and the silliness but also get sucked into the story and characters and find yourself not wanting too finish reading it :) the only thing for me is i felt it concluded with a short finish. But i will be reading the next one of the series starring the roommate/bestie. Lovely read.
Read more
2 people found this helpful
Report abuse

Joviswoman
5.0 out of 5 stars Awesome!
Reviewed in the United Kingdom on 6 March 2017
Verified Purchase
I adore Robyn's writing, hilariously dirty.

I've had my eye on the three HaHEA books and I've finally downloaded them, and OMG I'm so glad I did.

I must hold my hands up and own up to already having read Pirate Dave lol, so reading it in this made me howl with laughter, again!

missd24
4.0 out of 5 stars Quirky read
Reviewed in the United Kingdom on 23 July 2015
Verified Purchase
This book was great, Its not a book to be taken seriously, its more just for laughs than anything else but laugh i did, the book is so crazy and so out there that you cant help but like it. i got the book for free which was great but i see now they are charging £3.83 for it, personally i wouldn't pay that for it, i don't think the book should be more than £1 as there are better books for that price but if the books cheap then i say scoop it up and enjoy it for what it is, a lighthearted quirky read.
Read more
One person found this helpful
Report abuse

May 863
4.0 out of 5 stars I shouldn't but i do....
Reviewed in the United Kingdom on 4 December 2013
Verified Purchase
This book is one of those one's where you know you shouldn't like it, but you do. It's a bit shoddy, a bit cooky but maybe that's what makes it a bit different and quite likable. The characters are amusing, the men that are hot are hot, the quirky characters (whch they are more than enough of) are extremely out there and i enjoyed reading about sexual oap writers! Very amusing... definitly worth a read for the cheap price and moments of amusement. But definitely not one to read if you're into books which are 'real life' in any way shape or form...
Read more
3 people found this helpful
Report abuse
See all reviews
Get FREE delivery with Amazon Prime
Prime members enjoy FREE Delivery and exclusive access to movies, TV shows, music, Kindle e-books, Twitch Prime, and more.
> Get Started
Back to top
Get to Know Us
Make Money with Us
Let Us Help You
And don't forget:
© 1996-2020, Amazon.com, Inc. or its affiliates