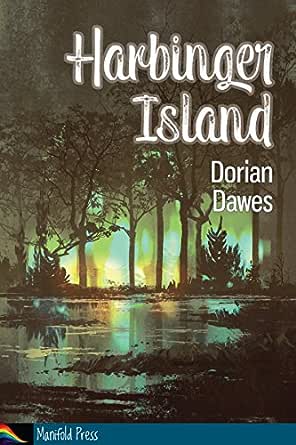 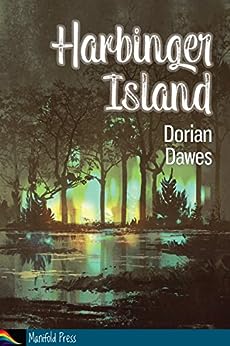 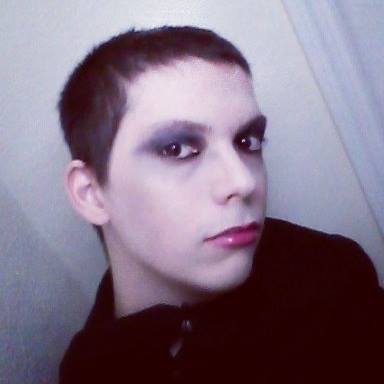 Fiona M.
5.0 out of 5 stars Delightfully queer and occult
Reviewed in the United States on 14 October 2017
Verified Purchase
I picked this up after Dorian appeared on my Twitter feed as a horror and videogame nerd after my own heart.

The first chapter is a story all its own, more of "By the way, you should know about this AWESOME backstory" than as a part of the remaining work. On the whole, it fits very well as an introduction to the quirky writing style and delightful occult/conspiracy knowledge and lore contained within this book.

The band of characters feel real, and their struggles are deeply entwined with the emotional and mental baggage which comes from being LGBTQ+ in this world. The nuance of the language and unique personalities of the characters lend weight and credence to the fantastic, horrific, and terrible events which befall our protagonists.

The strength and resolve of each character (my favorite is Veronika) is deeply rooted in the shared experiences of being queer in a world which demands conformity.
Read more
Helpful
Sending feedback...
Thank you for your feedback.
Sorry, we failed to record your vote. Please try again
Report abuse

Jaycatt
3.0 out of 5 stars Fun horror with representation
Reviewed in the United States on 13 October 2017
Verified Purchase
This was fun! I read it pretty quickly over the weekend. I wish it were longer, or maybe spent more time on fewer characters. Sometimes it felt more like a collection of related stories than a novel. But it held together. I'd love to see it on screen. And of course it was nice to see a range of LGBT characters. Several moments were awesomely creepy.
Read more
Helpful
Sending feedback...
Thank you for your feedback.
Sorry, we failed to record your vote. Please try again
Report abuse

Glenn Doll
5.0 out of 5 stars Loved it!
Reviewed in the United States on 29 November 2017
Verified Purchase
Overdue review. But this is an excellent book by a wonderful author. I would love a series because I got really attached to the characters.
Read more
Helpful
Sending feedback...
Thank you for your feedback.
Sorry, we failed to record your vote. Please try again
Report abuse

Joshua Valley
5.0 out of 5 stars a fine example of queer horror
Reviewed in the United States on 15 February 2017
Verified Purchase
As a queer person, I'm simultaneously desperate for representation and sick to death of all I seem to be allowed: coming-out stories, the occasional romance, tragedies centered around how queerness is hated in society. This is not, by any means, a "happy ending" book but it's refreshing in that the tragedy and horror doesn't center around homophobic violence, and that almost the entire cast of characters are queer in some way. The lead cast is diverse in terms of race, ethnicity, sexual orientation and gender. Trans characters are portrayed who just HAPPEN to be trans vs their gender being the only distinguishing factor of their existence. There's a quirky, off-putting occult expert professor and young, envelope-pushing performance artist. Both are trans, but it defines neither of their character.

This is a horror story of impeccable craft, evoking cosmic terrors and oppressive forces from beyond the world that threaten to expose the insidious secrets of a community. The characters fight against these forces valiantly, with depth and beauty. It's not a "fun" novel by any means, but it's worthwhile and satisfying to those who have been looking for it's like for ages.
Read more
2 people found this helpful
Helpful
Sending feedback...
Thank you for your feedback.
Sorry, we failed to record your vote. Please try again
Report abuse
Load more international reviews

Frank Cernik
4.0 out of 5 stars Worthy Read
Reviewed in the United States on 25 May 2018
Verified Purchase
Fun, inclusive horror with an evocative setting.
Read more
Helpful
Sending feedback...
Thank you for your feedback.
Sorry, we failed to record your vote. Please try again
Report abuse