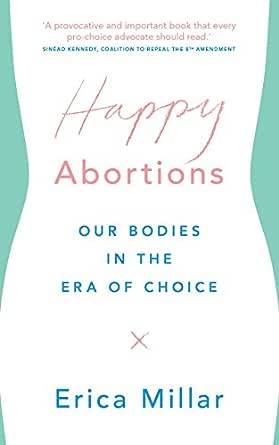 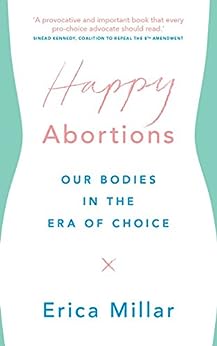 Happy Abortions: Our Bodies in the Era of Choice Kindle Edition

Erica Millar is a lecturer in gender studies and social analysis at the University of Adelaide.
--This text refers to the hardcover edition.

"Millar's book stands as a timely critique of political rhetoric and its consequences for women."--Barbara Baird, Flinders University "Sociological Review"

"A provocative and important book that every pro-choice advocate should read. Millar reminds us that abortion is a normal fact of life and a social good. This shouldn't be a radical claim but, in a world where abortions rights are under attack, it is."--Sinéad Kennedy, secretary, Coalition to Repeal the Eighth Amendment (Ireland)

"An exciting and unique edition to the literature on reproductive choice. It challenges the framing of abortion across the political spectrum and throughout the modern world, and forces a reappraisal of our thinking. Furthermore--it's a darn good read!"--Ann Furedi, chief executive, British Pregnancy Advisory Service

"An important contribution to the literature on abortion. Millar's evocative book critically examines political and movement discourses, with attention to gender, race, class, and nation, exposing the anti-abortion framings that permeate all sides of the debate."--Katrina Kimport, Advancing New Standards in Reproductive Health, University of California, San Francisco

"Offers a carefully crafted bundle of feminist ideas that enable new insights into the politics of choice. Invaluable reading for students, scholars, and abortion activists seeking to deploy feminist analysis in service of the urgent need to enable and improve access to abortion for all who need it."--Barbara Baird, Flinders University

"The meanings ascribed by society to women's reproductive decisions do not necessarily portray our actual emotions. Millar's book celebrates that abortion, like childbirth, can be a joyful experience when achieving reproductive justice through human rights."--Loretta Ross, cofounder, SisterSong Women of Color Reproductive Justice Collective

"This compelling dissection of the emotional common sense of abortion offers a crucial step towards rejecting the 'awfulization' of abortion. Ending a pregnancy is revealed for what it has always been: an inevitable and normal part of women's lives."--Sally Sheldon, Kent University

"In this thoughtful and well-written book, Erica Millar deconstructs the emotional discourses surrounding abortion. A sophisticated and timely work that should be essential reading for all those interested or working in the area of abortion, as well as activists and academics."--Pam Lowe, Aston University --This text refers to the hardcover edition.