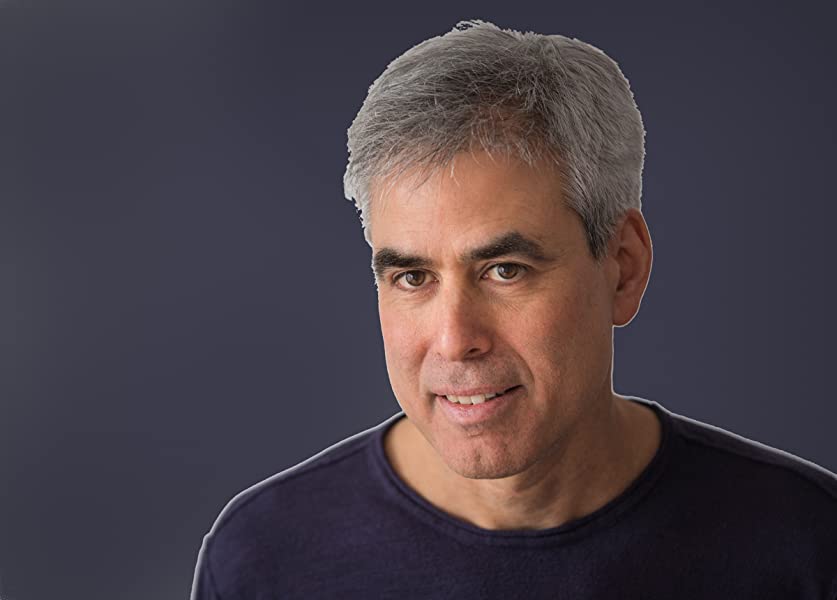 by Jonathan Haidt (Author)
4.6 out of 5 stars 2,328 ratings
See all formats and editions
Sorry, there was a problem loading this page. Try again.
In his widely praised book, award-winning psychologist Jonathan Haidt examines the world's philosophical wisdom through the lens of psychological science, showing how a deeper understanding of enduring maxims-like Do unto others as you would have others do unto you, or What doesn't kill you makes you stronger-can enrich and even transform our lives.
Read more
Previous page
Next page

The Happiness Hypothesis is a wonderful and nuanced book that provides deep insight into the some of the most important questions in life--Why are we here? What kind of life should we lead? What paths lead to happiness? From the ancient philosophers to cutting edge scientists, Haidt weaves a tapestry of the best and the brightest. His highly original work on elevation and awe--two long-neglected emotions--adds a new weave to that tapestry. A truly inspiring book. --David M. Buss, author of The Evolution of Desire: Strategies of Human Mating

The Happiness Hypothesis... has more to say about the pleasures and perils, the truths, of being alive than any book I've read in a long time. --San Francisco Bay Guardian

[A] marvelous book.... I don't think I've ever read a book that laid out the contemporary understanding of the human condition with such simple clarity and sense. --Guardian, (UK)

[T]he psychologist Jonathan Haidt shows in his wonderfully smart and readable The Happiness Hypothesis: Finding Modern Truth in Ancient Wisdom [that] modern science and history have a lot to say to each other. --Darrin McMahon, The Washington Post

A disarming, original book, reassuring to those more conversant with worriment than merriment.... Smart and serious without pomposity. --Seattle Times

An intellectual tour de force that weaves into one fabric wisdom that is ancient and modern, religious and scientific, Eastern and Western, liberal and conservative all with the aim of pointing us to a more meaningful, moral, and satisfying life. --David G. Myers, Professor of Psychology, Hope College, author of Intuition: Its Powers and Its Perils

Haidt's is an open-minded, robust look at philosophy, psychological fact and spiritual mystery, of scientific rationalism and the unknowable ephemeral--an honest inquiry that concludes that the best life is, perhaps, one lived in the balance of opposites. --Bookpage

Haidt's remedy for the modern glut of frivolous self-help literature is to review and revise the classics, examining the ideas of thinkers like Plato, Buddha and Jesus in light of modern research into human behavior. Along the way, Haidt, a social psychologist, provides practical advice for parenting, romance, work and coping with the political and cultural divisions currently preoccupying the country. --Psychology Today

I really can't recommend this book enough. It's one of the best and most insightful books I've ever read.--Joe Rogan

In this beautifully written book, Jonathan Haidt shows us the deep connection that exists between cutting-edge psychological research and the wisdom of the ancients. It is inspiring to see how much modern psychology informs life's most central and persistent questions. --Barry Schwartz, author of The Paradox of Choice: Why More Is Less

It would be something of an exaggeration to say that Jonathan Haidt has found the final answer to happiness, but he has come as close as any other writer of our times. Every page of his book provides gems of insight about the good life and where to look for it. Anyone who is interested in humannature and its potential must read this book. --William Damon, Director, Stanford Center on Adolescence, and author of The Moral Child

Jonathan Haidt leaves no doubt about the importance of emotion in the creation of personal meaning. This is a delightful and courageous book. --Antonio Damasio, author of Looking for Spinoza

Should we live our lives by age-old wisdom or the latest discoveries? Haidt gives us the luxury of not having to choose, bringing together both sources of insight in this sparkling investigation into the psychology of life and happiness. --Daniel Wegner, author of The Illusion of Conscious Will

This fresh and original book goes to the heart of what people have found out about happiness, across cultures and times. Enjoyable, important, and eminently readable. --Mihaly Csikszentmihalyi, author of FLOW

This is a delightful book.... Haidt's writing embraces spiritual and mystical viewpoints while retaining scientific and rational coherence. --Nature

This unusual book sets itself apart from the self-help category with its extensive scientific references, and intelligent, neutral prose, while the author's illuminating illustration of how the human mind works is both educational and refreshing. --Sunday Times (London)

With singular gusto, Haidt measures ten 'Great Ideas' against past/present research in psychology and science. LJ's verdict: Dr. Phil et al. don't have diddly on the old-school sages. No man is an island, indeed, and no modern reader should be without this carefully considered demystification of life. --Library Journal, Best Books 2006

Jonathan Haidt is a professor of psychology at the University of Virginia. His research examines morality, the moral emotions, and the intuitive foundations of politics and religion. He is the co-editor of Flourishing: Positive Psychology and the Life Well-Lived, and the author of The Righteous Mind: Why Good People are Divided by Politics and Religion. He lives in Charlottesville, Virginia.
Tell the Publisher!
I’d like to read this book on Kindle

His research focuses on morality - its emotional foundations, cultural variations, and developmental course. He began his career studying the negative moral emotions, such as disgust, shame, and vengeance, but then moved on to the understudied positive moral emotions, such as admiration, awe, and moral elevation. He is the co-developer of Moral Foundations theory, and of the research site YourMorals.org. He is a co-founder of HeterodoxAcademy.org, which advocates for viewpoint diversity in higher education. He uses his research to help people understand and respect the moral motives of their enemies (see CivilPolitics.org, and see his TED talks). He is the author of The Happiness Hypothesis: Finding Modern Truth in Ancient Wisdom; The Righteous Mind: Why Good People are Divided by Politics and Religion; and (with Greg Lukianoff) The Coddling of the American Mind: How good intentions and bad ideas are setting a generation up for failure. For more information see www.JonathanHaidt.com.

4.6 out of 5 stars
4.6 out of 5
2,328 global ratings
How are ratings calculated?
To calculate the overall star rating and percentage breakdown by star, we don’t use a simple average. Instead, our system considers things like how recent a review is and if the reviewer bought the item on Amazon. It also analyses reviews to verify trustworthiness.

Kevin
3.0 out of 5 stars I got the book
Reviewed in Australia on 1 December 2021
Verified Purchase
Poor condition
Read more
Helpful
Report abuse
See all reviews

Nishchay Munshi
5.0 out of 5 stars Review - Paperback Version
Reviewed in India on 13 March 2018
Verified Purchase
In my opinion, a lot of religious fanatics in India would be offended by reading this book.

But I found this book extremely helpful and the author explains the happiness hypothesis by comparing modern psychology as well as old religious scriptures (with great emphasis on Buddhist and Hindu scriptures).

I like how he went on to question and even in some cases challenge the happiness principles of old scriptures.

I would definitely recommend this book for one reason only. It has challenged my beliefs and encouraged me to think and question a lot of ideas in my mind. It has motivated to have an inner debate in my previously held beliefs.

This is going to be a very interesting read irrespective of your professional background. I would definitely recommend you to invest in this book.

Helen B.
5.0 out of 5 stars Five Stars
Reviewed in the United Kingdom on 10 November 2014
Verified Purchase
Interesting. We are what we are.
Read more
Report abuse

Wes O'Brien
5.0 out of 5 stars Insightful and inspiring
Reviewed in the United Kingdom on 18 April 2017
Verified Purchase
Offers practical insights and steps which can literally change your thought processes and help you achieve a greater appreciation of your life
Read more
3 people found this helpful
Report abuse

Jason c
5.0 out of 5 stars brilliantly clever and insightful
Reviewed in the United Kingdom on 20 March 2016
Verified Purchase
Such a great book
Read more
Report abuse