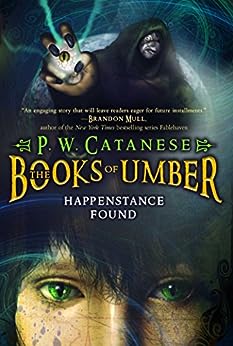 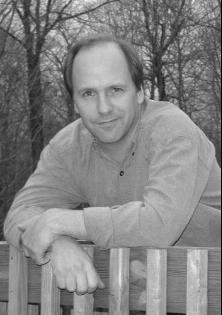 P. W. Catanese is the author of ten fantasy-adventure novels. His books have been received with critical acclaim and have been translated into five foreign languages. His Books of Umber trilogy has been nominated for six regional book awards, including the Texas Bluebonnet award, the Florida’s Sunshine State Young Readers award, and the Pacific Northwest Library Association’s Young Reader’s Choice awards. He lives in Connecticut. When he’s not writing books, Catanese draws cartoons, works for an advertising agency, and tries very hard to respond to every message from his readers. Meet him at PWCatanese.com, and on Facebook, Twitter, and Instagram. --This text refers to the paperback edition.

debhenri
5.0 out of 5 stars an excellent read
Reviewed in the United Kingdom on 21 January 2013
Verified Purchase
I wanted to buy a book for my son that was a bit off the beaten track, not the kind that's heavily promoted by every retail outlet you browse through/walk into. This one had few yet excellent reviews, and I think it deserves every star it has earned.
The writing style is very professional, descriptions are superb, characters are complex and well-rounded, and the dialogue is very apt for a most intriguing plot. Lots of originality (which is painfully absent in so many fantasy books these days).
P.W.Catanese obviously has a great deal of talent and, one day, will be given more of the praise that he deserves.
Read more
Report abuse

catanese
5.0 out of 5 stars First reading of a book from catanese PW
Reviewed in France on 26 October 2017
Verified Purchase
I'm a french reader and i have just discovered thanks to Amazon this american author.
It's realy well written and i have difficulty to put the book down each evening..... but i must keep some sleeping hour ... i haven't got green eyes ;-)
The funny thing is that i've got the same name ....

Pop Bop
4.0 out of 5 stars A Fantasy Adventure Different
Reviewed in the United States on 11 September 2015
Verified Purchase
Hey, have you heard this one before? -- A boy with no memory of his past joins a quirky band of wanderers and has exotic adventures while trying to find out more about his own history. Some world saving may be involved.

Well, of course you have. Nothing new here, one initially suspects. But one, (and stop referring to yourself as "one"), would be wrong. This is the fantasy adventure different, and even some pretty hoary old clichés feel fresh and interesting in Catanese's hands.

Wisely, the author has matched his earnest and sympathetic young hero, Happenstance, with a uniquely manic, (as in manic-depressive), older companion. Eschewing both the wise old Geezer Gandalf father figure approach and the comic sidekick approach, Catanese has created, in Lord Umber, a fantastic, compelling and fascinating Lord Byron, ("mad, bad and dangerous to know"), kind of character. This character dominates every page on which he appears. He's interesting when he drinks coffee. And like all great characters he elevates every other character around him. Compulsively truth-telling Oates is a funny Greek chorus to the action. Shy Sophie is a quiet and yet subtly charming presence. Umber makes this band of characters work, and he adds color to the overly earnest and sometimes bland official hero, Hap.

The book is loaded with interesting set pieces. Escaping the giant killer worm, sailing away on the Leviathan, and so on. This is all so clever, colorful and fresh that I wasn't at all concerned that the book was meandering about. It's pretty clear where it's all headed, and I was willing to predict how Book Three would end when I was half-way through this Book One, but I didn't mind. This book is loaded with vigorous, carefree, big-hearted, energetic writing and I just enjoyed the sunshine and cool breeze.
Read more
2 people found this helpful
Report abuse

Kendra
4.0 out of 5 stars Happenstance Found: Rewriting our past
Reviewed in the United States on 15 July 2012
Verified Purchase
I love a good amnesia story.

The great thing about amnesia stories is that they work in almost every genre from romance, to mystery to science fiction and fantasy. One of my favorite movies of all time "The Iron Giant," is essentially an amnesia story about a giant robot who forgets who he is only to learn he was designed to be a weapon of mass destruction. The theme of the story being, as one character says, "You are who you choose to be."

"Happenstance Found" by P.W. Catanese is one of this year's Sunshine State Books and is the story of a boy, Happenstance, Hap for short, who wakes up in an underground cavern with no knowledge of who or what he is. He is told by a mysterious voice to go with the people who find him, and that is how he winds up with a group led by the gregarious Lord Umber, an inventor, magician, and seeker of anything new and wonderful. He is also a man prone to fits of sadness and grief.

Hap's origin is the central mystery of the novel, but Lord Umber has his own secrets and the greatest reveal of the novel doesn't answer questions about Hap, but of Lord Umber.

"Happenstance Found" is filled with many interesting and well-thought out characters, ranging from a bodyguard cursed with only being able to tell the truth, to a one-handed artist and archer, to a whale-like creature that carries a barge both above and below the water.

This is only book one of a trilogy and I'm happy to say the other two books are already out. I hate having to wait for sequels.
Read more
Report abuse

Jeannette Jaquish
5.0 out of 5 stars How can this little boy deal with literally the destruction of two worlds??
Reviewed in the United States on 21 May 2018
Verified Purchase
Happenstance's understanding and personal growth through the exhausting dangers Umber drags him through is amusing. A great wrap up and revisitation of past events in the conclusion.
Read more
Report abuse
See all reviews
Back to top
Get to Know Us
Make Money with Us
Let Us Help You
And don't forget:
© 1996-2021, Amazon.com, Inc. or its affiliates