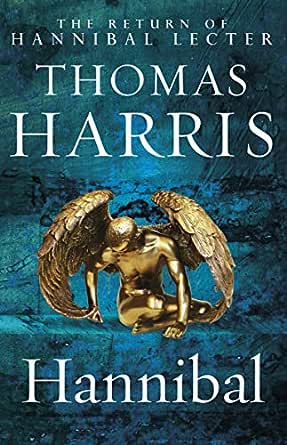 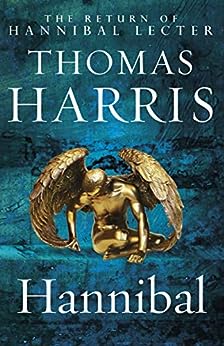 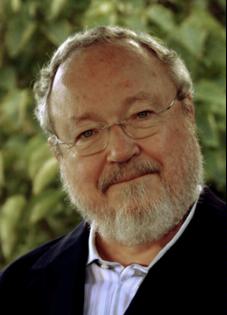 "An absolute holiday must. Quite simply this is the best-written thriller to dominate the market in years" The Times "It has been worth the wait - Look no further for the chiller of the year" The Times "Outstanding" Observer "A gut-churning, nail-biting, skin-churning triumph - addictive on every level" Express "A masterpiece ... chillingly brilliant" Observer --This text refers to the paperback edition.

Thomas Harris is the author of five novels and is perhaps best known for his character Hannibal Lecter. All of his books have been made into films, including most notably the multiple Oscar winner, The Silence of the Lambs. Harris began his writing career covering crime in the United States and Mexico, and was a reporter and editor at the Associated Press in New York. --This text refers to the paperback edition.

THE RETURN OF HANNIBAL LECTER Thomas Harris's follow-up to The Silence of the Lambs once again pits Clarice Starling against Hannibal the Cannibal in this utterly compelling thriller. Now fans of the new Sky Living TV series Hannibal can read the books that launched a legend. --This text refers to the paperback edition.
Read more

4.5 out of 5 stars
4.5 out of 5
281 global ratings
How are ratings calculated?
To calculate the overall star rating and percentage breakdown by star, we don’t use a simple average. Instead, our system considers things like how recent a review is and if the reviewer bought the item on Amazon. It also analyses reviews to verify trustworthiness.

Rani
3.0 out of 5 stars 3.5 STARS
Reviewed in the United Kingdom on 21 June 2019
Verified Purchase
Book 3, sees Sterling’s career on the rocks, Dr Lecter is doing well but now has a massive bounty on his head, but this is Dr Lecter, people may think they are hunting him, but he is not the real prey, about to be trapped. Rather he is the predator that shouldn’t have been poked.

The tension that ripples through the air in the 2001 movie version of this, and grips your throat didn’t manifest potently throughout the book for me, in particular I am referring to the scene where Clarice meets Dr Lecter’s sixth victim Mason Verger. Although, I have to admit the author did well in making Verger feel really creepy within the pages of the book, and this had nothing whatsoever to do with his physical contours but rather his personality and characterization. Seriously he gave me the heebie-jeebies.

Verger’s sister was an interesting character, whose interactions with him further heightened the sense of unease that developed as I read (I do wish she had been in the movie). Mason and Margot’s relationship clearly was not what one would wish for between siblings, his sinister/dark nature is further illustrated as they talk. For me some of the best parts of this book were the scenes containing Verger, seriously there was just something eerie about them, I found myself absorbed in a way that I wasn’t in any other part of the book.

Paul Krendler was a toad of a human, and yes, I disliked him in the movie, but the added information the author gives us sharpened my dislike of him. The depiction of the dinner scene, with Dr Lecter, Sterling and Krendler in the book was so different to the movie, Sterling and her words/actions had me blinking a little. But that wasn’t the scene that had my eyes widening and going holy crap I can see why that didn’t occur in the movie!! And the final chapter, I still have no idea how I feel about it, damn I didn’t see this coming (not from the Sterling and Lecter I have been reading about before this book – honestly right now I’m just bewildered).

This is one of the 3 books in the series, I do see myself re-reading at some point (need to let the last chapter or two to really sink in for a while first though). The second half of the book was the best and most creepily engaging part for me.

It’s so weird, usually I love books so much more than their movie versions, but in this case, I have to say if I was stuck in a room and I could either watch all the movies or read all the books, I would choose the movies.

Greyskull
3.0 out of 5 stars Mediocre entertainment.
Reviewed in the United Kingdom on 18 May 2019
Verified Purchase
This a review of the book Hannibal by Thomas Harris. Some of the reviews here are for Red Dragon or Silence of the Lambs also by Thomas Harris - not sure what those are doing here!
So, 'Hannibal'. One of the rare instances when I preferred the film to the book. The portrayal of Hannibal Lecter by Anthony Hopkins in the film is quite different to the version presented here. In this one the author chooses to portray him as some sort of twisted superhero, endowing him with rather superhuman characteristics and abilities, so much so that it borders on the ridiculous. On the face of it, this is a mildly entertaining tale, but it has rather a disturbing sub-plot centred around crime, responsibility and punishment. The author portrays his arch-villain as a supremely gifted, cultured and charming individual worthy of the reader's respect and understanding. A glimpse of an horrific childhood is thrown into the mix to ellicit sympathy. Hey, he may have murdered a few people in various ghastly ways and eaten their brains, but no biggie!! Deep down he's probably an OK sort of guy! The murders continue throughout this tale of course. However, they could all be construed as revenge or self-defence and the victims are so awful that you are glad that someone has taken the trouble to wipe them from the face of the earth. In fact, all of Harris's characters are so detestable and bizarre that I wished the pigs had eaten the darn lot of them! I suppose the author has fallen in love with his great creation and wishes to present him as a misguided and misunderstood individual worthy of redemption. He even devises a happy ending for Lecter, which is pure drivel! This was completely re-written for the film version, and you can see why. Basically, he mind-f**** her, she f**** him, and they all live happily ever after! People like their monsters to be monsters and prefer the maniacal, menacing Hannibal Lecter of popular culture - the one slavering behind his mask, desperate to bite your face off. This is some wishy-washy, lefty-liberal, new-age version of Lecter that nobody wants. There is enough evil going unpunished in the real world without reading about it in fiction. Disappointing.
Read more
One person found this helpful
Report abuse

pennywho
3.0 out of 5 stars Lost the plot
Reviewed in the United Kingdom on 1 March 2020
Verified Purchase
I can understand the authors wish to develop the idea of the monster he created so successfully, however, it doesnt quite work and the ending is nothing but disturbing.
Read more
Report abuse

Szymon Bialkowski
5.0 out of 5 stars Very stange but a nice read
Reviewed in the United Kingdom on 13 September 2020
Verified Purchase
Don't read a lot of fiction so can't compare to other works; but generally well written with interesting characters.
Very very strange in terms of content
Read more
Report abuse

Amazon Customer
5.0 out of 5 stars Book
Reviewed in the United Kingdom on 30 November 2019
Verified Purchase
Looks in good condition Christmass present they will enjoy it
Thank you
Read more
Report abuse
See all reviews
Back to top
Get to Know Us
Make Money with Us
Let Us Help You
And don't forget:
© 1996-2021, Amazon.com, Inc. or its affiliates