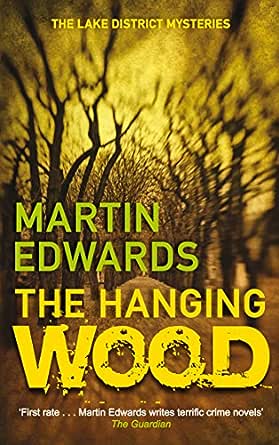 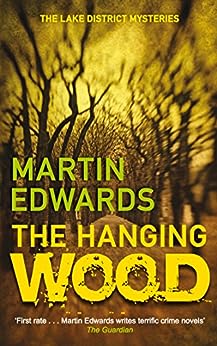 Martin Edwards is the author of the acclaimed Harry Devlin series as well as the Lake District mysteries. He lives in Lymm, Cheshire. --This text refers to the paperback edition.

Noel
4.0 out of 5 stars Dramatic events and disfunctional families
Reviewed in the United Kingdom on 13 February 2016
Verified Purchase
Here's another case for Hannah Scarlett and her cold case team to investigate in a rainy Lake District, the 4th of this series I have read. The case relates to the disappearance about 20 years ago of a teenage boy called Callum. He disappeared but no body was found and no one was charged in connection with his disappearance. Now 20 years on his sister has returned to the Lake District to live and work and she makes a distressed call to Hannah's team to plead for justice for her brother. Callum's family had split up before his disappearance but his hot-headed violent father still lives on his farm near Keswick. Callum's mother had re-married but has since died.

There are some very complicated personal and business relationships in this book. Conflicting siblings and spouses, and business partners al of which revealed as being even more complex as the story progresses. Things go from bad to worse as the dirt is dished and the body count rises. You know its going to happen but it does not make it any easier to take. The action moves between the local up-market caravan park, a learned residential library and Callum's father's farm all of which border each other.

Hannah's going through some upheaval in her personal life and is estranged from long term bibliophile partner Marc. The question is will she or won't she fall into the ever-open arms of Daniel Kind. It's not a focal point of the plot but ticking over in the background. In the end Daniel helps unravel the grim solution. I found it an exciting page-turner novel and enjoyed almost as much as I did

Isobel Henry-Rufus
3.0 out of 5 stars A bit of a pot boiler
Reviewed in the United Kingdom on 6 August 2011
Verified Purchase
I was disappointed by this book. I have enjoyed the others in the series. Daniel and Hannah are two strong characters with lots more potential and the plots have been engaging. With this book I felt that the author had been asked to play up the attraction between Daniel and Hannah at the expense of the plot which was, quite frankly, both farfetched and derivative. The only excitement came with the "will they/won't they" scenario acting as a sort of bait to keep us hanging in there. The books were strong enough without this device and this one would have been much better with a credible plot peopled by credible characters, letting Daniel and Hannah develop at their own pace.

Having got that gripe out of the way, it's an OK read on a wet day.

EZW
4.0 out of 5 stars Another Brilliant Read
Reviewed in the United Kingdom on 4 March 2012
Verified Purchase
After reading The Serpent Pool I was really looking forward to this one and it didn't disappoint in the least. I have a tiny niggle which I'll come to later but overall I thought it was just as great as the previous Lake District Mysteries. The one thing that shines through all these books for me is the sense of place. Martin Edwards paints such a wonderful picture of the Lake District that you feel you are walking through these same locations as Hannah and Daniel. I know that many of them are fictional but there is none of the 'made-up' feeling you get with some other books. The plot moved with wonderful pace and as before the characters really come off the page and are totally believable. The murders are superbly ghastly and horribly claustrophic. And so to my little niggle - please Mr Edwards you have to either let Hannah and Daniel get together in the next book or one of them is going to have to go away. We can take the will-they-won't-they only for so long but it will become a bit tedious if something doesn't happen. Next book soon please!
Read more
Report abuse

Mrs. Jasmine Simeone
5.0 out of 5 stars Cold Case Review Team strikes again!
Reviewed in the United Kingdom on 22 January 2017
Verified Purchase
This is the fifth of Martins Edwards' Lake District mysteries about the Cold Case Review team led by Hannah Scarlett. It is really scary, especially when the most recent body turns up. The characterisation of Hannah and of Daniel Kind, her friend and the son of her late boss are first rate as are many minor characters in this work. I cannot recommend it too highly. I thoroughly enjoyed it.
Read more
Report abuse

MALCOLM
5.0 out of 5 stars THREE INTO TO TWO WON'T GO
Reviewed in the United Kingdom on 8 December 2019
Verified Purchase
Another challenging read from the cold case team. Kept me hooked from start to finish. In addition the main characters gradully develop their own stories.
Read more
Report abuse
See all reviews
Get FREE delivery with Amazon Prime
Prime members enjoy FREE Delivery and exclusive access to movies, TV shows, music, Kindle e-books, Twitch Prime, and more.
> Get Started
Back to top
Get to Know Us
Make Money with Us
Let Us Help You
And don't forget:
© 1996-2020, Amazon.com, Inc. or its affiliates