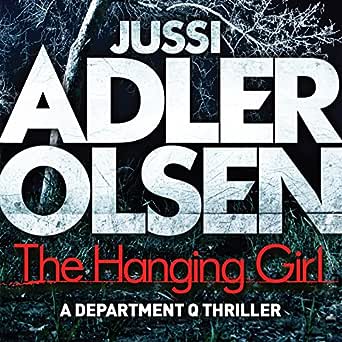 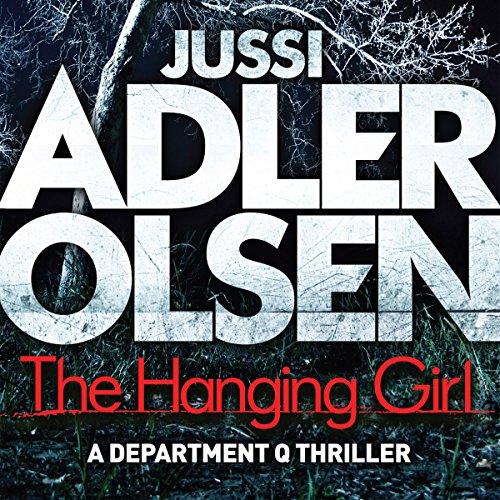 4.3 out of 5 stars
4.3 out of 5
830 global ratings
How are ratings calculated?
To calculate the overall star rating and percentage breakdown by star, we don’t use a simple average. Instead, our system considers things like how recent a review is and if the reviewer bought the item on Amazon. It also analyses reviews to verify trustworthiness.

Ewenm
3.0 out of 5 stars I enjoyed it
Reviewed in Australia on 4 October 2020
Verified Purchase
Continuing on a journey with the Department Q team, it seemed some of the translation from Danish was more litteral than before. Some good twists at the end , however this book just lacks something on tbe others before it.
Read more
Helpful
Report abuse

olwyn f neill
3.0 out of 5 stars Disappointing
Reviewed in Australia on 28 September 2015
Verified Purchase
A bit disappointed compared to the previous books. There was quite a gap in time since the last in the series and therefore some events were treated glossed over and didn't fit within the narrative. But a good holiday read.
Read more
2 people found this helpful
Helpful
Report abuse

Kaye Birks
3.0 out of 5 stars Worth a read
Reviewed in Australia on 6 November 2015
Verified Purchase
Keeps interest until the last pages with a twist at the end, but the clues were there. Characters remain true to character. Helps if you have read previous Depatrment Q books.
Read more
One person found this helpful
Helpful
Report abuse

elizabeth
2.0 out of 5 stars Ok to read but some padding in the plot. Needs strong editing
Reviewed in Australia on 19 April 2016
Verified Purchase
Read if nothing else is handy. Some of the characters were not believable but most were ok. Plot twists were hard to accept
Read more
Helpful
Report abuse

Christina
5.0 out of 5 stars Five Stars
Reviewed in Australia on 31 October 2015
Verified Purchase
Such suspense - could not put it down
Read more
2 people found this helpful
Helpful
Report abuse

Barbara Leigh Goldstein
5.0 out of 5 stars Fantastic
Reviewed in Australia on 9 November 2015
Verified Purchase
The best in the series, loved the journey characters and suspense couldn't put the book down. I highly recommend this story
Read more
Helpful
Report abuse
See all reviews

M. Dowden
5.0 out of 5 stars A Complex Case
Reviewed in the United Kingdom on 25 February 2020
Verified Purchase
This must be the most complex case that Department Q has had to investigate in this series so far. It starts with a phone-call from a retiring policeman for the help of Carl and his team, but Carl feels that he has too much to deal with anyway. But when the policeman kills himself at his retirement party suddenly the department have to look into the case.

With the present in this tale in 2014 so we are also taken back to 1997, and other periods, as we see what has happened and why people have been killed. For Carl and his team though it is the case of the death of a teen girl in 1997 that they start off with, and whilst they visit the scene of what had been put down to a hit and run with no clues as to the driver, or vehicle, so they can see from the evidence that it looks like a coldly calculated murder.

With perhaps some more thrills and spills than other novels so there are twists and turns in this story that will certainly keep you interested and wanting to know all the ins and outs. One thing is for certain though, and that is that this case is most definitely convoluted. Of course, as readers we have an advantage over the police, but that makes for an extra depth to this story as we see how they go about trying to investigate such an old crime, and how they have to come to theories and conclusions, that they know they may have to alter as any further new evidence comes to light.

For those who have never read one of these books in the series before, then as with the other books, this is a standalone novel, although of course if you have read the others you will know the characters that bit better, and so will be glad to hear that we are given a name for Assad, which may be his real one or another alias, and also some new information has come to light in the nail-gun killings case that ended up with Carl Mørck being where he is now. In all this is another great tale in this series, that so many of us have enjoyed.

Paul S
4.0 out of 5 stars Enjoyable but mildly disappointing if compared with the five preceding Department Q novels.
Reviewed in the United Kingdom on 14 May 2019
Verified Purchase
There are plenty of things to like about 'The Hanging Girl' but compared with the earlier Department Q novels I found it mildly disappointing. First the positives; it is well written with plenty of dramatic action scenes, some funny moments and a dramatic twist near the end that I just did not see coming. We get more tantalising hints about Assad's past and more revelations about the on-going nail gun investigation in which Carl and Hardy are involved - if you have not read any of the earlier novels in the series, the nail gun case is an ongoing story-line that runs through each of the novels.
However, for the first time in the series I felt the story dragged in places, almost as if the author wanted to show how much research he had done on new age mystic cults. In addition, I have an impression that there are more characters to keep track of in this story than previous ones, which I found a little disconcerting at times (fortunately if one reads the story on a Kindle then at least one can use the search facility to refresh your memory as to who-is-who (:-)).
So, overall, probably not the best of the Department Q novels to date; enjoyable but mildly disappointing if compared with the five preceding Department Q novels.

markb
4.0 out of 5 stars Meandering thriller
Reviewed in the United Kingdom on 1 June 2016
Verified Purchase
This is the fifth book in the Department Q series of Danish thrillers. As ever, the eccentric team of Morck, Assad and Rose investigate a cold case. This one involves a sinister hit and run death on a remote island in the Baltic. Their investigations involve tracking down a range of unconventional offbeat characters to piece together the clues. They stumble into the world of New Age healers and along the way the author gives humorous descriptions of various gurus selling their brands of enlightenment. The team's hard work doesn't necessarily lead to accurate answers

The use of flashbacks gives readers a wider perspective than the officers in Department Q; but though we are given insight into life in the cult at the centre of the story, the book successfully keeps readers guessing. Impressions can sometimes be misleading.

Some readers might get impatient with the leisurely pace of the book and with apparent digressions as its plot unfolds. As book five, this would not be a good introduction to the series. It might be best enjoyed by fans prepared for the characters' idiosyncrasies by earlier stories, who will want to see how the relationships in Department Q develop.

I felt satisfied with the book's meandering story telling which kept me gripped until it reached its satisfying, rather unsettling, conclusion. I'll now be interested in looking out for book six in this series.

Steve M
4.0 out of 5 stars A strange tale of death, murder and mysticism
Reviewed in the United Kingdom on 9 June 2017
Verified Purchase
Our intrepid trio in department Q are now joined by an awkward novice, Gordon. An intense murder hunt spends much time on the interactions between them as they literally leave no stone unturned to solve an old murder,complicated in extreme and involving a sun worshiping cult. A strange story, less about crime than intensely detailed lives of these characters. Intriguing and strange, I,m left wanting to know what next for these bizarre characters who have an uncanny knack of getting to the root of almost unsolvable crimes.
Read more
One person found this helpful
Report abuse

Tooting54
3.0 out of 5 stars Not as good as the first books in the series
Reviewed in the United Kingdom on 23 September 2016
Verified Purchase
I enjoyed the first 5 books immensely, but really struggled with this one. I found myself skipping pages, mostly the sections dealing with the cult, which rambled on (a lot), and was fairly repetitive. The Pirjo character didn't ring true at all, and had no depth. It didn't get interesting until 80% in, with a nice twist at the end.
Having said that I will still read the next book as I really enjoy the characters of Carl, Assad and Rose
Read more
4 people found this helpful
Report abuse
See all reviews
Get FREE delivery with Amazon Prime
Prime members enjoy FREE Delivery and exclusive access to movies, TV shows, music, Kindle e-books, Twitch Prime, and more.
> Get Started
Back to top
Get to Know Us
Make Money with Us
Let Us Help You
And don't forget:
© 1996-2021, Amazon.com, Inc. or its affiliates