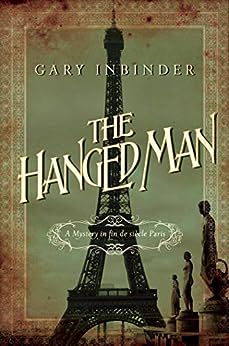 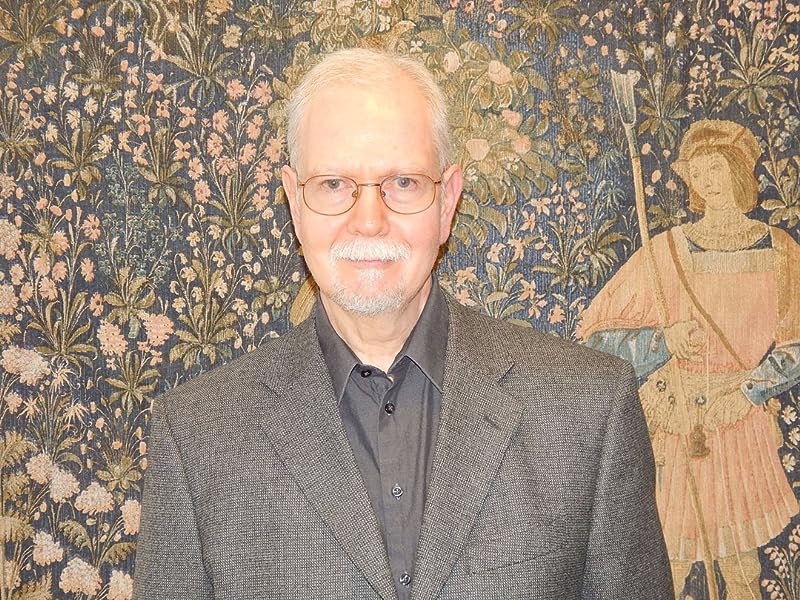 Gary Inbinder is the author of The Devil in Montmartre and The Hanged Man, and his fiction, articles, and essays have appeared in Bewildering Stories, Halfway Down the Stairs, The Absent Willow Review, Morpheus Tales, Litsnack, Touchstone Magazine, and other publications. A member of both the Historical Novel Society and the Bewildering Stories Editorial Review Board, he lives in Woodland Hills, California.

Piers Hampton is an experienced narrator and actor who trained at the Bristol Old Vic Theatre School. He has narrated over fifty audiobooks and is a founding member of Theatre Havoc. The winner of the BBC Carleton Hobbs Award in 2009, he's frequently seen performing with the world-renowned Natural Theatre Company. --This text refers to the audioCD edition.

"The setting is intriguing, and the plot especially so. It has tension, well-done action scenes, and a likable main character." --Bookgasm

"Details take the reader back to the beginnings of the modern era, both in life and detective work." --Historical Novels Review

Jean Marie Kolinofsky
5.0 out of 5 stars Murder on the Seine
Reviewed in the United States on 7 September 2016
Verified Purchase
I would like to thank NetGalley for providing this book for my review. In 1890 Paris, a body is found hanging from a bridge and Inspector Achille Lefebvre finds enough inconsistencies to determine that this was not a suicide. Evidence points to the Russian community, where he discovers a connection between the victim and a group of anarchists. Forced to work with his former partner, now an Inspector with the political brigade that he does not entirely trust, he draws on his own contacts to find and track his suspects.

Inbinder brings Fin de Siecle Paris to life. Communication between police is often by messenger. Lefebvre longs for advances in motorized transport, both for its speed and to reduce the odiferous deposits left on the streets by the horses pulling the trams. Fingerprinting is a new technique and not widely used, but Lefebvre uses it in his investigation, along with a crime scene photographer rather than a sketch artist.

This is a story filled with wonderful characters, from Lefebvre's understanding wife Adele to Delphine, a performer and artist's model with feelings for the Inspector. He also receives assistance from Toulouse Lautrec, who observes and sketches persons of interest. Lefebvre, himself, is a man of honor who tries to balance his investigation with his obligations to family.

For fans of historical mysteries, such as Alex Grecian's murder squad, this is not to be missed.
Read more
2 people found this helpful
Report abuse

Pippin Black
5.0 out of 5 stars Atmospheric and Engrossing Mystery
Reviewed in the United States on 11 November 2016
Verified Purchase
The Hanged Man is an elegant period piece, deeply atmospheric and full of distinctive and interesting characters. And on top of that there's a nice plot centered on a murder (of course) that takes the reader into the dark underbelly of late 19th century Paris as well as the world of international intrique. You do have to stay alert to follow it all at times, but that should be no problem since this book is so engrossing. The venues, the detailed descriptions of the technologies of the time, and the discussions of the international situation are all believable and seem well-researched. If you speak no French, you may have to consult an online translation service once or twice.
Read more
2 people found this helpful
Report abuse

Sandi Taub
4.0 out of 5 stars An entertaining read!
Reviewed in the United States on 11 August 2016
Verified Purchase
Intriguing, colorful characters and a good mystery, all painting an informative and interesting picture of fin de siecle Paris. I found both the social and political intrigues gave fascinating insight into that era of French history. Just a little too wordy with extraneous detail in parts, which for me interfered with the flow of the story.
Read more
2 people found this helpful
Report abuse

Amazon Customer
5.0 out of 5 stars Highly recommend
Reviewed in the United States on 30 October 2016
Verified Purchase
Just finished The Hanged Man by Gary Inbinder and can recommend it without reservation. Period mysteries often stumble on incongruities and poor research, but this entertaining read brought me to and kept me in pre-World War I Paris. The well crafted plot and likable hero were a treat.
Read more
One person found this helpful
Report abuse
See all reviews
Back to top
Get to Know Us
Make Money with Us
Let Us Help You
And don't forget:
© 1996-2021, Amazon.com, Inc. or its affiliates