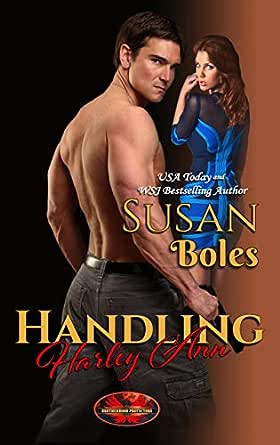 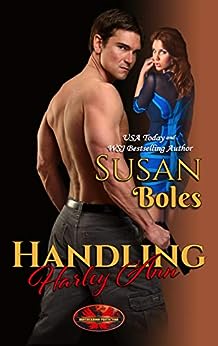 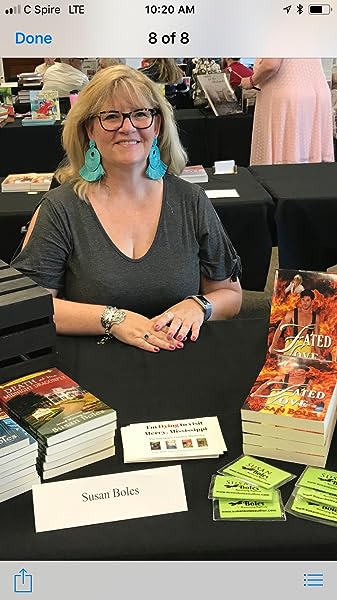 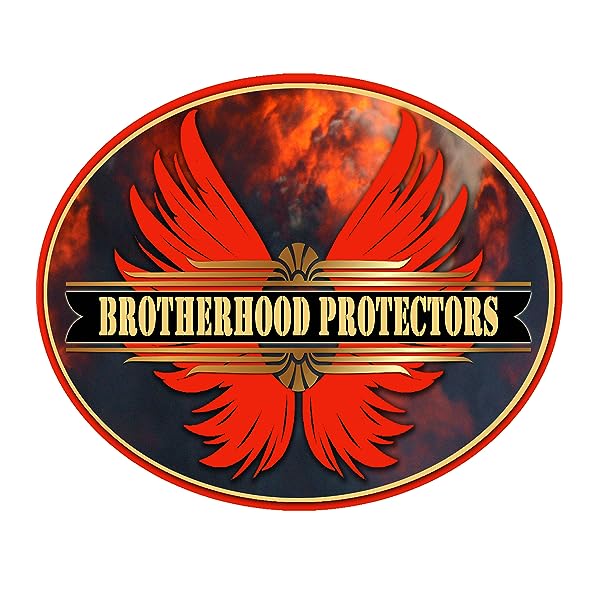 But for Harley Ann Sanders, the past won’t stay there. It’s come looking for her in the form of her ex-boyfriend. The one who got her put in jail in the first place. However, Harley Ann has learned some lessons since then and she’s not about to let him bully her. She doesn’t know anything about where his partner hid the jewels from the robbery. Problem is, he doesn’t believe her and is willing to go as far as it takes to get the information he believes she has.

Jesse Miller has come to Mercy, Mississippi to visit his recently married Brotherhood Protectors buddy, Ian Elliott, and to convince him to return to home base in Eagle Rock, Montana ASAP. He has no plans to get involved with a local girl. Especially one who is as hard headed as Harley Ann Sanders. But when he discovers she’s in danger from her ex, all his protective instincts kick in…along with his experience as a former Army Ranger.

A race against time will bring them to the edge and back -- and reveal their true feelings for each other.

Kindle Customer
5.0 out of 5 stars A quick fast moving read with a southern flavor
22 April 2019 - Published on Amazon.com
Verified Purchase
Three years ago Harley Ann Sanders ran from her past and came to live with her eighty year old Great Aunt Edna in Mercy, Mississippi. She's been busy building a new life with her new jams and jellies business. But now she's worried that her past has found her.

She’s also caught the attention of brotherhood protector Jesse "Bird Dog" Miller. Former Delta Force, he’s come to town to find out when Ian "Hawkeye" Elliott is coming back to Eagle Rock, Montana where the men work for Hank Patterson.

Someone is stalking Harley Ann.

A quick fast moving read with a southern flavor.

Linda Silva
5.0 out of 5 stars Handling Harley Ann: Brotherhood Protectors World
10 October 2019 - Published on Amazon.com
Verified Purchase
In this book you get action, suspense, and love. Someone is watching Harley and she doesn't know why. In comes the brotherhood to help and to help. Then you smile at the love that's right in front of your eyes.
Read more

Donna J. King
5.0 out of 5 stars Two thumbs up!! 👍🏼 👍🏼
25 June 2019 - Published on Amazon.com
Verified Purchase
Another amazing book by my favorite author!! Can’t wait to read her next book. Two thumbs up 👍🏼👍🏼!! Love the way it ties with characters from her previous books.
Read more

Kara Marks
5.0 out of 5 stars Successful romantic suspense book
13 April 2019 - Published on Amazon.com
This is the second book in the series, although it works well as a stand-alone. I also enjoyed the previous book in this series and hope the series continues. It’s a quick read, but full of excitement, and the mystery is pretty good, although not real complicated. I could easily guess the perpetrator, but the resolution and action toward the end was still extremely shocking, bordering on disturbing. The book in general isn’t terribly violent and not gory, and there is a happy ending. I don’t think there’s any bad language and I would call the romance portion PG. I like that the book is set in Mercy, Mississippi, the same town as the author’s other series. That series is cozy mystery, while this one I would more call romantic suspense. Some of the characters overlap from the other series, which is fun, and I like books set in the South anyway. I recommend this book also because I looked forward to reading it each night (I would have read it in one night if not so tired.) I’ve also continued to think about the main characters and their future, and I think that’s one sign of a really good book.
Read more
Go to Amazon.com to see all 12 reviews 4.4 out of 5 stars
Get FREE delivery with Amazon Prime
Prime members enjoy FREE Delivery and exclusive access to movies, TV shows, music, Kindle e-books, Twitch Prime, and more.
> Get Started
Back to top
Get to Know Us
Make Money with Us
Let Us Help You
And don't forget:
© 1996-2020, Amazon.com, Inc. or its affiliates