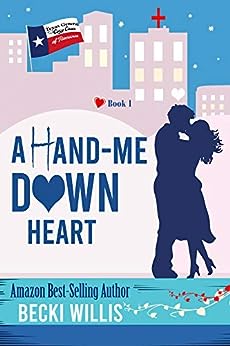 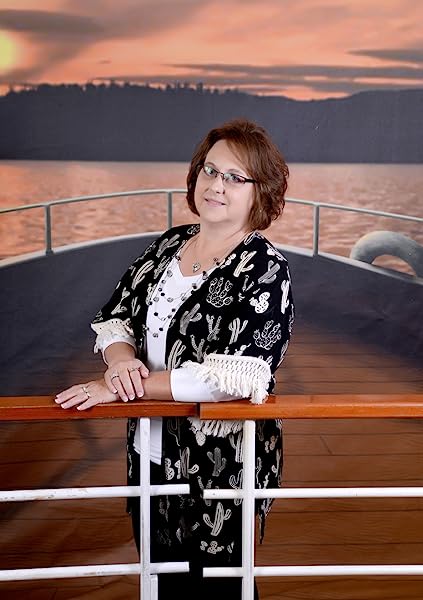 4.6 out of 5 stars
4.6 out of 5
33 global ratings
How are ratings calculated?
To calculate the overall star rating and percentage breakdown by star, we don’t use a simple average. Instead, our system considers things like how recent a review is and if the reviewer bought the item on Amazon. It also analyses reviews to verify trustworthiness.

Kindle Customer
TOP 500 REVIEWER
5.0 out of 5 stars An engaging story filled with 'real' characters.
Reviewed in Australia on 20 November 2019
This was my first Becki Willis novel, and I can guarantee you it will not be my last!

I enjoyed every second reading this book today. I literally downloaded it this morning and finished it this afternoon!

Grace and Cruz were characters I enjoyed delving into. Their brokenness felt real, their battered hearts (and bodies, in Cruz's case) were strengths.

And, really, who can go past a broody, swoony, dark-haired man? Mr Darcy and John Thornton - move over for the contemporary hero in Cruz Colton. 😍

NB I received an ARC of this novel.

Sheila
5.0 out of 5 stars Great Romance
Reviewed in Canada on 28 May 2020
Verified Purchase
Beautiful story. Clean but still gets your heart pumping while hoping for the protagonist to win this one! Also, no glaring grammar mistakes - nothing ruins a book for me faster than poor grammar. KUDOS to the author.
Read more
Report abuse

Reads-A-Lot
4.0 out of 5 stars A sweet and wonderful tale!
Reviewed in the United States on 2 May 2020
Verified Purchase
Having a famous sister, Nurse Grace was used to living in the shadows of her popularity. Her sister was the talented one and she was the studious one. And she was fine with it, for the most part—fine with settling for her hand-me downs all her life.

Grace’s volunteer work in the hospital was her pride and joy; she didn’t have time to think about relationships. Until…Cruz came back into her life again. Cruz was another one of her sister’s hand-me downs. He was her first love, even if he didn’t know it. He had returned from battling in combat to volunteer for a medical study to show that war was hazardous to one’s health.

I liked the human connection between the characters. Cruz’s anger on war was understandable, but it wasn’t right how he was taking out on Grace. Chill out, dude! Grace was a sweet, caring, and compassionate person. At first, it would seem that she wouldn’t be right for Cruz, who was irritable and cynical. But then they fell into their witty banters, easy smiles, and hearty laughter. They end up talking about books, their old stomping grounds, and how different Grace was from her sister. Grace had always been beautiful—inside and out—and Cruz was the only one that ever saw that.

“Sparks flying around between them were nothing but left-over embers from bridges burned.” (LOC 1048) Or was it?

The easy narrative made it natural for the reader to fall into the story.

Ouida R.
4.0 out of 5 stars Jet pilots are not enlisted personnel
Reviewed in the United States on 13 May 2020
Verified Purchase
I generally liked the story but it would have been better had the author knew more about the military. Both my uncle and later his son were both Commissioned Warrant Officers in the US Army flying helicopters in the 1960s and 1980s. I don’t know of any jet fighter pilots who are not commissioned officers in any branch. I don’t think the army has any fighter jets. I personally didn’t care if the hero was an officer or enlisted person but it was unbelievable to me that he was a fighter pilot. His POW status wasn’t believable. I’ve served in the military and been a military spouse. I have great respect for those who have served and for their families. This just grated for me.
Otherwise it made a sweet story of second chance romance. The hero and heroine were both likable. Other than very general PTSD symptoms it was skimpy on the. The nightmare was more realistic than the descriptions of the panic attacks.
I would read something by this author again, just not a book with a military man or woman unless I am assured that Ms.Willis has done more research.
Read more
One person found this helpful
Report abuse

Tcchunk33
4.0 out of 5 stars Just a bit more development please
Reviewed in the United States on 29 April 2020
Verified Purchase
The story was well written, that is for sure. I read the whole story but I guess it just wasn't totally my style. I feel like there needed to be more. I needed MORE plot points, MORE development and MORE romance. I felt like I was reading a lot of angst and longing, which is okay. I just was hoping that the drama between the sisters would get some resolution. Grace should have had a moment where she comes clean to her mother. The father could have added an interesting angle to the story, but really was only loosely mentioned. There also was very little about the procedure Cruz was going through and what is going on in his life now. It felt like I got one setting, one conversation topic and one goal. All of that was written well and done good, so that is why the high review. I just feel the story was only part of the real story or a loose outline. We don't really get any big time romantic moments with the two or even very much of their past. The flashbacks were tiny and basically just rehashed what was already said in present day. I think the author has talent and just needed to flush out those ideas that were hinted at in the book.
Read more
Report abuse

JLocke
5.0 out of 5 stars Top choice
Reviewed in the United States on 10 March 2020
Verified Purchase
What a sweet story! Grace became a kind and forgiving person because of the hurts she had endured growing up with a selfish mother and sister who couldn't see her value. You can't help but hope she can finally be loved by an equally great guy who returns with wounds from the war. The writing is top quality, as usual from Becki Willis, with dialogue that let's you feel the tears fall and the tentative smiles. The characters are so real I felt myself become angry and dread what hateful thing the mother and daughter would say next! Looking forward to more in this series.
Read more
2 people found this helpful
Report abuse
See all reviews
Back to top
Get to Know Us
Make Money with Us
Let Us Help You
And don't forget:
© 1996-2021, Amazon.com, Inc. or its affiliates