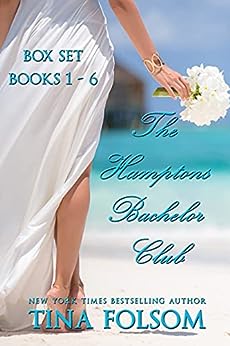 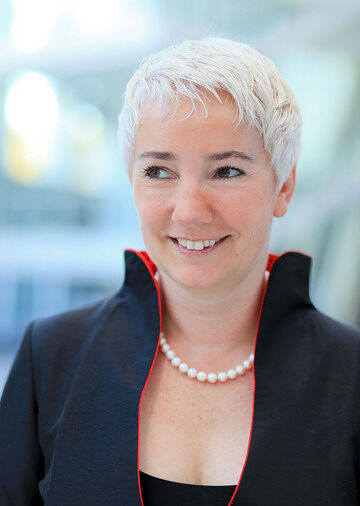 Tina's bestselling series, Scanguards Vampires, has sold over 1 Million copies worldwide. She has written over 40 books, which are published in English, German, French, and Spanish.

3.4 out of 5 stars
3.4 out of 5
3 global ratings
How are ratings calculated?
To calculate the overall star rating and percentage breakdown by star, we don’t use a simple average. Instead, our system considers things like how recent a review is and if the reviewer bought the item on Amazon. It also analyses reviews to verify trustworthiness.

Jamoz23
TOP 100 REVIEWER
3.0 out of 5 stars Read the box set through Kindle Unlimited.
Reviewed in Australia on 23 April 2021
SOME SPOILERS
Re-release of an old series.
I have read some of these books years ago under the series title ETERNAL BACHELORS CLUB and grabbed the first book last December, thinking it was a new series.
Seeing the box set of books 1-6 in Kindle Unlimited, I decided to make the effort and read them all. Unfortunately, the 7th book is not in Ku and written by a different author, not Ms Folsom.
The first three books are all about the same couple so you get HFN’s in books one and two.
Overall this is a quick and easy read, full of sex scenes, most of which I skipped over as there was just so many of them. It does have likeable characters but some things/behaviours happened which I rolled my eyes at.

1 - TEASING
Different and slightly unbelievable. Once I started this, I remembered reading it at some point in the past and investigation led to see it apparently had a different title and series name when I first read it a few years ago. It was also a serial, which I hate reading.
Review from back then missing.
This is book one in a serial of three about this couple, so only a HFN in this book.
Not quite sure about this as I just cannot see this plotline working, even though I liked the characters.
A young upcoming new lawyer, Sabrina covers for Holly, her sick friend and flat mate, by working Holly’s job as a paid escort for the night.
The one night I could sort of understand but not the doing it again because she was specifically requested. Is Sabrina going to cover for Holly every time Daniel requests her?
This is the same woman who thinks, her words exactly (She wanted her career to flourish, but she didn’t want to do it at the expense of her integrity.)
Cannot blame Daniel for thinking she was a prostitute. She behaved as one.
Did enjoy the way everything unravelled.
Not sure whether I applauded or deplored the fact it was all a calculated plan by Holly and Daniel’s friend Tim.
When it all blows up, Sabrina way overreacts of course, doesn’t listen to anyone. Uses a past experience as a crutch on why she cannot be with Daniel. This supposed trauma is never spoken off again.
Nice that sleazy Hanigan gets his but the firm weren’t at all bothered he had been sexually harassing the staff.

2 - ENTICING
This is book two in a serial of three about this couple, so only a HFN in this book.
Sabrina moves to New York to be with Daniel.
Unfortunately, Daniel doesn’t change his workaholic ways and isn’t being totally honest with Sabrina.
We get lots of other parties causing dissension and jealousy.
Audrey, the ex-girlfriend keeps popping up like a bad penny and causing problems.
It seems these two only have time for sex, anywhere, anytime but not much time to build a relationship to last and very little communication about anything important.

3 - BEGUILING
The final book wrapping up Sabrina and Daniels whirlwind romance.
And once again Daniel decides to hide the truth from Sabrina, leaving her to be blindsided by Audrey’s latest stunt to split them up.
Sex happens all the time instead of them talking about the problems and what is happening in their lives.
Then Sabrina does the noble sacrifice crap and calls off the wedding. What an idiot, no faith in Daniel.
And seriously, Sabrina’s father was a nasty and self-centred piece of work. Why did she want him to walk her down the aisle after his disbelief in her? Just didn’t feel he was a nice person, no matter his apology.
And as for letting all those people now attend the wedding who cancelled with flimsy excuses due to the story, just no way. Less people, less cost, more personal.
Glad their story is finished. It really should be condensed into one book.

4 - SCORCHING
Holly, the best friend, who actually was the escort from the previous books, has stepped back from that job to change her life goals.
She meets Paul, also someone we met in the previous books, at Sabrina and Daniels wedding. They hit it off and spend the night having sex
The next morning Paul finds out what Holly did for a living and is pretty disgusting in how he treats her.
Weeks later and Paul convinces Holly to be his pretend girlfriend for a family affair.
Holly only agrees after Paul offers to pay her enough money for her to start her own business.
Throw in the fact Holly is pregnant by Paul and you have a very strange story.
I did find it sad how Holly is outed by a past client at the party but Holly will always have the stigma of her past shadowing her. So how is that not going to affect Paul’s business going forward?

5 - ALLURING
Liked Tara and Jay and found this enjoyable until near the end when her parents arrived at the boat.
What is it with some people. They had Jay arrested but were suddenly all welcome to the family, once they knew he had money.
Another parental a-holes set in this series, being forgiven for being a-holes of the first order. Me, I hold a mean grudge.
Would have just liked Tara to be more independent of her parents. She is still living off them and it makes her seem young.

6 - SIZZLING
Entertaining enough with everything happening re the investment fraud side.
I just found it silly how gullible Rochelle was.
Especially as she is an investigator for the SEC. That is no job for wimps.
But she just accepts, without a lot of questions, her brother paying back the money he borrowed, due to suddenly no longer being in debt to a loan shark. No one gets out from under a loan shark so easily.
Then she doesn’t question how the evidence against Zach, just landed in her lap. Not very good investigating on her part.
The ending was just too weak. Really, another woman went to all this trouble to make Zach hubby number four.
Read more
Helpful
Report abuse
See all reviews
Back to top
Get to Know Us
Make Money with Us
Let Us Help You
And don't forget:
© 1996-2021, Amazon.com, Inc. or its affiliates