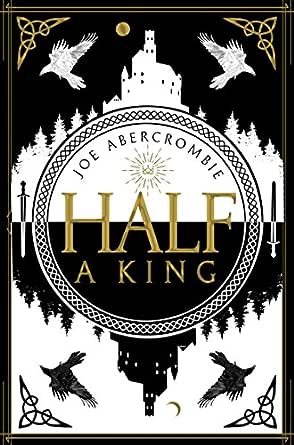 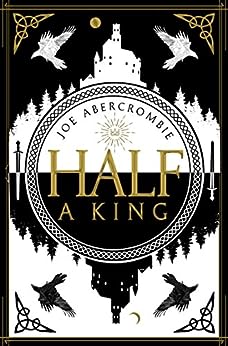 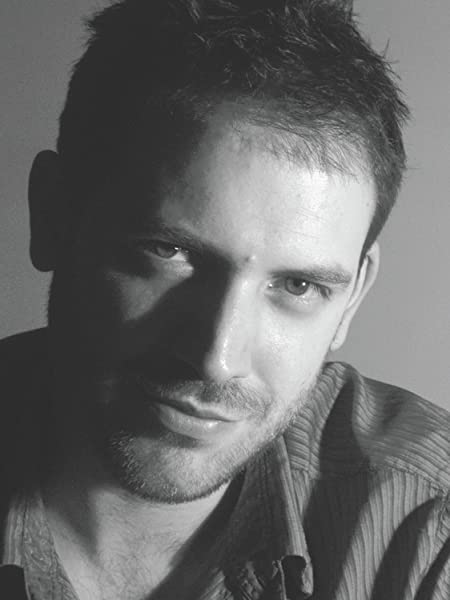 ‘This is my favourite Abercrombie book yet’ PATRICK ROTHFUSS

‘Joe Abercrombie is fast becoming my favourite writer. HALF A KING is a remarkable achievement ― thrilling, enthralling, and relentless. The action is frenetic, the characters are as sharp as the blades they wield, and the humour is biting. It's sure to garner him a whole new legion of fans’ DEREK LANDY

‘Perhaps his most technically proficient novel yet, I dare you to read the first chapter and try not to turn the next page. Some wondered if what makes Joe Abercrombie so different would survive the transition to YA. Abercrombie fans, have no fear: Polished and sharp, the un-adult-rated Abercrombie is still unadulterated Abercrombie’ BRENT WEEKS

‘HALF A KING can be summed up in a single word: Masterpiece’ MYKE COLE

‘With eye-popping plot twists and rollicking good action, HALF A KING is definitely a full adventure’ RICK RIORDAN

‘A fast-paced tale of betrayal and revenge that grabbed me from page one and refused to let go’ GEORGE R.R. MARTIN

Prince Yarvi has vowed to regain a throne he never wanted. But first he must survive cruelty, chains and the bitter waters of the Shattered Sea itself. And he must do it all with only one good hand.

Born a weakling in the eyes of his father, Yarvi is alone in a world where a strong arm and a cold heart rule. He cannot grip a shield or swing an axe, so he must sharpen his mind to a deadly edge.

Gathering a strange fellowship of the outcast and the lost, he finds they can do more to help him become the man he needs to be than any court of nobles could.

But even with loyal friends at his side, Yarvi’s path may end as it began – in twists, and traps and tragedy…

Greggorio!
TOP 50 REVIEWER
4.0 out of 5 stars "A KING MUST WIN. THE REST IS DUST..."
14 November 2014
Format: Kindle EditionVerified Purchase
This is my first Joe Abercombie book and it won’t be the last. In fact, it is sure to be the first of many. HALF A KING commences with treachery. A young boy destined and keen to join his holy order is forced by fate to rule a kingdom after his father and brother are killed in battle. The book starts off with a deep sense of melancholy and immense sadness as we learn and witness of a foreign culture’s form of goodbye to the dead. Even by the end of part one, treachery has returned in the most unlikely of forms but men – and boys – destined for greatness stand up to be counted and the hero of this book – the young Master does not let this particular tradition of the fantasy genre down. Or his family. Or, indeed, himself. The book is as beautifully created as is the world the story is set in. Just about every page provides the reader with a small piece of vital information concerning the world, its inhabitants as well as its culture. The plot sails along with the force of a gale behind it and the plot twists and turns like the mighty Amazon (!) river. Characterisation is excellent. Emotions run high even by the end of chapter one and will continue to be held vice like with every chapter you complete until you reach book’s end.

I have heard the claim that this author is world class. Having read just this single tome from the great man I am inclined to agree. His talent oozes from the page with every word. I am therefore super keen (obviously) to read the rest of the trilogy as well as race to the power switch of my kindle in order to purchase and download his entire back catalogue.

A solid four stars from me.

"A man swings the scythe and the axe, his father had said. A man pulls the oar and makes fast the knot. Most of all a man holds the shield. A man holds the line. A man stands by his shoulder-man. What kind of man can do none of these things?"

Yarvi is the youngest prince of Gettsland, born with one crippled hand, he was trained for a life in lores and herbs rather than to rule. When his father and elder brother are murdered, Yarvi – who was always told he’s only half a man – must step up and become a king. Before he is able to appreciate the enormity of leading this warrior nation, he’s betrayed and sold into servitude (I admit, here my mind also wandered towards a Half A King/Captive Prince cross over, haha), and a whole different struggle begins.

“I swore an oath to avenge the death of my father. I may be half a man, but I swore a whole oath.”

My favourite thing about Half A King is definitely its cast of characters and how fully realised they all were. Firstly, we have Yarvi: who rises above his disability and grows into his own person through the book by relying on his wit. His rise in a society that values brain above brawns was so delightful to watch. It also gave me warm fuzzies to see him make friendship in unlikely places and inspire loyalty in the least likely places. Yarvi’s no typical hero, he had no strength of body nor bravado – but he’s a damn interesting one that you could really root for. Plus, it helps that he’s totally hilarious! I like my men with a sense of humour.

‘Laithlin, the Golden Queen!’ She spoke the name like a magic spell. ‘They say she’s owed a thousand thousand favours, that a debt to her is a matter for pride. They say her word is valued higher than gold among merchants, because gold may go down in worth but her word never does.’

Aside from Yarvi, I also adored the many strong women featured in the story. I loved Laithlin, Yarvi’s mother, bargainer extraordinaire in all her manipulative glory. I loved Sumael and her unwavering sense of direction: both physical and personal. I even loved pirate and slave owner Shadikshirram and all her swagger. Can’t wait to see more of these awesome women in future installments. Other side characters were also well developed, especially the friends Yarvi made during his days as the oarsmen. Nothing is an especially interesting figure, but the less I say on that, the better for those who have not read the book.

2. The Writing and The Pacing

“The fool strikes. The wise man smiles, and watches, and learns. Then strikes.”

I finished this book in one day, I also happened to work 12 hours on that day – I think it only took me 3 hours to devour the book because the pacing was amazing. There was constant momentum in the plot, and pushing it along was Joe Abercrombie’s beautiful writing. This book is so damn quotable, chockful with gorgeous quotes and wisdom from the crafty-minded such as, here are some of my favourite examples:

He gave them songs of love lost and love found, of high deeds and low. The Lay of Froki, so cold-blooded he slept through a battle, and the song of Ashenleer, so sharp-eyed she could count every grain of sand on a beach. He sang of Horald the Far-Travelled who beat the black-skinned King of Daiba in a race and in the end sailed so far he fell off the edge of the world.
The wise minister picks the greater good, the lesser evil, and smooths the way for Father Peace in every tongue.
The writing has to be experienced in person to be appreciated, though. I think I’m going to slavishly collect all of Joe Abercrombie’s books now.

3. It Leaves You Reeling & Wanting More

“A tale of blood and deceit, of money and murder, of treachery and power.”
“The only sort I enjoy. Has it elves in it? Dragons? Trolls?”
Yarvi shook his head. “People can do all the evil we’ll need.”

Aside from wanting to see more of the characters and the writing, as I mentioned above – this book also leaves me curious about the world it’s set in. It seems to be based around Viking (IDK enough to make this call certainly, for shame) society, and I would love to see more of the High Kings as well as the other territories mentioned by Sumael.

Though the book ties off most of its plotlines neatly by the last pages, there’s multiple threads left hanging and two characters who went off in very unexpected directions. I love the ceaseless twists in this tale, it’s uncommon for me to be surprised in a book – so having it happen multiple times in one book? Awesome! Can’t wait to dive right back into the sequel.
Read more
One person found this helpful
Helpful
Comment Report abuse

Pamela Taylor
TOP 1000 REVIEWER
5.0 out of 5 stars Terrific
20 October 2017
Format: Kindle EditionVerified Purchase
So sorry to finish this book. Just loved the storyline and how it developed, never felt bored and also loved the characters and the humour amidst the cruelty, just great can't wait to read more by this author.
Read more
Helpful
Comment Report abuse

Jackson Blair
4.0 out of 5 stars fast paced action fantasy
31 August 2019
Format: Kindle EditionVerified Purchase
This story is perfect for a light read while travelling. There isn't a lot of detail or complex politics and the story reminds my of Ben Hur, but otherwise it has some amusing moments and nice twists and turns with a interesting writing style. It is consistent throughout. Can recommend.
Read more
Helpful
Comment Report abuse

Anne Griffin
4.0 out of 5 stars Half a King
21 June 2018
Format: Kindle EditionVerified Purchase
It was a little slow to start, but then I couldn’t put it down. Very good mind te author has.
Read more
Helpful
Comment Report abuse
See all 27 customer reviews
Write a customer review

Go to Amazon.com to see all 856 reviews 4.2 out of 5 stars
Get FREE delivery with Amazon Prime
Prime members enjoy FREE Delivery and exclusive access to movies, TV shows, music, Kindle e-books, Twitch Prime, and more.
> Get Started
Back to top
Get to Know Us
Make Money with Us
Let Us Help You
And don't forget:
© 1996-2020, Amazon.com, Inc. or its affiliates