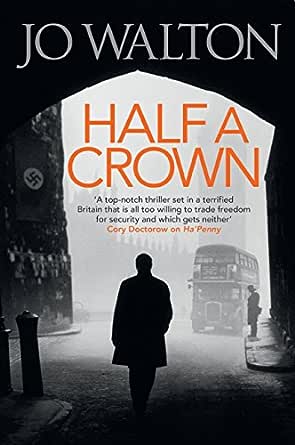 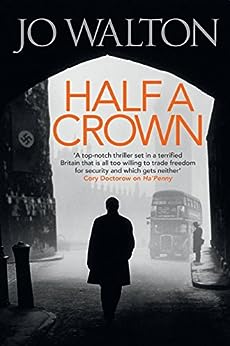 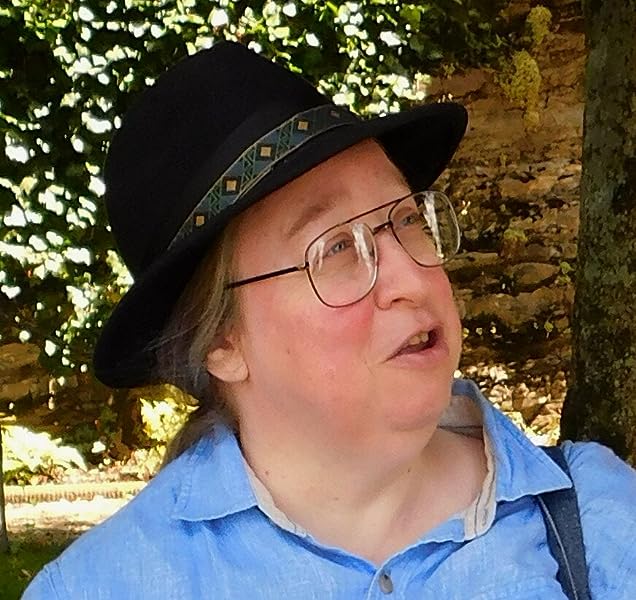 "Walton's understated prose and deft characterizations elevate this above similar works such as Fatherland and SS-GB." --Publishers Weekly "Stunningly powerful.... A standout. Mainstream readers should be enthralled as well." --Publishers Weekly, starred review, on Farthing "If le Carré scares you, try Jo Walton." --Ursula K. LeGuin on Farthing "A subversive, trenchant and simultaneously dark and light piece of speculative fiction. Can I get an amen? ...The parallels between her Britain and today's climate are never didactic and always effective. It's also a book about husbands and wives, and about class and sex. It is quite an achievement, brothers and sisters. Hallelujah." --Bookslut on Farthing "A stiff-upper-lip whodunit boasting political intrigue and uncomfortable truths about anti-Semitism." --Entertainment Weekly on Farthing "Walton realizes an all-too-convincing alternate world in which the Third Reich but not its spirit was stopped at the English Channel. The characters are highly plausible, and in every aspect from the petty snobbery hampering the inspector to the we-don't-do-that-here conclusion, the plot encourages warily reconsidering the daily news." --Booklist on Farthing "Amazing... One of the most compelling and chilling books of the year." --RT Book Reviews on Farthing "A beautifully-written alternate history thriller by World Fantasy Award-winner Jo Walton, Farthing is a smart, convincing tale of a country's slide into fascism that's sure to entertain casual and genre readers alike." --Cinescope on Farthing --This text refers to the paperback edition.

Jo Walton comes from Wales but lives in Montreal, where the food and books are much better. She writes science fiction and fantasy, reads a lot, talks about books, and eats great food. She plans to live to be ninety-nine and write a book every year. --This text refers to the digital edition.

Walton's understated prose and deft characterizations elevate this above similar works such as Fatherland and SS-GB. - Publishers Weekly --This text refers to the paperback edition.

4.6 out of 5 stars
4.6 out of 5
43 global ratings
How are ratings calculated?
To calculate the overall star rating and percentage breakdown by star, we don’t use a simple average. Instead, our system considers things like how recent a review is and if the reviewer bought the item on Amazon. It also analyses reviews to verify trustworthiness.

Truth and Responsibility
5.0 out of 5 stars How things might have evolved in England in the 1930s
Reviewed in Australia on 18 November 2018
Verified Purchase
I've just reviewed "It Can't Happen Here" by Sinclair Lewis. This book (and the two preceding books In the "Small Change" trilogy) is that story as it might have played out in England. Jo Walton has convincingly described how ordinary people will accept the deprivation of the liberty of others and carry on as if nothing was wrong. Martin Niemöller's "First They Came..." is a poem that describes how the process works, until suddenly it's you who is being arrested because of something someone said about you to someone in authority. A frightening decay of civilisation, conducted in the name of "security".
Read more
Helpful
Comment Report abuse
See all reviews

John Hopper
4.0 out of 5 stars good conclusion to the trilogy but with an implausibly fast resolution
Reviewed in the United Kingdom on 13 February 2016
Verified Purchase
This is the final novel in the author's Small Change trilogy set in an alternative post-Second World War historical setting where Britain made peace with Hitler after the Blitz and an authoritarian right wing government leads the country, cracking down on dissent, and sending Jews to the continent. It is now 1960. The central character is again Peter Carmichael, who is head of the Watch, a form of secret police, but in reality is using his position to smuggle Jews out of the country to relative safety in Ireland, or greater safety in Canada or Australia. Much of the novel concerns the doings of Carmichael's ward, Elvira Royston, who gets innocently caught up in various political machinations, but then at the end provides the key to what I thought was a rather implausible and sudden denouement to the novel in which the regime is finally overthrown after she reveals crucial information to the Queen. This aside, the author describes very well the atmosphere of petty tyranny that various "mini-Hitlers" perpetrate in the rather grey post-war of the country.
Read more
Report abuse

Kenneth
4.0 out of 5 stars Enjoyable
Reviewed in the United Kingdom on 20 November 2019
Verified Purchase
A good read if a little over the top. It kept me reading to see how it would develop and finish
Read more
Report abuse

Kindle Customer
4.0 out of 5 stars Not the end I expected
Reviewed in the United Kingdom on 25 June 2015
Verified Purchase
A satisfying end to the trilogy if not quite what was expected.
Read more
Report abuse

Rosemary Holloway
5.0 out of 5 stars Jo Walton - Half a Crown
Reviewed in the United Kingdom on 12 August 2015
Verified Purchase
Excellent read. Purchased to complete the set for a friend living overseas.
Book dispatched to me quickly and well packaged.
Would purchase again.