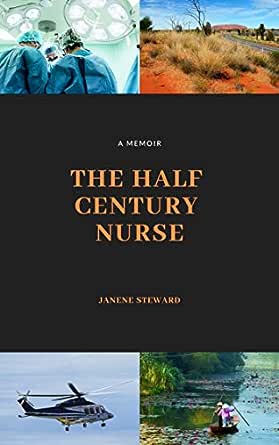 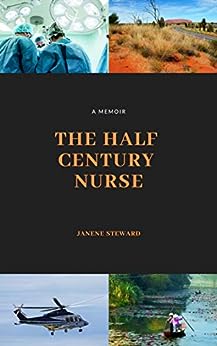 The Half Century Nurse: A Memoir Kindle Edition

Larraine Blayney
4.0 out of 5 stars Like a conversation
Reviewed in Australia on 25 February 2019
Verified Purchase
Janene writes as if she is conversing directly to you, which is a familiar & comfortable enclave in which to experience the colourful career she has had. Smoothly flowing with grit & humour. I very much enjoyed these memiors.
Read more
Helpful
Comment Report abuse

Fr. Robert J. Kus, RN, PhD
5.0 out of 5 stars Inspirational Memoir of an Amazing Nurse
Reviewed in the United States on 28 January 2020
Verified Purchase
This is a memoir of a woman who served humanity as a nurse for a half century. After Janene takes us through her nursing education years, she talks about her work in operating room nursing in Australia and then in England. But in time, she also became a Nurse Midwife and added that to her repertoire of skills.
The book discusses the wonderful colleagues she had in nursing and medicine through the years, as well as those who were less-than-great. I was especially delighted with her descriptions of Graham, an ideal husband.
The memoir also takes us to Vietnam where Janene worked with incredibly poor people in very primitive conditions. But despite the environment in which she found herself, she continued to work doggedly. When someone asked her why she did what she did under such conditions, she thought long and hard before answering, “I want the words ‘she cared’ written on my epitaph.”
In the final part of the book, Janene discusses her nursing experiences with indigenous Australians in very rural areas.
Although her experiences are worth the memoir in and of themselves, I was most impressed with Janene’s values: hard work, resiliency; flexibility; cultural sensitivity; sense of humor; and balance in life.
Even though the book is a bit rambling at times, it deserves a 5-star rating.
Read more
Helpful
Sending feedback...
Thank you for your feedback.
Sorry, we failed to record your vote. Please try again
Report abuse

Amazon Customer
5.0 out of 5 stars Great read
Reviewed in the United States on 1 March 2019
Verified Purchase
I have had the pleasure of working with Janene with some of her words resonating in all remote nurses (RAN’s) enjoy retirement
Read more
Helpful
Sending feedback...
Thank you for your feedback.
Sorry, we failed to record your vote. Please try again
Report abuse