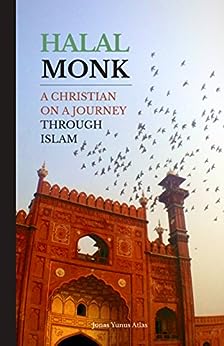 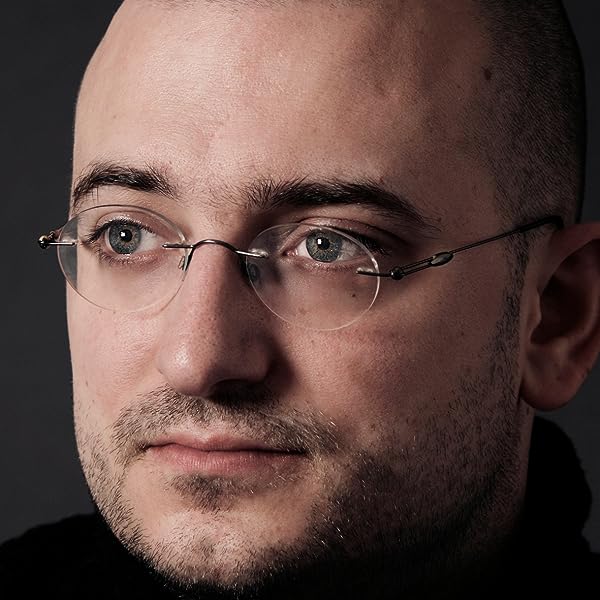 Halal Monk: A Christian on a Journey through Islam Kindle Edition

by Jonas Yunus Atlas (Author) Format: Kindle Edition
See all formats and editions
Sorry, there was a problem loading this page. Try again.
To acquaint himself with the soul of Islam J.Y. Atlas had openhearted conversations with influential Muslim scholars and artists. From Jakarta to New York, this Christian theologian met with imams and Sufis, academics and feminists, punkers and poets. The result is a book full of novel insights that will help us to transcend today's cultural and religious impasses.

This book collects his most fascinating dialogues at the intersection of culture, society and religion. In between those conversations, some extra light is shed on key concepts of the Islamic tradition and their relevance for today's debates.

Topics as diverse as quranic exegesis, islamic mysticism and islamic feminism are all treated in a nuanced manner. Difficult subjects like islamic fundamentalism and jihad, aren't circumvented but placed within their context and clarified. Aspects of the islamic faith like sharia and ijtihad are explained and juxtaposed with the Christian tradition.

'Halal Monk: A Christian on a Journey through Islam' is one of the most insightful and honest books on Muslim culture, spirituality and theology. A must read for anyone who wants to have a better grasp of the place of islam in the modern world.

"Profound understanding among Muslims and Christians is critical for civil health of the 21st century, and this book points in a promising direction." - Rev. William E. Swing, Founder of URI and Former Episcopal Bisshop of California.

"The interviews and reflections in this book offer sensitive, clear and extremely interesting insights into Islam and Islamic thought. The opportunity to 'listen in' on the author's conversations is a distinct privilege." - Marie Dennis, co-president of Pax Christi International and former director of the Maryknoll Office for Global Concerns.

ON THE CROSSROADS OF TRADITION AND MODERNITY
Islam
Feisal Abdul Rauf on faith, fear and love
Iman
Cyrus McGoldrick on activism, identity and righteous anger
Ihsan
Peter Sanders on images of Islam

NORMATIVE ISLAM
Adhan
Dr. D. Latifa on our religious subconscious, the problem of Petro-Islam and the disappearance of mysticism
Salam
Abida Parveen & Muazzam Fateh Ali Khan on the rhythmic heart of religion
Fana
Abdulwahid Van Bommel on Rumi and the secret of his Masnavi

Jonas Atlas is a scholar and peace activist from Belgium. He writes and lectures on religion, mysticism and social justice. Though rooted within the Christian tradition, although, for many years, he also immersed himself into various other traditions from Buddhism to Islam.

After his studies in philosophy, anthropology and theology at different universities he thus became active in different forms of local and international peace work. He currently works at Kif Kif, a Belgian NGO which fights discrimination, struggles for equality and strengthens the quest for a righteous society.

Combining his academic background with his experience in activism, also initiated the Halal Monk project. During this three year long ‘journey of a Christian through Islam’, he engaged in openhearted dialogues with influential scholars, artists and activists from the Islamic world. Originally an activist theological web project (www.halalmonk.com), the most important interviews were gathered in a Halal Monk book, which, in 2015, won the Belgian Religious Book of the Year audience award.

Jonas continued to research several themes on the crossroads of modernity, religion, conflict and media. He published various articles on these topics in various magazines and on several websites.

Bartholomeus Ramakers
5.0 out of 5 stars Fascinating page-turner
Reviewed in the United Kingdom on 5 April 2015
Verified Purchase
This book is a highly readable introduction in the diversity of Islam, as well as a fascinating dialogue with a number of modern islamic thinkers, musicians, female rights activists, writers etc. Jonas explains complex matters in a very understandable and even entertaining way. He pleads for more dialogue, more room for spirituality, more diversity for Muslims, Christians and all other men of good will, as this is the only way to transcend the actual perceptions about the "clash of cultures" in popular media all over the world. As you discover one eye-opener after another, you'll find yourself turning page after page to find more and more enlightenment.
Read more
3 people found this helpful
Report abuse

Frederic De Meyer
5.0 out of 5 stars Impactful read in so many ways!
Reviewed in the United States on 27 February 2015
Verified Purchase
This is a work to be treasured, now more than ever. Whether you know Islam or not, reading the opinions of such a variety of thinkers and believers, each with their own vision of their belief, offers a perspective on Islam that is seldom heard.

The writer, a catholic, engages in a journey to uncover aspects of Islam in an original yet highly insightful way. Highlighting each aspect separately, and then engaging in a dialogue about it with religious leaders, musicians, linguists, etc... what a revealing and intriguing journey this proves to be!

But the true nature of this book is perhaps not –solely- to obtain a better understanding of Islam. As the writer says so rightfully in the introduction: “the true nature of sincere dialogue above all lies in the courage to confront the self”. A lesson often forgotten by today’s intellectual elite. This book should inspire them –and anyone- to have real dialogues again, especially with people from different opinions.

It certainly inspired me, in so many ways....

DOYLE
1.0 out of 5 stars A CHRISTIAN???, on a journey!
Reviewed in the United States on 20 February 2015
Verified Purchase
I chose the rating because the book was not enjoyable to me. Described Islam as a religion of love and peace but never dealt with explaining all of the slaughtering of their own people in the name of Muhammad.
Read more
2 people found this helpful
Report abuse
See all reviews
Report an issue
Does this item contain inappropriate content?
Report
Do you believe that this item violates a copyright?
Report
Does this item contain quality or formatting issues?
Report