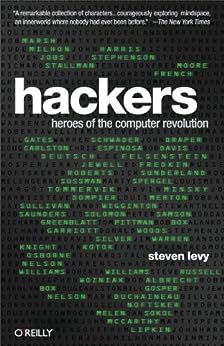 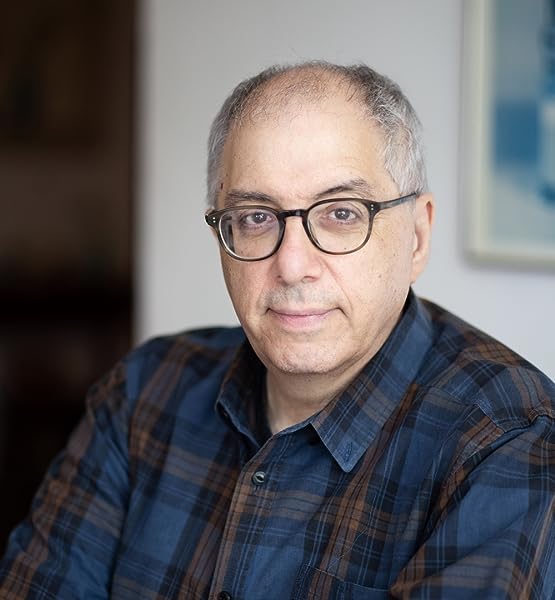 Steven Levy is a senior writer for Wired, and formerly the chief technology writer and senior editor for Newsweek. Levy has written six books, including Crypto (Penguin), and has had articles published in Harper's, Macworld, the New York Times Magazine, the New Yorker, Premiere, and Rolling Stone. --This text refers to an alternate kindle_edition edition.

Levy is editor at large at Wired. Previous positions include editor in chief at Backchannel; and chief technology writer and a senior editor for Newsweek. In early 2020, his book &quot;Facebook: The Inside Story&quot; will appear, the product of over three years studying the company, which granted unprecedented access to its employees and executives. Levy has written previous seven books and has had articles published in Harper's, Macworld, The New York Times Magazine, The New Yorker, Premiere, and Rolling Stone. Steven has won several awards during his 30+ years of writing about technology, including Hackers, which PC Magazine named the best Sci-Tech book written in the last twenty years and, Crypto, which won the grand eBook prize at the 2001 Frankfurt Book festival. &quot;In the Plex,&quot; the definitive book on Google, was named the Best Business Book of 2011 on both Amazon and Audible.

4.5 out of 5 stars
4.5 out of 5
272 global ratings
How are ratings calculated?
To calculate the overall star rating and percentage breakdown by star, we don’t use a simple average. Instead, our system considers things like how recent a review is and if the reviewer bought the item on Amazon. It also analyses reviews to verify trustworthiness.

Adam
3.0 out of 5 stars Good but too short
Reviewed in Australia on 22 April 2020
Verified Purchase
Very enjoyable little book to read. But it stops just as it feels like it should be getting started! Guess I will need to find more books on computer history elsewhere.

Mole
4.0 out of 5 stars This is where it started
Reviewed in the United Kingdom on 10 January 2011
Verified Purchase
If you work within the field of computing and have an interest in how and why things have developed the way they have, then this book is one that you really should get. In this context, "Hacker" is not a perjorative term; it does not refer to the people that set out to maliciously damage systems, but rather to those that tried to understand how and why things work they way they do, by deconstructing them, and then trying to make them work more efficiently.

The author provides details of how many of the pioneers of modern computing honed their skills; the relationships between the various people and also tries to give an insight into their thinking. It's clear that in many cases, no-one was particularly driven to go down a particular route, they were just trying to see what they could do. It's equally clear that some of the development was as the result of external forces from people that probably knew little if anything about the potential of the coming computer revolution.

The book can seem a bit lengthy; the author has tried to highlight the activities a very large number of people that were active through the first few decades of the modern computing era. But it is a very worthwhile read.
Read more
2 people found this helpful
Report abuse

A. I. Mackenzie
5.0 out of 5 stars Excellent computing history
Reviewed in the United Kingdom on 29 January 2016
Verified Purchase
This is now a classic, I read it in the early nineties first and this is an updated version.
It follows various eras of computing the early pioneers in the fifties labs (Cambridge, Boston), the Homebrew era in Northern California and finally home games programming in the 80s. My favourite era is the homebrew one that led to Apple computers.
The writing is consistently entertaining and there's a lot of historical detail. I reread this on my kindle recently and enjoyed it the second time.
Read more
One person found this helpful
Report abuse

la Plume de ma Tante
5.0 out of 5 stars An extraordinary account of the growth of the home computer.
Reviewed in the United Kingdom on 9 January 2014
Verified Purchase
If you thought the term 'Hackers' had anything to do with computers you were mis-informed - but they invented the entire industry, bootstrapping it from skills learned from people running the early mainframe computers while on the search for components for their giant train set. Amazingly detailed, Steven Levy has lived and worked among the generation of geeks who became the household names from Microsoft and Apple, the games houses and software companies that are now world wide big business. And with the development of the Raspberry Pi it might be starting all over again!!
Read more
Report abuse

Boso
5.0 out of 5 stars How Computers developed from the middle of the 20th century to what they are now
Reviewed in the United Kingdom on 28 June 2017
Verified Purchase
Best non fiction story you will buy relating to computers.
Read more
One person found this helpful
Report abuse

N. Rudd
5.0 out of 5 stars Fantastic
Reviewed in the United Kingdom on 2 August 2017
Verified Purchase
Fantastic book. Hard it in paperback but now on kindle. A great read
Read more
One person found this helpful
Report abuse
See all reviews
Back to top
Get to Know Us
Make Money with Us
Let Us Help You
And don't forget:
© 1996-2021, Amazon.com, Inc. or its affiliates