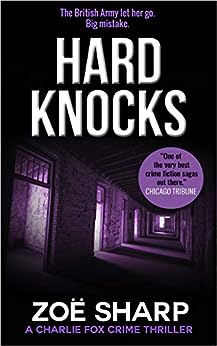 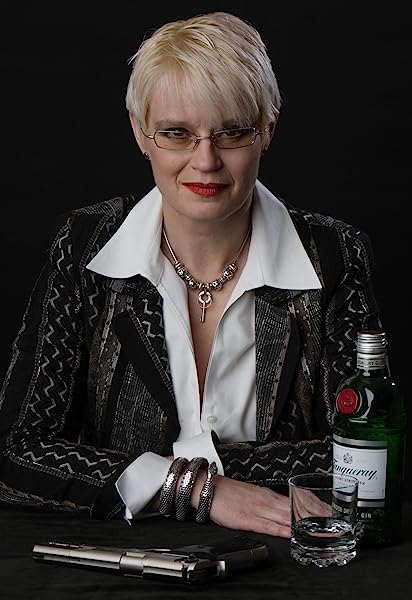 An exciting, entertaining first novel --This text refers to an out of print or unavailable edition of this title.

Zoe Sharp became a freelance photojournalist in 1988 and wrote the first of her highly acclaimed Charlie Fox crime thrillers after receiving death-threat letters in the course of her work. Her novels have been nominated for multiple awards in the United States and the UK. She lives in the English Lake District." --This text refers to the paperback edition.

BCB & More
4.0 out of 5 stars Brilliant
Reviewed in the United Kingdom on 25 April 2013
Verified Purchase
I recently finished book 2 of the Charlie Fox series by Zoe Sharp and couldn't help myself by going straight on to book 3. For those that aren't familiar with Zoe Sharp she is a female author that has now written 10 books in a series featuring Charlie Fox. Charlie is ex-special forces who moved onto self-defence training and then on to working at a gym. For those of you that want to read the series in order maybe don't read my review as inevitably the series has moved on and it may spoil the plots for the first and second books.

At the end of book 2 Charlie had run into her ex-comrade and lover Sean Meyer. In this book Sean returns and asks Charlie if she will help him find out what happened to Kirk Salter following an accident at an elite bodyguard training school in Germany. Charlie feels obliged to help even though she didn't care for Salter, but feels she owes it to Sean to find out how Salter got killed. With that in mind Charlie sets off to pose as a Student at the training school and from the outset the reader soon realises things are not going to be easy for Charlie.

I really like Charlie as a character and in this book I feel like I am more attached to her as the author has drip fed readers small details about her past as the books continue. As Charlie arrives at the Bodyguard Training centre I felt almost out of breath as I read about the challenges presented to the students. Zoe Sharp has a way with words, literally! You feel like you are along for the ride with Charlie and can't help but wince as she takes some risky chances in her quest to find out about Salter.

I don't want to include spoilers, but I can't fail to mention the Sean Meyer side to this story. Of course with he and Charlie having history there is some what of an underlying romance feel to this book which I like because we get to see the other side to Charlie. Having said that before all you blokes (and some women) turn your nose up; trust me when I say it's done brilliantly. There is still plenty of action, torture, mystery and intrigue to keep the pages turning without the `romantic' element over-riding it. As usual I found myself racing through the last quarter just having to find out what was going on. I also found myself hastily ordering books 4, 5 and 6 in preparation for the next Charlie Fox leg of my reading.

I am trying desperately not to launch straight into book 4 as I have a stupidly long to read list. However, I find myself thinking I don't really care, I just want to see what happens next. Who knows, maybe the next review will be along sooner than I think. A brilliant series that seems to get better with each book and I can't wait for the next one. A book and series that I would highly recommended.
Read more
Report abuse

Charlie K
5.0 out of 5 stars Anoter unputdownable book!
Reviewed in the United Kingdom on 26 April 2012
Verified Purchase
I found these books by chance and cannot put them down!

This story is set in a Close Protection Training School in Germany, totally different to the last 2 books. There are twists and turns all the way through and you just aren't sure who to trust.

The writing style is brilliant, the characters totally believable and you find yourself rooting for Charlie the whole way.

The best thing about these books is that the second you finish one you can download the next :)
Read more
Report abuse

B. J. Warner
5.0 out of 5 stars Charlie Fox does it again
Reviewed in the United Kingdom on 4 July 2013
Verified Purchase
This is the third book in the series. If you enjoyed the first two books I am pretty sure you will like this one. Charlie shows the right balance od toughness and vulnerability. In case you don't know already Charlie - short for Charlotte - is female. She has been described as the female Jack Reacher. Not a spot on description but not bad for a first approximation. Anyway a jolly good read, action packed and a decent plot. .
Read more
Report abuse

Lionel S.
3.0 out of 5 stars Charlie Fox at her best
Reviewed in the United Kingdom on 16 May 2016
Verified Purchase
brilliant Charlie Fox at her devastating best the more Zoe Sharp books i read the more i am getting hooked her writing is very descriptive and her story lines will keep you guessing as soon as i finish one book i am looking for the next
Read more
Report abuse

Charlie
5.0 out of 5 stars i love these books
Reviewed in the United Kingdom on 5 February 2015
Verified Purchase
Finally a female heroine that is just on the right side of believable. I just finished this, the third book about Charlie Fox, and i need to go buy the next one. These books are so well written, the plot moves along, you can see something is about to happen, but you are never quite sure what and when it will all explode, you just know its about to.
I really recommend these books, they are brilliant.
Read more
Report abuse
See all reviews
Back to top
Get to Know Us
Make Money with Us
Let Us Help You
And don't forget:
© 1996-2021, Amazon.com, Inc. or its affiliates