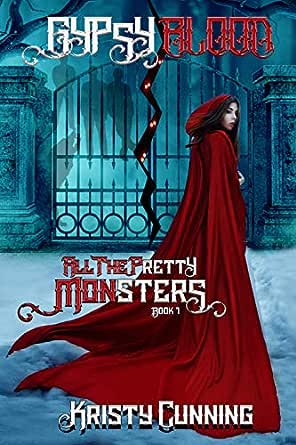 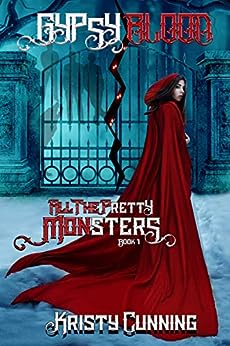 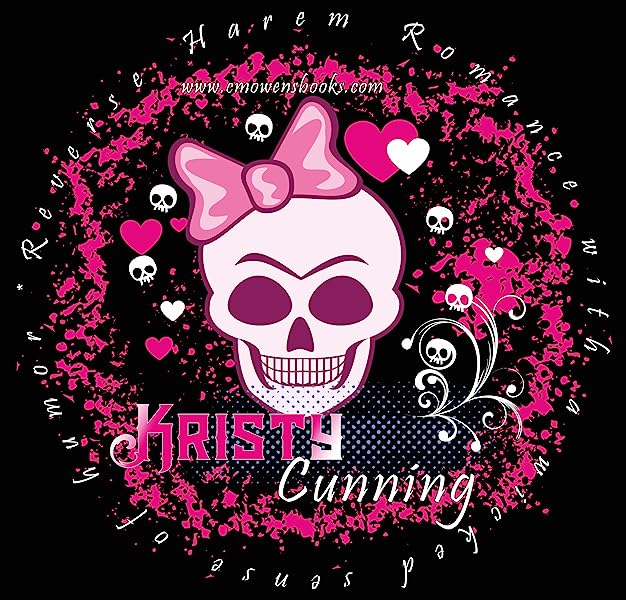 4.7 out of 5 stars
4.7 out of 5
721 global ratings
How are ratings calculated?
To calculate the overall star rating and percentage breakdown by star, we don’t use a simple average. Instead, our system considers things like how recent a review is and if the reviewer bought the item on Amazon. It also analyses reviews to verify trustworthiness.

Amazon Customer
4.0 out of 5 stars Good story
Reviewed in Australia on 17 March 2019
Verified Purchase
I very much liked the characters and story, but I think the writing needs improving. There is a few spelling typos, and a few times it was hard to understand what was happening, in terms of are the characters moving around. I found a few scenes I had to reread to understand how they got there. I think this might be due to the author not breaking up the paragraphs for new scenes.
Read more
One person found this helpful
Helpful
Report abuse

Isobel
4.0 out of 5 stars Nearly perfect, but for the pacing
Reviewed in Australia on 14 May 2019
Verified Purchase
I enjoyed the book very much and would highly recommend it. This book would have been perfect were it paced slower at the start. It was hard to follow in the beginning with the fast pace and dialogue info dumping that did not explain anything. Add in the insane ghost that made random comments every other line and you have the recipe for immense confusion. BUT in the second half of the story some of the layered information started to apply to story events and the pacing eased up, making for an interesting and engrossing read.
Read more
One person found this helpful
Helpful
Report abuse

Cassandra Cobb
4.0 out of 5 stars "I really do hate you, and your cobwebbed vagina"
Reviewed in Australia on 21 March 2019
Verified Purchase
Think Red Riding Hood meets the world of Gypsy's. Enter a naive woman, who plays games with monsters that go bump in the night. Add a slightly loony ghost, who comes up with some hilarious lines. Mix in a few sexy men. And you have Kristy Cunning's basis for Gypsy Blood.

I like that we get a fleshed out story and it's very much about character build rather than romantic/steamy scenes, something a bit refreshing from so many other RH stories out there.

Amazon Customer
5.0 out of 5 stars Speechless
Reviewed in Australia on 27 April 2020
Verified Purchase
I've been a long time fan of this author and have loved everything she has written and I've read so far.

The books starts by introducing all the main character to the story quite quickly but then that's it. The more I read the more curious I was to the back story and where she (the author) was leading to.

If you enjoy reading a book about all that goes bump in the night, werewolves, vampires, and monster oh my, this is for you ❤
Read more
One person found this helpful
Helpful
Report abuse

Leisha Andrews
TOP 500 REVIEWER
5.0 out of 5 stars Brilliant series
Reviewed in Australia on 18 June 2019
Verified Purchase
OMG another great book from Kristy Cunning AKA CM Owens! Brilliant! Amazing! Awesome! Absolutely love this series. It was just awesome and I am never ready for the book to end - I just want to keep reading. It is another series on my re-read pile! Just awesome
Read more
One person found this helpful
Helpful
Report abuse

SMar
4.0 out of 5 stars Great
Reviewed in Australia on 30 December 2018
Verified Purchase
Loved this book. It’s was a slow burn, meaning it took awhile but by the end you need the next one. Can’t wait for number 2, this series is going to be awesome
Read more
2 people found this helpful
Helpful
Report abuse

Michelle Murphy
TOP 500 REVIEWER
5.0 out of 5 stars Enthralling
Reviewed in Australia on 31 December 2018
Verified Purchase
I loved this story. The characters were entertaining and funny, I especially loved Anna. The storyline was captivating, I couldn't put it down. It was a funny story and I desperately want to read the next one.
Read more
One person found this helpful
Helpful
Report abuse

Jimma
5.0 out of 5 stars Love it
Reviewed in Australia on 17 December 2018
Verified Purchase
Omg I love it it's amazing u have done it again can't wait for book 2 I really really need book 2
Read more
One person found this helpful
Helpful
Report abuse
See all reviews

Jodie-Leigh
5.0 out of 5 stars I'll Be Needing More Of That
Reviewed in the United Kingdom on 16 December 2018
Verified Purchase
What an amazing start to a very promising series!! Adored everything about this book, from the quirky pathological lying ghost, to the hot as all get out dudes that I wanna steal away and keep for myself. The MC is funny, vulnerable and just a genuine pleasure to read about. The story is unique and different, and has to be placed in my top five of the best reads of this year. I'm so excited for the next book!

Did I do a happy dance when I read the next book will be released in three weeks? Yes. Yes I did.
Did I care that my dog was glaring his judgemental glare at me? No. No I didn't.
Read more
14 people found this helpful
Report abuse

Crinkly
2.0 out of 5 stars Couldn't follow the plot, the characters or the conversation
Reviewed in the United Kingdom on 14 March 2019
Verified Purchase
It was quite a bizarre experience.
As if everyone was speaking in code. I could read an entire conversation and reach the end without having a clue which of the (almost identical) stroppy male characters was speaking, or what the point of the conversation had been.

The heroine bumbles about allowing everyone to hoodwink her.
The men are utterly interchangeable. In fact, I reached the end with only a very vague clue about the 'monster' characteristics of each of them, and lost track of their names very early on.
It really didn't help that the narrator changed rapidly from person to person, and all the men spoke with exactly the same 'voice'.
I just about worked out which man was which monster, mainly because the werewolf was such a fool. And one of them was a Van Helsing. But all the supposed 'explanations' of the monster qualities just made things more confusing.

It was like reading a different language that happened to use English words and had a childish obsession with sex, and people pretending not to see or hear the crude sexual inuendo. That joke got old after the 2nd chapter.

And where were the descriptions? I will answer that - totally missing! It would have been so simple to identify each male with a physical characteristic - tall and dark, brawny and curly hair, melodious voice and grey eyes... but no, we got a car description, a smart suit, and... I couldn't give you any idea what the others were like. Apart from snow, and a couple of walks in the woods, I don't know which part of the world the town was in. It was all rather disorienting. I don't need much to hang my imagination on. Timber or stone? Busy streets? Town size? Type of tree in forest? But there is none of that.

I really wanted to like the heroine, and the whole book could have shown real promise, if only the POV had stopped jumping around, the sexuality had been dialed back by three quarters, and there had been a whole lot more communication (in the sense that people answered questions, spoke straightforwardly, and stopped dicking around being irritatingly obtuse).

Tamara Harrington
5.0 out of 5 stars So much yes!!!
Reviewed in the United Kingdom on 22 January 2019
Verified Purchase
WOW!!!
It is no surprise that I am a huge fan of Kristy's work and this book has ensured that my adoration for her hasn't changed at all.
This book is written from 5 different point of views but at no point is it hard to follow at all. Violet is a gypsy who is a little more than you bargain for and keeps you entertained.
The 4 monster men are all unique in their own way and are making me love them a little more every time I finish a chapter. I don't want to give away the story but this is a reverse harem situation that is going to span this entire series. It's fairly slow burn but the story has you captivated from the beginning.
I can't wait to jump into book 2 right now!
Read more
3 people found this helpful
Report abuse

M. King
1.0 out of 5 stars Obtuse and boring.
Reviewed in the United Kingdom on 25 February 2019
Verified Purchase
The main protagonist is wilfully unaware of what’s going on around her and all other characters speak in cypher. Nothing of any consequence happens in the entire book other than our heroine flirting with 4 male monsters whilst everyone spouts obtuse nonsense.

Alison
5.0 out of 5 stars Wonderful. addictive and an absolute MUST buy
Reviewed in the United Kingdom on 17 February 2019
Verified Purchase
A few pages in and I was enthralled, by half way through I was yearning for more, I have just finished reading this fantastic book and I am totally fixated.
I don't usually like writing reviews as I find it difficult expressing what I think, I will just say that this is so well written that I was so totally engrossed and the day has flown by and I haven't been able to put it down. An incredible start to a series, wonderful characters and laugh out loud humor, what's not to love.
I have read books by this author before, though didn't realise, as they were by CM Owens who I now know writes as Kristy Cunning. I have never been disappointed with any that I have read. This book however, is my favorite so far, I can't recommend it enough!
Read more
One person found this helpful
Report abuse
See all reviews
Get FREE delivery with Amazon Prime
Prime members enjoy FREE Delivery and exclusive access to movies, TV shows, music, Kindle e-books, Twitch Prime, and more.
> Get Started
Back to top
Get to Know Us
Make Money with Us
Let Us Help You
And don't forget:
© 1996-2020, Amazon.com, Inc. or its affiliates