Skip to main content
Gypsies and over 1.5 million other books are available for Amazon Kindle . Learn more
Share <Embed> 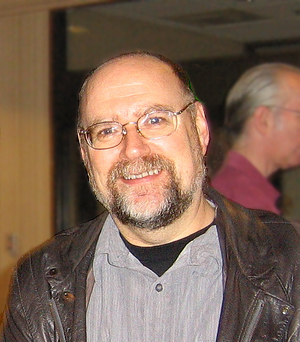 Page 1 of 1 Start overPage 1 of 1
Previous page
Next page
Start reading Gypsies on your Kindle in under a minute.

tri5ia
5.0 out of 5 stars A book that deserves more than one reading
Reviewed in the United Kingdom on 15 June 2014
Verified Purchase
I bought the Kindle version to replaced my much-read and sorely-battered hardbook. The story is captivating and so beautifully written that it haunts me.
Read more
2 people found this helpful
Report abuse

Paul Drye
3.0 out of 5 stars I'm a great fan of Robert Charles Wilson
Reviewed in Canada on 16 August 2016
Verified Purchase
I'm a great fan of Robert Charles Wilson, and a book about travelling to alternate realities is going to catch my attention. Put the two of them together and...it's a misfire. Not a bad book, by any stretch of the imagination, but not a particularly good one. The characters are well-sketched and motivated, but Wilson's interest in marriages coming apart (viz. Blind Lake, The Chronoliths, Axis, and several of this short stories) doesn't serve this instance well.

Much of the story is build-up to an end that feels rushed, and that wades through metaphysics and magic after positioning itself as hard and workaday. The resolution isn't earned.

Readable, so get it if you're a fan and it's cheap, or borrow it from the library.
Read more
Report abuse

Birkwald
5.0 out of 5 stars Great story!
Reviewed in Germany on 27 November 2020
Verified Purchase
One of my favourites by Robert Charles Wilson and I've read almost every single one of his published novels.
Read more
Report abuse

kt
5.0 out of 5 stars Rich humanity with a touch of magic
Reviewed in the United States on 11 November 2017
Verified Purchase
As always, Wilson’s writing is superb. Rich fleshed in characters in equally complete worlds.
The plot borrows lightly from his “spin” series where entire worlds lie through dimensional doorways, but in some ways, the richness of the characters feels more like his Julian Comstock.
In the end, it is it’s own story though and I loved the little paths and side trips on the way to the ending. Definitely recommended
Read more
One person found this helpful
Report abuse
See all reviews
Back to top
Get to Know Us
Make Money with Us
Let Us Help You
And don't forget:
© 1996-2021, Amazon.com, Inc. or its affiliates